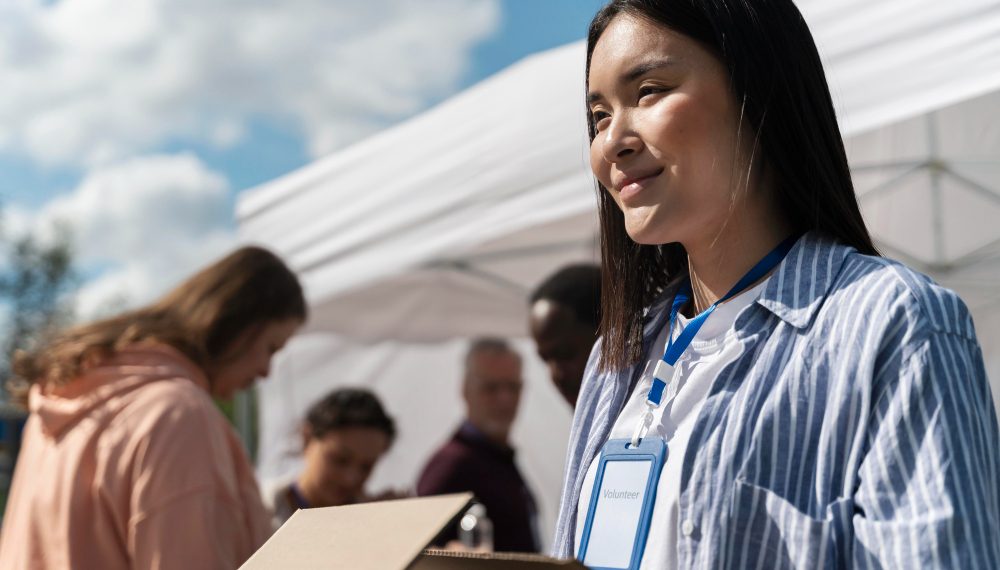 Women and girls across the world, especially in developing countries, face numerous problems – the absence of healthcare, lack of access to education, gender bias, social taboos, domestic violence, sexism, racism, and so on. While governments are trying to alleviate such plights, their initiatives alone are not enough. Many nonprofit organizations are pitching to promote women’s empowerment to reduce the gap.

Some such nonprofit organizations founded by woman leaders are inciting significant changes in diverse areas, such as promoting education and healthcare, creating the world’s most notable sports movement for people with disabilities, providing employment, and facilitating women’s entrepreneurship. These organizations recognize the worth of women’s empowerment and work to empower communities and countries. Such ideas and their implementation come from the women behind the organizations itemized below.

One nonprofit organization supporting banished women in war-torn countries is Women for Women International (WfWI). This organization has been active since 1993 and has already served 429,000 marginalized women by providing them with vocational skills and business opportunities to catch up with their lives. It also creates awareness regarding women’s legal rights to facilitate their well-being and that of people around them. Founded by an Iraqi-American humanitarian and entrepreneur, Zainab Salbi, WfWI was developed to disburse loans and aid worth over $118 million to women in eight conflict zones. The World Economic Forum has named 23 -year-old Salbi a Young Global Leader in 2007, and she has also been named a Clinton Global Initiative Leader in 2010. Currently, Jennifer Windsor is the CEO of WfWI and leads 550 staff members across 11 international offices.

The National Organization for Women (NOW) is the largest feminist organization in the U.S. In 1966, thousands of representatives gathered at the Third National Conference of the Commission on the Status of Women in Washington, D.C. The conference’s theme was “Targets for Action,” but the delegates were frustrated as they lacked the power to pass a resolution to end sex discrimination in employment. Betty Friedan, author of The Feminine Mystique, and 27 other women set up NOW As an alternative solution to establish women as equal partners to men in American society. Since its inception, NOW has initiated various actions on various issues promoting women’s rights. Some of the significant victories of this organization include putting more women in political positions; augmenting their educational, employment, and business opportunities; and driving stricter laws against harassment and discrimination.

When Malala Yousafzai was still a schoolgirl, she advocated for women’s education and empowerment in Pakistan. In 2012, a Taliban gunman shot her in the head, but she survived. After recuperating, Malala became more vociferous about women’s cause, and today she is a prominent advocate of female rights and education. Malala is also the youngest person ever to receive the Nobel Peace Prize. She launched a nonprofit organization – the Malala Fund, which provides young girls with 12 years of education to achieve their potential and bring about positive changes within their families and communities. The Malala Fund works to enhance safe and quality education for girls while advocating for policy changes and resources prioritizing girls’ education. It is working to create a world where every girl has access to education and earnings.

Millions of people worldwide do not have access to primary surgical care. In most developing countries, local doctors and resources are stretched thin to provide medical care. Samahope empowers supporters globally to fund these doctors via crowdfunding to deal with this issue. Donations support treatments for birth injuries, burns, congenital disabilities, blindness, and trauma-based injuries. So far, Samahope has activated over 3,000 donors to help more than 6,000 patients. Leila Janah and Shivani Garg Patel launched Smahope in 2012. Janah is an award-winning social entrepreneur who founded the nonprofit organization Sama Group. This organization utilizes technology and social business to connect people to work, education, and healthcare. The healthcare arm of Sama Group is among the three initiatives. Shivangi Patel is a former Microsoft product manager, McKinsey consultant, and contributor to the Grameen Foundation, World Bank, and the World Health Organization.

Shaney Jo Darden founded the Keep A Breast Foundation (FAB) when her friend was diagnosed with breast cancer. FAB aims to spread breast cancer awareness through art and creative-action sports culture. FAB provides young people with breast cancer education and support. The activities of this organization range from hosting traveling education booths at music tours to promoting fundraising through its DIY Action program. In addition, FAB offers multiple channels for people to learn and play a part in the mission.

Numerous children live with a parent suffering from cancer. Camp Kesem, a nationwide community spearheaded by college student leaders, supports such neglected children through innovative and fun-filled programs. Iris Rave, a camper herself, started the first Camp Kesem chapter at Stanford University with only four student leaders in 2000. They opted for ‘kesem,’ the Hebrew word for “magic,” as they sought to usher in magic to families affected by cancer. Since its inception, Camp Kesem has empowered 6,642 student leaders across the U.S. to provide transformative camp experiences for more than 11,352 neglected children. It is worth noting that 99% of the parents involved have claimed they believe Camp Kesem has positively affected their families. Their children now have new confidence, support, and increased self-esteem.

Girls Who Code, a nonprofit organization, aims to inspire more girls and women to enter the historically predominantly male-dominated computer science, engineering, and coding fields. While 74% of middle school girls want to pursue science, technology, engineering, and math (STEM) studies, only 0.4% of high school girls choose computer science as their major. Girls Who Code aims to empower girls with the computer science education and skill sets necessary to pursue opportunities in the 21st century to narrow this gap. Reshma Saujani, the deputy public advocate of New York City, is the founder and CEO of the organization. Girls Who Code launched its program for 375 girls in multiple cities in 2014. About 90% of these girls continued to pursue computer science or a closely related field of study, and 77% of them changed streams due to their association with Girls Who Code.

Days For Girls is a nonprofit organization devoted to destroying the stigma associated with menstruation. This organization works to augment access to menstrual supplies, make education and healthcare available for women, encourage social entrepreneurs, mobilize volunteers, and innovate viable solutions to help fight limitations for women and girls worldwide. Celeste Mergens is the founder and CEO of Days For Girls. While working in an orphanage in Kenya, Mergens learned that many women were sitting on cardboard while menstruating, missing school. Lack of This prompted her to help ensure girls’ and women’s access to menstrual hygiene products, which created a washable, long-lasting pad. As a result, education has changed the lives of over 2 million girls and women.

The above-mentioned nonprofit organizations are only a few of the beautiful organizations launched by women leaders. The problems they try to solve are deeply deep-seated in our society, but their drive and resourcefulness push their missions forward and create an extensive impact.

State of Women's Leadership and the Way Ahead