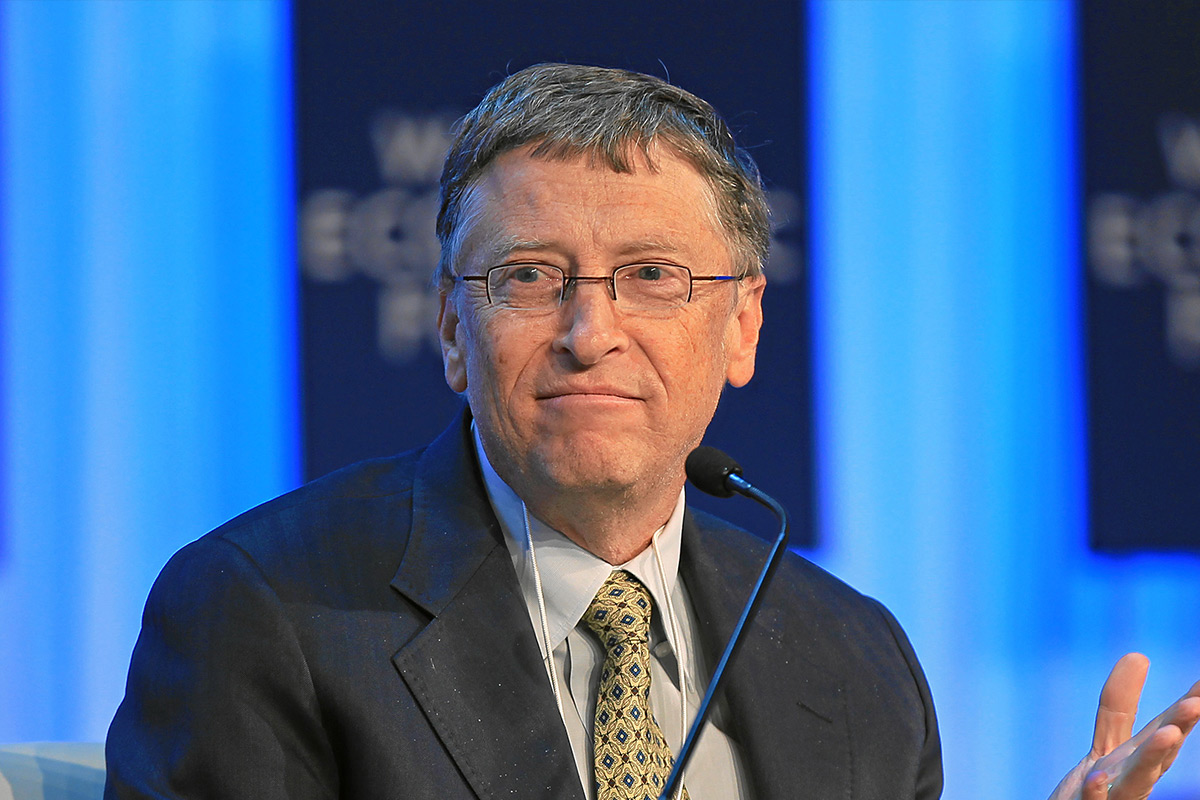 “It’s fine to celebrate success but it is more important to heed the lessons of failure.” Bill Gates

With a net worth of over $115 billion, there is no doubt that Bill Gates is one of the most successful businesspersons in the world. He founded the company Microsoft with Paul Allen in 1975 and dominated the software market.

A true measure of a person’s success is not just about how much wealth he/she has accumulated in a life time. The real value of a person is the contribution to society. Bill is no longer actively involved with Microsoft. He stepped down from the board earlier this year, and he is now spending most of his time in philanthropic endeavors.

Bill owns less than 1% of Microsoft shares. But, he has diversified his portfolio of investments to ensure he doesn’t have to worry about his finances ever in his life. Through his Gates Foundation, he has pledged $300 million to fight the global pandemic. His life and many successes are something that business owners should strive to replicate.

Over the years, Bill has shared some of his wisdom and market insights with the world. Here are five significant business tips that you will find useful.

The daily schedule of a business owner can be quite hectic. Right from going through those to-do lists to checking emails late into the night, the story is the same even for Bill.

The thing about being a business owner is that you don’t have the luxury of switching off during the weekends the way most employees do. You will have some pending work to catch up on, unless you are ruthless about having some time for yourself, but even here you are obligated to get things done for the house and attend to the needs of the family.

What Bill does is he takes two weeks off every year to get away from everything. This is the time he uses to just read and think. This is the time when he gets to think about what his company has been doing and what the future could look like.

Business Tip 2: Network with Bright People and Learn from Them

There is only so much that one person can learn in a lifetime, no matter how intelligent you are. There will always be some areas that you will be lacking in.

If you are good with numbers, you may not be good in marketing. If you know how to write a good copy, it doesn’t mean that you will be an eloquent speaker. Similarly, you will not be able to acquire knowledge in all the subjects under the sun.

Bill and Warren Buffet are good friends, but that friendship wasn’t built on some kind of a give-and-take relationship. The two of them met in 1991 and had such an engaging conversation that they had to be pulled away from their respective family members.

Warren is good with things like pricing and evaluating businesses, which is something that Bill has a keen interest in. Similarly, Warren isn’t good when it comes to understanding modern technologies. They can both rely on each other for information and insights about their respective domains of expertise.

Business Tip 3: How to Read Books

Reading books and acquiring knowledge will help a small business owner to see the future a little more clearly. As the head of a technology company, Bill has to constantly read to be at the top of an industry that has been changing at a very rapid pace.

The way Bill reads books is that he has a rule- he always starts a book with full intention of finishing it. He doesn’t leave any book halfway through like most other people. While he reads, he tries to think about the content and assimilates the information by making notes in the margins and really thinks about what he is reading.

There is no point in reading books if you don’t remember its contents. How many books have you read this past year? How much of it do you remember? How many of those strategies have you implemented in your business?

Business Tip 4: What Does It Mean to Be a Genius?

When Bill was still a 28-year-old CEO, he was interviewed by CNBC who referred to him as a genius. Bill wasn’t embarrassed by the word and the reason for that was because he had a different experience about what the interviewer was asking him.

What Bill did back then, and perhaps since then, is that he enjoyed working with people, talking about their work, and getting excited about what they were building. His work not only involved getting his team interested in his vision but also chatting with customers to understand what their needs were.

The fact that Bill and his team enjoyed their work helped them to build a successful business. Their success now feels like genius to outsiders.

The one quality that Bill describes as the one that really helped him in many things that are not restricted to his business is obsessing about measuring every task. He would often ask his team what the best practices are for a specific task.

Getting everyone to measure their work not only helps management to keep track of the performance, but it will also give the person performing the task a benchmark against which she can compare her performance.

Every Challenge Is an Opportunity

In the 1990s the world faced the dot com bubble. In the year 1999 there was widespread fear of the Y2K bug. 20 years later the world is still using computers and the internet is still the next big opportunity for many companies.

The Great Recession of 2008 wiped out many companies, but this was also the time when new companies were built, and new fortunes were made. 10 years from now there may be yet another challenge the world will face. The question is whether the smart business owners will see the opportunities these challenges will create or dwell on the problems.

Why Entrepreneurs Must Protect Themselves from Negativity through These Mindfulness Strategies