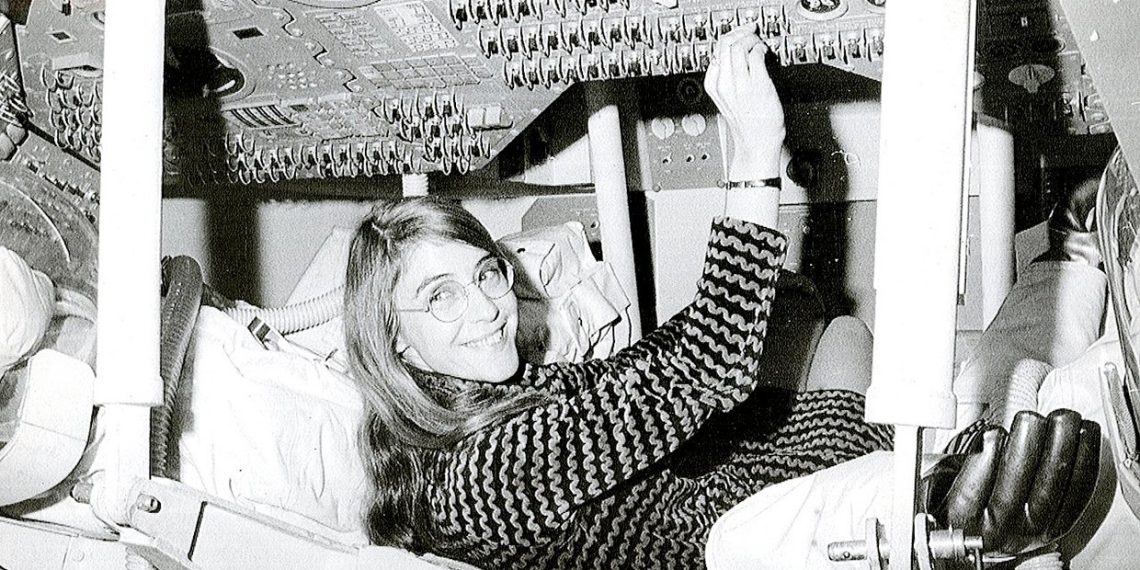 While talking about American history, most of us discuss innumerable names – most of the men. However, we should not forget that America has seen several powerful and influential women who played crucial roles in shaping the society we live in today. While some of these women are popular, many others have disappeared into oblivion.

As Women’s History Month is underway, we will talk about some famous women in American history. Perhaps many of you have not heard about these women who helped make America a great nation.

When we talk of prominent women in the history of America, Margaret Hamilton’s name should be taken with great pride. Everyone knows that men set foot on the moon for the first time in 1969. Along with many well-known men, many women also played a crucial role in the Apollo 11 mission. Margaret Hamilton was the leader of the Software Engineering Division of the MIT Instrumentation Laboratory used by NASA for the Apollo 11 mission. Hamilton led the development of the navigation system and the spacecraft’s guidance.

Elizabeth Cady Stanton was an American abolitionist, suffragist, and social activist working toward the early women’s rights movement. Stanton organized the first women’s rights convention in Seneca Falls in 1848. Along with Susan B. Anthony, she formed the National Woman’s Loyal League and co-established the National Woman Suffrage Association. The main aim of these associations was to help women in the United States gain the right to vote in making the country’s government.

Sybil Ludington was a female revolutionary who rode a long distance on a horse during the night for American freedom. When Sybil was just 16 years old, one day, her father received information that the British were to attack Danbury, Connecticut. Sybil rode on a horse in torrential rain and covered 40 miles to inform the villagers that the British were coming. After this successful ride, she served as a messenger in the Revolutionary War. However, people forgot her soon after that.

Mary Ware Dennett was an artist, suffragist, birth-control reformer, and anti-war advocate. Dennett began her reform career at the National American Woman Suffrage Association, where she served as a literature coordinator and wrote several influential essays for the movement. In 1915, Mary founded the first birth control organization in the United States, the National Birth Control League (later renamed the Voluntary Parenthood League). Along with Margaret Sanger, she was the leader of the birth-control reform movement in the 1920s.

Lee Krasner was an American abstract expressionist painter and wife of renowned artist Jackson Pollock. Krasner worked in the latter half of the 20th century, and her artwork was often overlooked and ignored. Though she was an accomplished painter, Krasner never received the recognition she deserved. Several volumes of her artwork were rediscovered in the 1970s and had a retrospective exhibit at the Museum of Modern Art.

Most people remember Hedy Lamarr as a glamor girl of Hollywood, but very few know she was also an inventor. She worked together with George Antheil, a composer, to develop the idea of “frequency hopping.”

Her innovation would have helped prevent military radios from being bugged, but the US Navy ignored her patient initially. Later, many technologies were developed based on the same concept, without giving any credit to Hedy any credit for it. Much later, Hedy was honored with an Electronic Frontier Foundation Award before her death in 2000, when the original patent was discovered.

You cannot miss the name of Margaret E. Knight when talking about famous women in America who made a significant impact. Knight was born in Maine and went a long way from working in a factory to inventing a product. The way her people packed the groceries changed forever when the paper bag was invented. She created a machine that could produce paper bags with flat bottoms in mass volumes. Even today, such devices are designed based on the original design of Knight.

Mary Edwards Walker is the first woman physician in the US Army and the only woman who has received the Medal of Honor. Her application to join the Union Army as a Medical Officer was rejected, and she volunteered as a surgeon. She was captured and kept as a Prisoner of War. Later, she was released and acted as an assisting surgeon. She attended to sick and wounded soldiers, both in the fields and hospitals, at the risk of her health. She also fought for women’s rights.

Born in California, Harriet Chalmers Adams was an American writer, photographer, and explorer. She traveled with her father from Oregon to Mexico without any fear when she was a kid. Adams could speak six languages fluently. The most important and exciting thing about Hamilton is that she traveled almost the whole world and wrote for National Geographic.