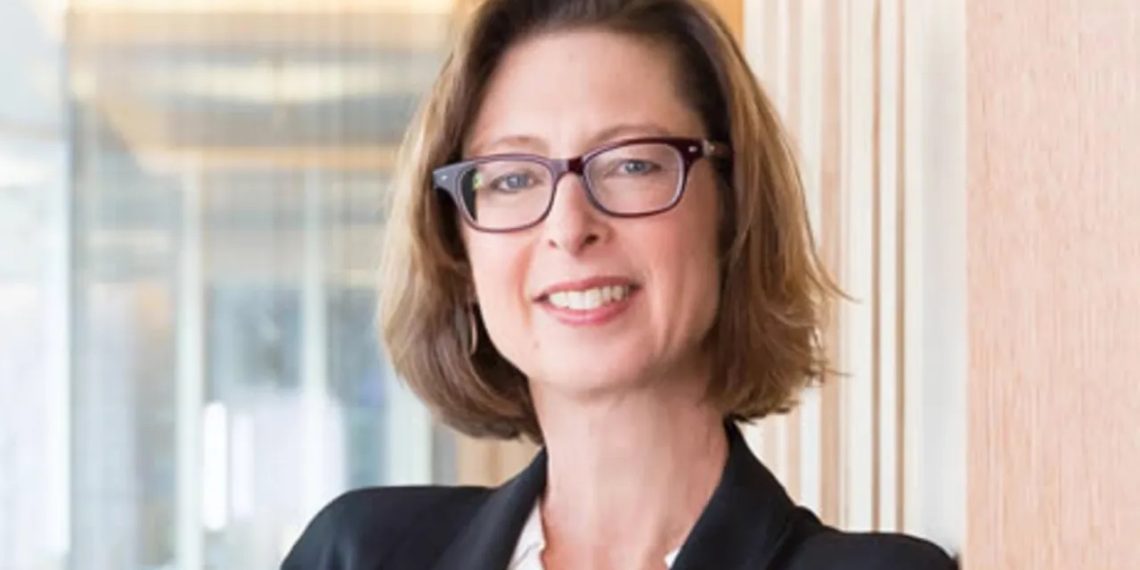 by The Editorial Team
in HER Story
Reading Time: 6 mins read

It has mostly been a male-dominated society when it comes to financial matters. Benjamin Graham, John Templeton, and George Soros are some of the leading names in the investment industry. However, the times are changing, and we can see females making their space in different sectors. Investment might be a male-oriented profession for years now. In today’s competitive world, females make more wise decisions and lead the world with extraordinary thinking abilities. Abigail Johnson is one such female making her name in the investment industry. She is one of the wealthiest female investors and a leading American businesswoman billionaire scripting history. Here, we will talk about the story of this exceptional woman and her accomplishments.

CEO and President of Fidelity Investments

Born in 1961, 61-year-old Abigail is currently serving as CEO and President of Fidelity Investments. The net worth of the company is more than USD 17 million. She holds about 24.5% of shares in the company as of March 2019. Fidelity International is one of the largest financing companies in America, dealing with various services such as financial planning, advice, retirement, trading, brokerage, and wealth management-related services.

The company was founded by her grandfather, Edward Johnson II, in 1946. In 2014, she was sworn in as the CEO and President of Fidelity Investments. She also became the chairman of the sister international company – Fidelity International. In 2016, she started serving as the company’s president, which gave her complete control over Fidelity. The company has more than 40,000 employees.

Abigail Johnson has Started as an Equity Analyst

Abigail completed her Bachelor’s degree in History and then did her MBA from Harvard Business School. She joined Fidelity Investments as an Equity Analyst when she was 27. Abigail Johnson is the eldest child and has two younger siblings. She even worked as a Research Associate after completing her Bachelor’s.

This gave her a deep knowledge of the industry and introduced her to the field. She has spent years with Fidelity and progressed through to reach her position.

“No matter how senior you get in an organization, no matter how well you’re perceived to be doing, your job is never done. Every day, you get up, and the world is changing; your customers are expecting more from you. Your competitors are putting pressure on you by doing more and trying to beat you here and beat you there.”

Abigail will be completing 34 years with Fidelity. Here’s a timeline of her serving the leading investment firm.

Fidelity Investments now has more than 83.4 million accounts and assets worth $10.4 trillion. The company added around 4.1 million new clients in the first quarter of 2021. All of these can be attributed to the company’s growth initiatives and efforts taken by the CEO and President. Since she joined, she has made a remarkable contribution and helped the company reach heights.

Abigail has been rewarded for her contribution to the field. She has received various awards and recognitions.

“Blockchain technology isn’t just a more efficient way to settle securities. It will fundamentally change market structures, and maybe even the architecture of the Internet itself.”

Abigail is genuinely changing the notion that investment is a male-dominated world. Besides this, she has even been known for embracing newer innovations and approaches. Since cryptocurrency and bitcoin are gaining popularity, she even started embracing these. In 2018, she introduced a platform on Fidelity that allowed the investors to trade in bitcoin and ether. She believes that bitcoin is one of the inventions in the company, which is helping them grow significantly.

“Sometimes, you can gradually improve things. But sometimes, they don’t work, and you’ve just got to say: Let’s grind this baby to a halt.”

Her approach to work has always been practical and focused on the customers’ perspectives. She truly believes that there will be good days and rough days. An individual must be focused on their goals to gain success. There is much more to learn and take inspiration from the wealthiest billionaire in America. She sets the right example: all you need to do is take risks to live that successful life ahead.

Alyse Maslonik’s Childhood Experiences Led to the Foundation of RedefinED