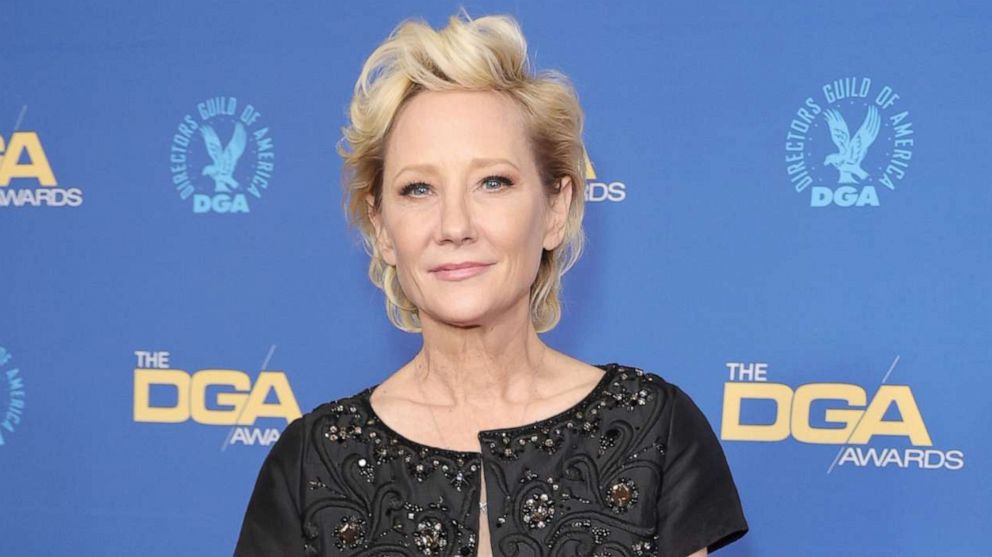 After sustaining severe injuries in a car crash last week in Los Angeles, all hope seems to be lost for the famed Hollywood Diva, Anne Heche. In a statement issued by the family, it was conveyed that the actress may not live. The statement further read that the actress suffered a lethal anoxic brain injury, and while she remains in a coma, she is not expected to survive.

It has been revealed that Heche is kept alive on life support, and efforts are being made to determine whether any of her organs are viable to donate. A representative of Heche’s family was quoted by the Washington Post saying that the actress is “brain dead”.

Heche, 53, crashed her Mini Cooper into a house in Los Angeles last Friday, which caused both the car and the house to erupt in fire. Nearly 60 firefighters labored for over an hour to put out the flames. The resident of the house is said to have narrowly escaped physical harm.

The actress, too, was pulled out of the car with severe injuries and burns. A representative of the actress’s family told the media days later that the actress had gone into a coma. In the meantime, the police have been trying to ascertain whether Heche rammed her car under the influence. According to them, initial tests revealed traces of narcotics in Heche’s blood; however, further tests are being run to determine whether the traces were found due to her medical treatment.

Heche rose to fame and prominence following her appearance on the soap opera Another World in the 1980s. Her fame reached new heights when she played an iconic role in ABC’s Men in Trees. The diva holds acting credits for nearly 80 roles played in both films and on television. The actress is also worth $4 million as of 2022 and will leave a substantial legacy behind.

In the late 1990s and early 2000s, the actress shot into the limelight and garnered huge media attention for her iconic romantic relationship with entertainer Ellen DeGeneres. The relationship lasted almost three and a half years, and the duo was referred to as Hollywood’s most prominent gay couple. Though the relationship did not last long, the couple once stated that they would get into a marriage if the same became legal in Vermont. However, Heche has not been in a homosexual relationship before or after her affair with Ellen DeGeneres. She has revealed that other than Ellen, all her relationships have been with men.

Reportedly, Heche left Ellen for a cameraman named Coleman Laffoon, whom she had met on Ellen’s stand-up comedy tour. In 2001, Hache and Laffoon married and soon had a son. However, this relationship again did not last, and after more than five years of marriage, the couple separated in 2007. Again, it was assumed that Heche left her husband Laffoon for Men in Trees actor James Tupper, with whom she had another son in 2009. Ironically, Heche separated from Tupper too in 2018.

On the family side, Heche has had a troubled history as well. She has four siblings, and three of them have died tragically: one from a heart defect, another from brain cancer, and the third in a car crash.

Heche has also been estranged from her mother, Nancy, ever since she confronted her about sexual abuse that the actress claims she suffered from her father. In her memoir Call Me Crazy, published in 2001, Heche added that when she contracted genital herpes during infancy, her mother claimed that it was a diaper rash. Heche claimed that her mother refused to take her to the doctor, an allegation that her mother has always denied. Heche’s father, too, Donald Heche, died from AIDS soon after it was revealed that the Baptist Minister and Choir leader had been secretly involved in homosexual behavior.

In terms of her mental health, Heche has had a lot of trouble. In 2001, Heche reportedly drove from Los Angeles to Cantua Creek wearing a bra and shorts and, after having parked her car, walked 2.4 kilometers in a random direction. She is said to have reached a ranch house, where she was led in by the owner, took off her shoes, and had a bath, following which she suggested the owner watch a movie with her. After the owner contacted the Sheriff’s department and Heche was taken to Fresno’s University Medical Center’s psychiatric unit, Heche told the deputies that she was “God, and was going to take everyone back to heaven in a spaceship.”

Though Heche was released after a few hours, she herself stated that she had been mad during the initial 31 years of her life and that her insanity was triggered by her father’s sexual abuse during childhood and infancy. Heche also claimed to have created a fantasy world, which she called “Fourth Dimension”, and had an alter ego named “Celestia,” who was the daughter of God and half-sister of Jesus Christ.

It is clear that Anne Heche, the actress, director, writer, and producer, has led quite an eventful life, and if somebody were to write about it, it might seem like a figment of some far-fetched tale that has nothing to do with reality. Perhaps, that would be her legacy and the fight that she has put through it all. Indeed, the world may know Anne Heche as the ‘woman who survived.

5 Ways to Learn How to Value Yourself

Kristen Thomasino: Investing in Self Love

How to Find Your Leadership Style