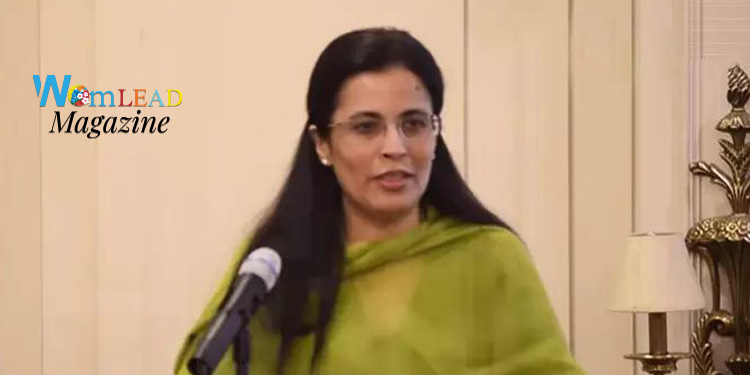 On January 24 this year, Ayesha Malik was sworn in as the first female Supreme Court judge of Pakistan. Ayesha will now sit on a bench along with 16 male judges in the country’s highest court. Ayesha’s appointment assumes significance as Pakistan, like other countries in the Indian sub-continent, has primarily been a patriarchal society where violence against women is commonplace. According to data available from Pakistan’s Punjab Commission on the Status of Women, the country witnessed 746 honor crimes, 730 gang-rapes about 1,000 rape cases, and 305 cases of physical harassment in 2017. Pakistan was ranked 164 out of 167 countries in the 2019 Women Peace and Security Index, higher than countries like Afghanistan, Syria, and Yemen. Ayesha’s elevation to the Supreme Court comes in this background.

In September 2021, a nine-member Judicial Commission of Pakistan first took up Ayesha’s case for nomination to the Supreme Court. However, her appointment failed to go through.  In January 2022, the Commission, which appoints judges to High Courts and the Supreme Courts in Pakistan, again took up Ayesha’s candidacy. Although Ayesha was selected this time, four of the nine members opposed her appointment.

Entire Pakistan, including government officials as well as the human rights activists, are celebrating, Ayesha’s accomplishment that came after an especially contentious nomination process. Human rights activists are describing her appointment as a defining moment for Pakistan. In a recent statement, the Human Rights Commission of Pakistan said, “As the first woman judge appointed to the apex court in the country’s judicial history, this is an important step towards improving gender diversity in the judiciary, where women reportedly account for only 17 percent of judges overall and just under 4.4 percent in the high courts.”

Fifty-five-year-old Ayesha completed her initial education in Karachi, Paris, London, and New York, followed by earning degrees from the Government College of Commerce and Economics in Karachi, Pakistan College of Law in Lahore, and Harvard Law School in the United States, reports Al Jazeera.

Before becoming a judge at the Lahore High Court, Ayesha served at two law firms. In addition, she taught banking and mercantile law at different colleges and contributed to publications like the Oxford Reports on International Law in Domestic Courts, according to NPR.org. Ayesha even appeared as an expert witness in family law cases in the United Kingdom and Australia on issues related to women’s rights, child custody, and constitutional protection for Pakistani women.

A mother of three, Ayesha Malik is credited with rolling back patriarchal legal mores in Punjab province. According to a report in the Indian Express, Ayesha delivered her most famous judgment in January 2021 when she ruled against the virginity test (two-finger test) of rape or sexual assault victims. Delivering her judgment, Ayesha quoted from the Supreme Court of India’s verdict n Rajesh & another Vs State of Haryana, saying, “The virginity test by its very nature is invasive and an infringement on the privacy of a woman to her body… The conclusion drawn from these tests about a woman’s sexual history and character… leads to adverse effects on the social and cultural standing of a victim.” She added, “What it does is place the victim on trial in place of the accused… even the most promiscuous victim does not deserve to be raped.”

In an interview, posted on the United Nations Office of Drugs and Crime website, Ayesha, then a judge in the Lahore High Court, said, “The biggest way I’ve had an impact is that I’ve become a voice. I’m there to call out discrimination, call out stereotyping, and bring out the gender perspective. I’m the voice that nudges, reminds, and suggests ways to improve ourselves and make our system more inclusive.”

Welcoming Ayesha’s appointment as the Supreme Court judge, Nazish Brohi, a writer and researcher on violence and conflict, says “it is not just a token representation for women”. Echoing Brohi’s views, Khadija Siddiqi, a lawyer, and human rights activist told Al Jazeera, “Ayesha has broken all barriers in the judicial system and it will allow other women in the system to move forward. I hope this will lead to more women-centric decisions by the judiciary in the future.”