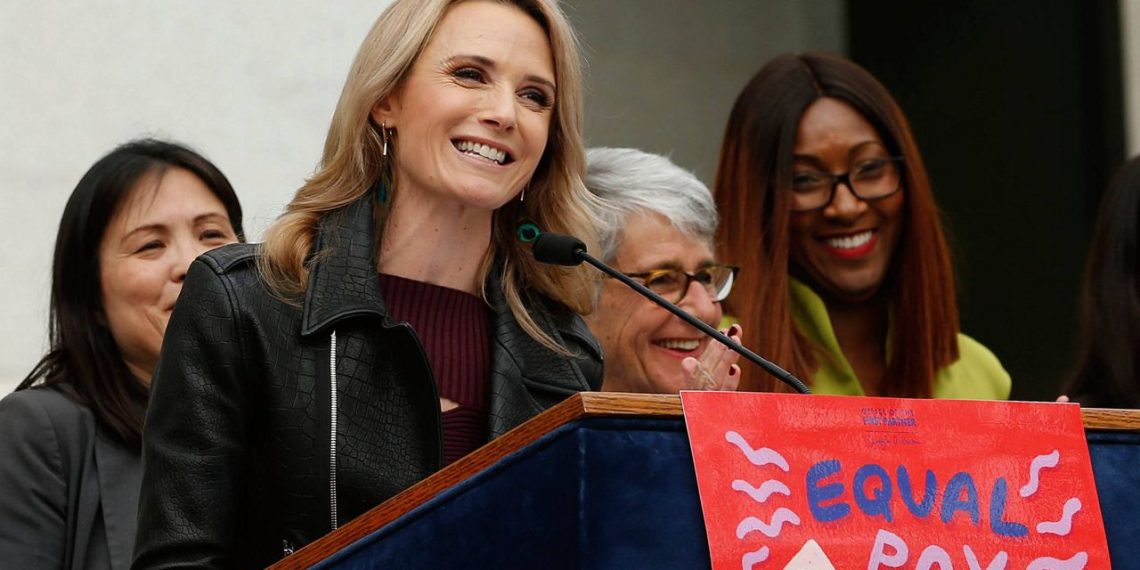 The measures signed by Governor Newsom include SB 1162 by Senator Monique Limόn (D-Santa Barbara), which requires the employers in the State to make salary ranges for positions known to applicants and expand pay data to better identify the gender and race-based pay disparities.

“California has strong equal pay laws in the US, but we are not stopping from ensuring that all women in our state are treated equally in all spheres of life,” Governor Newsom said.

Speaking about the new measures, he said that they will bring “new transparency to pay gaps, end discriminatory pricing of products that are focused on gender, and expand support for women who are survivors of abuse and assault.”

Governor thanked the Legislative Women’s Caucus for their partnership in building and creating a more equitable California for all.

“To achieve a California for ALL, we must dismantle the existing patriarchal systems that have prevented women from accessing equal pay, secure housing, ensure fair prices on goods, and support services and privacy for women after sustaining a sexual assault,” First Partner Jennifer Siebel Newsom said.

Newsom further said that these bills will put California in the right direction and that she was grateful to all those who worked to move the needle forward towards true gender equality in California.

Member of Assembly Cristina Garcia (D-Bell Gardens) said, “Over the last two years, the Legislative Women’s Caucus has been working tirelessly to help California reverse the crushing impacts of the COVID-19 pandemic on women, especially on the women of color. The reality is that these issues were there long before the pandemic, but COVID-19 exacerbated and highlighted the work we needed to do to lift all women, especially low-income women of color. All this has given us a greater sense of urgency.”

The new priority legislation is a diverse package of bills that will lead to further pay equity and a positive difference in the lives of women, children, and families in the state of California. It will also ensure to improve the system so that the State better values women and everything they bring to the table.

The major highlight of the legislation is the SB 1162 bill, which requires employers to make pay scale information accessible for the employees and those applying for the positions. Building on a measure that the Governor of California signed in the year 2020 to identify the patterns in wage disparities through mandatory statewide pay data reporting, SB 1162 measure expands the state pay data reporting requirements, which will include sex, race, and information about the ethnicity of all contracted employees.

Governor Newsom also signed AB 1287, which was put forth by Assembly member Rebecca Bauer-Kahan (D-Orinda), and this measure eliminates the discriminatory “pink tax” wherein prices for goods were based purely on the gender that they were marketed to. AB 1287, however, allows the price differences in the instance that there is a difference in cost or the time spent to produce a particular good.

Additionally, the Governor signed AB 1467 by Sabrina Cervantes (D-Riverside), which is a measure that supports the survivors of sexual assault and domestic violence and prevents the counselors at public colleges from being independent of the Title IX office and prohibits them from releasing the identity of victims without seeking prior permission.

Another measure that the Governor signed was AB 2185 by Assembly member Dr. Akilah Weber (D-San Diego), which provides domestic violence victims access to free medical evidentiary exams through Local Sexual Assault Response Teams or through any other qualified medical evidentiary examiners. Another measure was SB 1017 by Senator Susan Talamantes Eggman (D-Stockton), which increases eviction protection for all survivors of domestic abuse, sexual assault, trafficking, and other serious crimes.