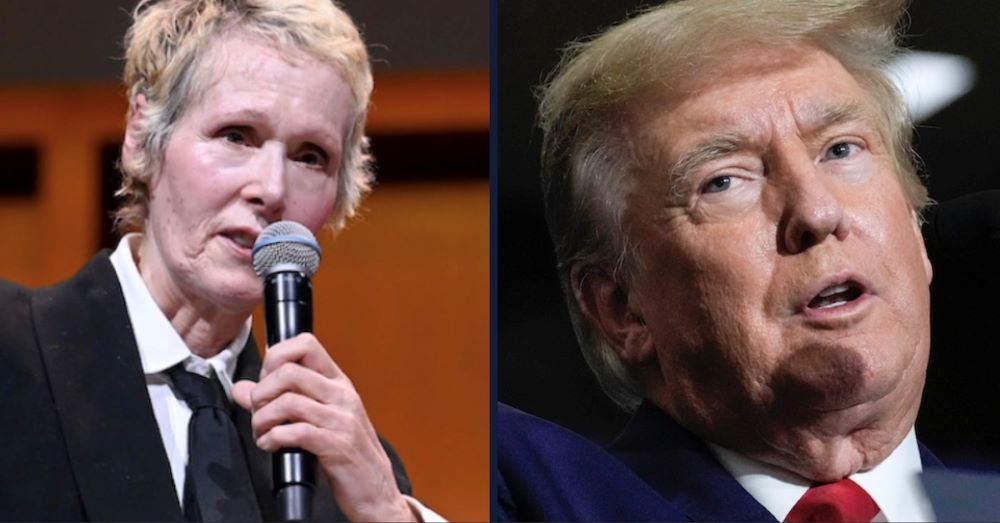 What is E. Jean Carroll’s Defamation Lawsuit against Donald Trump?

Donald Trump, Former President of the United States, was questioned under oath on Wednesday in a defamation case filed against him by E. Jean Carroll in 2019, but what is the lawsuit against Donald Trump all about? Let us find out!

E. Jean Carroll is a journalist, author, and former advice columnist for Elle magazine. She accused Donald Trump of raping her almost two decades ago in a New York City department store and filed a lawsuit in 2019 – an allegation that Trump has since denied.

In 2020, while Trump was still serving his White House term, the Justice Department, headed by Attorney General William Barr at that time, moved the case to federal court. The transfer of the lawsuit was based on a law that is designed to protect federal employees. However, the lawsuit against Donald Trump was brought in his personal capacity and not as a president. Like the Zervos case, Jean had filed a New York State court lawsuit that accused Donald Trump of defamation.

The lawsuit read: “After he lied of attacking her, he surrounded that lie with a swarm of related lies to explain why she has invented an accusation of rape. In doing so, he smeared her integrity, dignity, and honesty – all in the national press.”

The government lawyers had moved to substitute the US government in Trump’s place as a defendant. Since the government cannot be sued for defamation, it would have prompted a dismissal. However, it did not come to pass.

Lewis Kaplan, the US District Court Judge, rejected the substitution on the following ground: “The facts demonstrate that Donald Trump was not acting in furtherance of any of his duties owed to the arguable employer (United States) when he made those statements that are at issue here. His comments concerned a sexual assault that had taken place many decades ago before he took the President’s office, and the allegations in concern have no relationship to the United States or the official business of the country.”

Kaplan also concluded that the former President was not a federal employee. That finding was overturned last month by the US Court of Appeals for the Second Circuit in a 2-1 decision. However, the appeals court decision failed to rule, whether Trump’s comments concerning Carroll were made in the capacity of a president. The judges also asked the US Court of Appeals (District of Columbia Circuit) to review that question.

The legal questioning of the former President, which his lawyers have long tried to avoid, was said to take place at Trump’s residence in Mar-a-Lago, Florida.

“We’re pleased to announce that on behalf of our client, E. Jean Carroll, we were able to take Mr. Donald Trump’s deposition today. We are not able to comment further,” said Zak Sawyer, a spokesman for the law firm which represents E. Jean Carrol.

“This case is nothing but a political ploy like many others against Donald Trump,” Alina added.

However, Carrol is not the only woman who has brought accusations of such nature against the former President. At least 19 women have accused him of sexual misconduct during and after his 2016 presidential campaign. Even Trump himself was seen boasting of groping women in a leaked “Access Hollywood” tape.

Summer Zervos, who was a one-time contestant on “The Apprentice,” a TV show that starred Trump, also sued the former President for defamation after he denied having sexually victimized her. Attorneys for both sides in the Zervos case agreed to a stipulation that ended the lawsuit.

Carrol wrote a book titled “What Do We Need Men For? A Modest Proposal,” which contained a vivid description of the said alleged assault. An excerpt of the book was also published in the New York Magazine.

Carroll’s account said that during the 1990s, Trump raped her in a dressing room of Bergdorf Goodman’s department store after he asked her to try on lingerie that he considered buying for her as a gift.

Trump had since denied ever knowing Carroll, even when there was a photo of both of them in the New York Magazine excerpt. He even said that Carroll was not his “type” and that she was trying to boost the sales of her book, which “should be sold as fiction.”

Trump’s lawyers initially argued that discovery – the process in which disputed sides exchange evidence and record the sworn depositions of witnesses – should be halted and the lawsuit dismissed. That motion was denied for the lack of a basis for dismissal.

Alina Habba, Trump’s attorney, had also written a letter last month wherein she asked Kaplan to put the lawsuit on hold pending a ruling by the Washington D.C. Circuit on whether the former President’s comments concerning Carroll were made in the extension of his government duties.

Kaplan also denied that motion and ruled that Trump “has failed to establish that he has a very strong likelihood of success” in the pending appeals court review.

Legal experts say that the final decision in the lawsuit may take more than the stipulated time. Recently, New York State enacted a statute that gives adult victims of sexual assault and abuses a window of one year to file a civil lawsuit against their attackers, despite how many years ago the alleged assaults occurred.

Carroll’s attorney, Roberta Kaplan, notified the judge last month that Carroll plans to file one such lawsuit on November 24, i.e., the date when the one-year window opens.

“The question of whether Mr. Trump raped Ms. Carroll is central to this case. But it will also be central to the new case that will be filed on November 24, 2022,” the judge wrote. “Accordingly, the discovery and evidence to determine whether or not the rape happened would be relevant to both the cases.”

Mentor Meeting: Tips for the First Meeting with Your Mentor