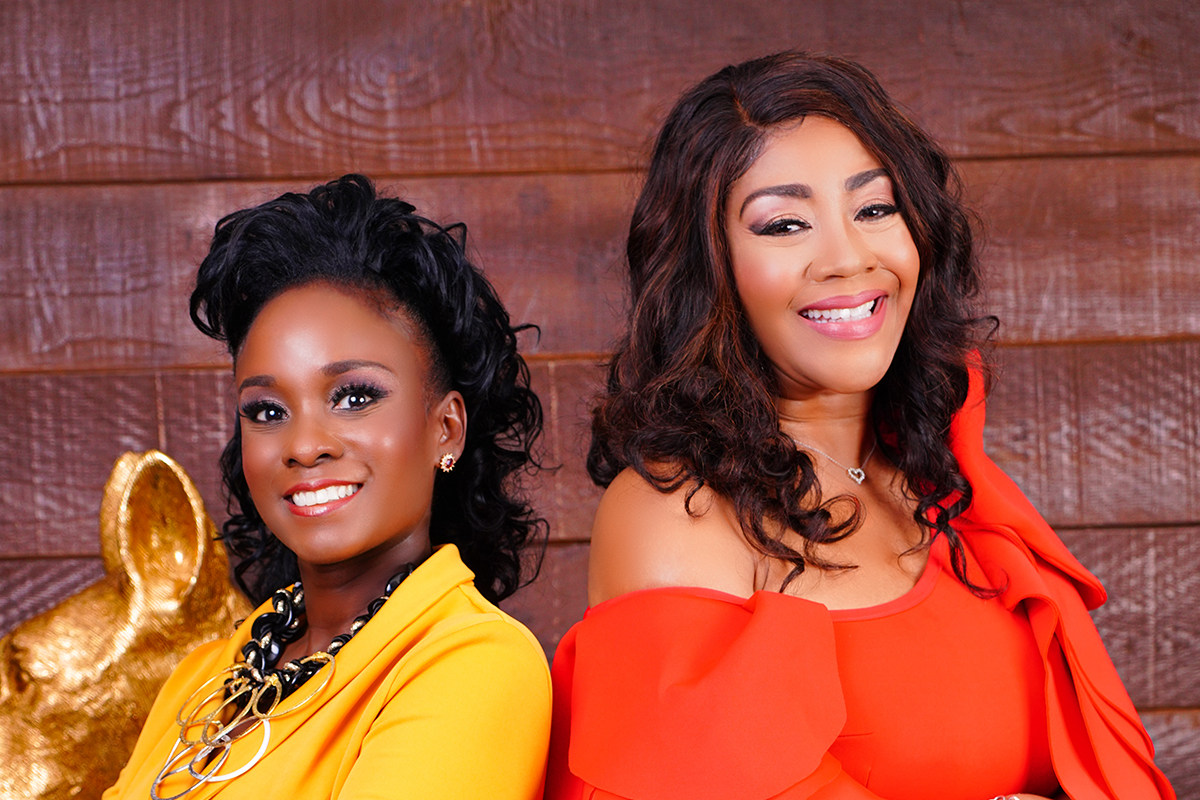 Dellesa Kirk-Johnson and Nicole Cummings: The Duo Who Made the Unique ‘Sophisticated Out Loud’ Model a Success

By the word business, most people think about things that are serious. Tense closed-door meetings, hiring’s and firings, life-making profits and life-ruining losses are generally the situations they connect with the word business. But there are also types of businesses that bloom in completely fun-filled environments, where people connect with each other for long-term benefits while relaxing. Yes, this is also a reality in entrepreneurial undertakings and Sophisticated Out Loud (SOL) is an example.

SOL is an event-hosting company led by Dellesa Kirk-Johnson and Nicole Cummings who have nearly two decades of combined experience in the corporate and entertainment industry. The journey of SOL, which holds regular events at various locations around Palm Beach County and highlights various business and community leaders and even elected politicians as sponsors. Apparently, the platform is about fun, but it is also about interaction that promises serious outcomes. SOL’s tagline ‘Networking disguised as a party’ summarizes its motto well and the credit of setting up such a unique and successful business model goes to the two women, Dellesa and Nicole, who are well-equipped in organizing parties. They said there were not many networking entertainments options available for business-savvy professionals in Palm Beach County and that led to having the out-of-the-box idea of creating SOL.

SOL events start with a soft networking piano bar reception that culminates into an evening of dancing, mixing and mingling, rapport building, and connecting with business owners and/or partners and sponsors in Palm Beach County and even beyond it.

How Did They Start SOL?  Dellesa always wanted to do a day party where people can network with major professional entrepreneurs in Palm Beach area, entrepreneurs can go have a great time, but still network. According to the Dellesa, she has known Nicole and her brother for some time and had respect for everything they did. When Dellesa gave the proposal to Nicole, she gave it a thought and within a day’s time, she came back saying let’s do it. “Nicole is a fireball. She’s like, ‘okay, I like that idea, we’re going to do this, we’re going to do that.’ And so, we were so excited. We said we needed to add a little bit more meat and potatoes to this networking event,” Dellesa said.

The foundation of the business was made strong by the fact that they work very well together and have the same passion. Dellesa also revealed the confidence they had in making the business a success. “Nicole and I are just not, we’re not ordinary. We always do things a little, a little top-notch, a little step above. And we thrive on that. We like it. We like to challenge. We decided we would do this, and we’ll have hosts, and that we would start to, and Nicole brother kind of chimed in and said, you really have a good idea,” Dellesa added, also conceding that the name SOL was Nicole’s contribution.

The journey started hence, and, in the beginning, it was all about five friends who had their own businesses and organizations. The initial campaign was centered around the business of those friends and to their pleasant surprise, the two leading women found that their idea got the backing of nearly four hundred people. Since they focused on creating an ambiance of relaxation to facilitate business deals informally, people loved the concept, and as a result, Dellesa and Nicole did not really have to go out and get businesses, but instead, opportunities came to knock on their doors. When the concept hit the right audience, Dellesa and Nicole thought about bringing in the monetary part and included the paying part in the host sponsorship packages. That didn’t affect the popularity as people queued up for their turn to become the next whole sponsor and SOL went on thriving.

The success of SOL depended greatly on the collaboration of two individuals who are equally ambitious. Dellesa and Nicole have hardly any similarity in their professional identities as while the former is an aerospace engineer for the Space Program, Dellesa is more experienced in hospitality, human resources, and service training. Yet, they have collaborated strongly and successfully. When I raised this point during an interview with the co-founders, Nicole said that although she is cautious of who she is partnering with, she has done well while collaborating with Dellesa. The two have a remarkable synergy which works successfully even if they differ on ideas at times.

For Dellesa, another reason for success in the collaboration was the fact that Dellesa was more than a decade older than Nicole. “We work well because we’re two kind of two different generations, you know. I’m twelve years older than Nicole. She comes up with a lot of good ideas, innovative ideas where we’re trying to get that market from thirty to forty. She knows exactly what they like, what they do not like. So that helps. And then with me, with my mark and the baby boomers and a little under, we synergize that way very well,” she said.

The two women also gave evidence of their belief in teamwork as they requested me to take note of their third partner for SOL Future Tycoons, Marcia Hayden.

2 Professional Experience Has Helped Both

When I asked the duo about how their respective professional experiences help them in this particular business, both said that they found it does. According to Nicole, her engineering background helps her a lot in getting SOL’s work done because of the whole discipline in engineering. “when we’re doing projects, I bring that side, because our projects have grown. We’re not just a party, but a business-to-business connection. And it really works because people think it’s two totally different industries, but it isn’t,” she explained.

It’s the innovator in her, thanks to her training in engineering, that makes Nicole well-equipped to take a lead in SOL, which is no less innovative. Nicole is also a member of several boards like the Florida Atlantic University Engineering Academics Advisory Board. She has received several awards within the community like the “South Florida’s Most Prominent and Influential African American Women” award, the “Legacy Magazine’s Successful 40 under 40” award, and the “West Palm Beach Women’s Chamber of Commerce Giraffe Award,” among others.

3 Addressing The Kids As Future Leaders

This is something really unique in the works by Dellesa and Nicole. They are working toward a future ‘SOL Tycoons’ program to aid the education of children. The launch is likely to happen next year, they are going to teach children about becoming entrepreneurs. “Our launch is going to be in 2021 and we are going to teach children how to be entrepreneurs, not just from the business aspect, but from the money aspect,” Nicole said. This futuristic goal is a remarkable thing to think about, for any entrepreneur.

Dellesa and Nicole is now focusing on building business connections during the Covid-19 pandemic. “So, although we can’t get to the event, we always tell people, the event is the finale, everything before is what’s important,” Nicole said, adding that this relentless pursuit of the goal in adverse conditions will make it possible for SOL to become a major marketing network company in the next ten years. Dellessa then added that in another ten years, SOL will be doing the Academy Awards and similar events to bring in a more sophisticated touch.

Way to go, Dellesa and Nicole! Keep up the great work. Danielle Goss – The Founder of KUL MOCKS, Fun for the Sober Curious