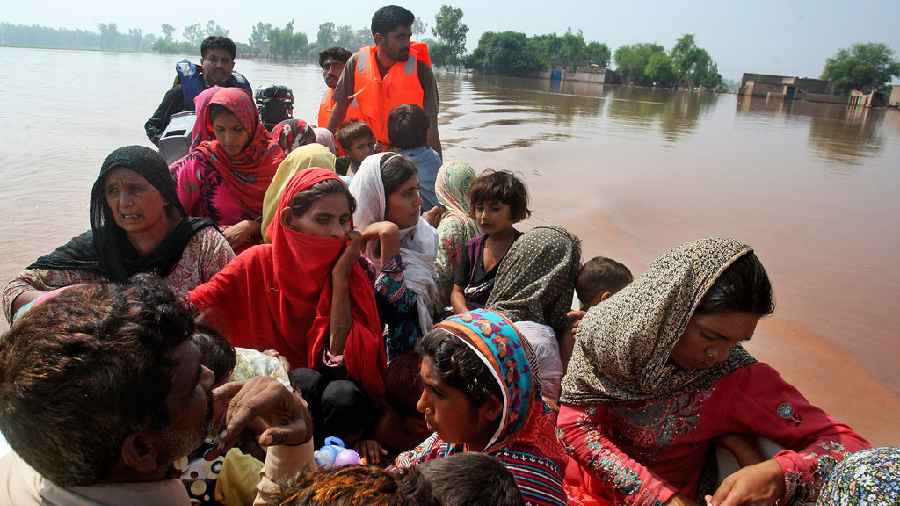 Nearly 6,50,000 pregnant women are in urgent need of care in the flood-hit regions of Pakistan, according to a UN agency, following the unprecedented calamity that hit the south-Asian Nation in June this year, leaving 1,100 dead and over 33 million affected.

According to the United Nations Population Fund (UNFPA), a sexual and reproductive health agency of the UN, out of 6,50,000 pregnant women in flood-affected regions of Pakistan, nearly 73,000 are expected to deliver babies through the month of September and are in critical need of maternal health service.

The UN agency also warned that gender-based violence (GBV) might also skyrocket in Pakistan, and women and girls may face an increased risk since almost a million houses were damaged in the floods across Pakistan since June 14.

Since the deluge has swamped almost the third of Pakistan, UNFPA stressed that pregnancies and childbirth cannot wait for emergencies to be over and that a woman and baby are most vulnerable during this stage and need utmost care, especially in the hour of crisis.

“UNFPA is on the ground, working with partners, to ensure that pregnant women and new mothers continue to receive life-saving services even under the most challenging conditions,” a representative of UNFPA told the media.

While imploring the world to accelerate the relief efforts, the UN agency said that over 1,600 persons had been injured due to flooding, and about 735,000 livestock animals — a significant source of livelihood and food — have also been lost. Further, nearly two million acres of agricultural land were also damaged.

The UNFPA added that since the flood damaged the roads and bridges as well, the access to health facilities also remains compromised for girls and women.

The UN agency further said that it is attempting to prioritize the prevention of gender-based violence and maternal response services, in addition to providing medical and psychosocial support to the survivors of assault.

Pertinently, as the UNHCR (United Nations High Commission for Refugees) delivered relief items in Baluchistan and Khyber Pakhtunkhwa, the UNHCR commissioner, Filippo Grandi, requested the international community to revamp the support and aid Pakistan in its fight against this unprecedented catastrophe.

“Rain and floods have been catastrophic for millions of people. We urgently need global support and solidarity for Pakistan in these dire times,” Mr. Grandi added.

The monsoon season (a wet spell in South and South-East Asia) usually lasts from July to September in Pakistan. During the current monsoon, however, the rains broke the 30-year record in the country. According to government data, the 30-year average precipitation was 130.8 millimeters, which reached 375.4 millimeters during this season alone, bringing unprecedented torrential rains and devastating flash floods.

In the wake of the flash floods, over 6.4 million displaced people need immediate support across Pakistan who are either living in camps or with host families.

According to Ahsan Iqbal, Pakistan’s Federal Minister for Planning and Special Initiatives, the initial economic losses from the floods could reach about $10 billion. This is a significant jolt to the country that is already grappling with political turmoil and is on the brink of economic collapse. The country also reels under the massive debt trap due to China’s infamous Belt and Road Initiative and China-Pakistan Economic Corridor (CPEC).

Mr. Iqbal further said that it is estimated that it will take the nation of 200 million nearly five years to rebuild and rehabilitate and noted that the country is projected to face an acute shortage of food in the coming times.

Transformational Leadership – What is it?

Why is Personal Branding Essential for Entrepreneurs?