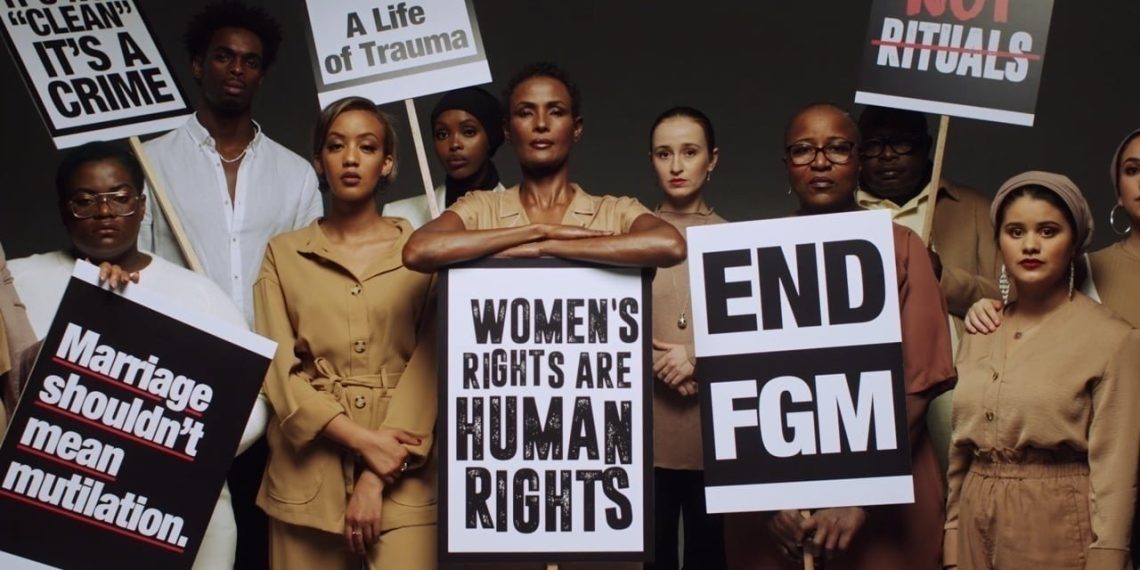 Female Genital Mutilation: World Needs to Wake Up to the Menace

What Is Female Genital Mutilation or Cutting?

Female genital mutilation or cutting (FGM/C as it is known) is the partial or total removal of external female genitalia for non-medical reasons. More than 200 million women and girls have undergone the procedure worldwide. In addition, an estimated three to four million additional people are still at risk. As an effect of the Covid-19 “shadow pandemic” of increased abuse of women and girls, another two million cases are projected over the next decade.

We cannot simply dismiss FGM as an archaic practice or a foreign problem. Currently, it is practiced on every continent except Antarctica – including the United States.

The issue made headlines recently when Washington, D.C., Councilmember Charles Allen called upon personal and expert testimony on FGM in a public hearing to consider D.C.’s proposed Female Genital Mutilation Prohibition Act of 2021. The bill would prohibit FGM/C, expand mandated reporting requirements, and provide grounds for civil actions. This bill comes with urgency, with Washington D.C. ranking second in the nation for FGM/C prevalence. According to reports, 51,000 women and girls have undergone the procedure or are still at risk for it in the District.

It is important to celebrate cultural values and heritage, but harmful traditions need to change. This practice has cultural significance in many societies, but nothing is celebratory or culturally valuable about controlling women and girls’ sexuality and denying their autonomy over their bodies.

It is a massive national health problem, and it is getting worse. More than half a million women and girls are either at risk or have undergone FGM in the United States. And that figure has reportedly tripled since 1997.  FGM/C can have devastating impacts on a person, including severe bleeding, complications in childbirth, lasting psychological trauma, and even death.

The practice has no health benefits but only health risks. Religious leaders confirm that there are no religious grounds for it either, even though religion is often invoked to justify it. So, why does this extreme form of gender-based violence and human rights violation persist? There is no excuse, but there are various reasons: preserving cultural identity and reputation, enhancing marriageability, controlling women’s sexuality, and misguided beliefs about cleanliness.

FGM/C is widespread in the United States and worsening, illustrating a more significant trend. The Population Institute’s 50 State Report Card on reproductive health and rights posted its worst grades ever this year – underscoring our increasing failure to uphold the rights of women and girls.

Law and Movement against FGM/C

One of the things we must do to stop the slide is to align the U.S. policy with the international movement against FGM/C, led by the women who have undergone it, by enacting more vital legislation against the practice while empowering and protecting those who have been subjected to FGM/C.

In 1996, Congress enacted a federal law making it illegal to perform FGM/C. Last year, it was amended to prohibit “vacation cutting,” which involves transporting women and girls from the United States to other countries to undergo the procedure.

Thirty-nine U.S. states have laws outlawing FGM/C, but 11 states and D.C. still don’t. More state legislation is necessary to strengthen the legal framework against FGM/C, where federal law falls short. State laws can take a more comprehensive approach, equipping community members and first responders. And using tools and education they need to oppose FGM/C, recognize the signs of those at risk, and intervene effectively.

Now Washington, D.C. should enact its law against FGM/C to join the states that outlaw the practice. And affirm the advocates speaking out against it. Without such a law, it is at risk of becoming a local hub for FGM/C. It will be a place where women and girls come from neighboring states to complete the procedure. Banning it would help stop this traffic from other states, and give prosecutors the tools they need. It will also protect women and girls at risk.