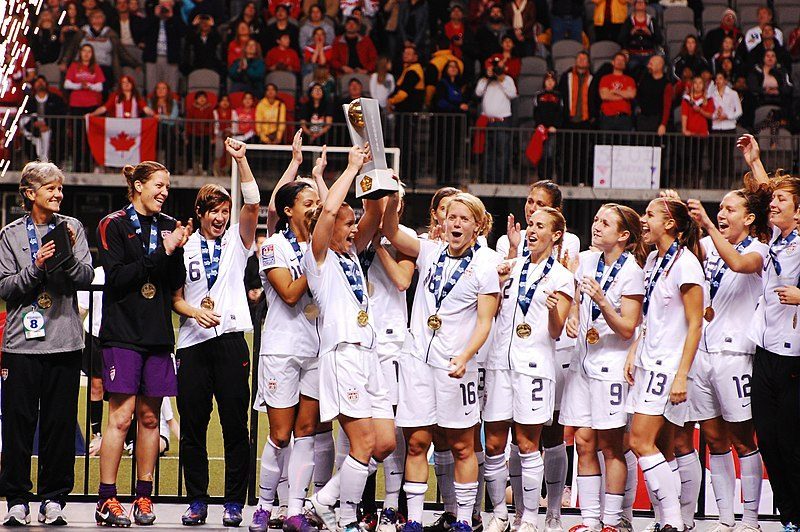 Finally, the US Women’s Soccer Team has Won the Battle for Equal Pay

Representatives of both men’s and US women’s soccer team have finally signed the historic collective bargaining agreements with US Soccer Federation and have closed the often-acrimonious fight for equal pay.

The US Soccer Federation announced that it had reached a deal with the US Men’s and Women’s National Teams, and the agreement will finally eliminate the pay gap that has long remained a point of contention between the US Soccer and US women’s soccer team since it saw many female players earning relatively less than their male counterparts. Apart from similar pay structures, the new agreement would also include the same payments for appearances of the players in games and the equal distribution of the World Cup prize money.

Additionally, both teams will pool the prize money together from their respective World Cups and split the total. The US Soccer Federation said their organization is the first across the globe to equalize World Cup prize money. The Prize money for the men’s World Cup this year, for the Women’s World Cup in 2023, and for the tournaments in 2026 and 2027 will be equally distributed between the men and women.

The World Cup prize money distribution had remained a major sticking point between women and US Soccer. While the US women’s soccer team has claimed back-to-back victories on the international stage, due to the differences in FIFA prize money, they took home far less than the men. The US women’s soccer team received only a $110,000 bonus for their final victory in the 2019 World Cup, and if it had been men, they would have received $407,000 for their World Cup win in 2018.

The signing was done in the aftermath of the US Women’s friendly match against Nigeria at Washington’s Audi Field, in the presence of Secretary of Labor, Marty Walsh.

A former soccer player, the President of US Soccer, Cindy Parlow, said while speaking with the media that a lot of credit needs to be given to everyone involved, “the women’s national team and their players’ association; the men’s national team and everyone at US Soccer. There were so many people that helped and worked together to make this happen.”

Parlow further said in a statement that it would not have been possible had the men not jumped in and come on board for equal pay. “This is a truly historic moment. These agreements have changed the game forever here in the United States and have the potential to change the game around the world.”

These new contracts, or collective bargaining agreements, will remain in force till the end of the year 2028. The US men were playing under a Collective Bargaining Agreement that expired in December 2018, and the US women’s soccer team’s CBA expired in March this year. However, the talks continued after the lawsuit was settled in February this year.

Following the February settlement under which the US Soccer Federation agreed to pay the US women $22 million in back pay, it was decided that new labor agreements would be reached with both teams.

Taking to Twitter, Tim Ream, a US men’s national soccer team player, wrote: “it has been a long process for all sides, but proud of everyone involved for reaching and achieving this. It now truly is One Nation, One Team.”

Pros and Cons of Running a Business Internationally