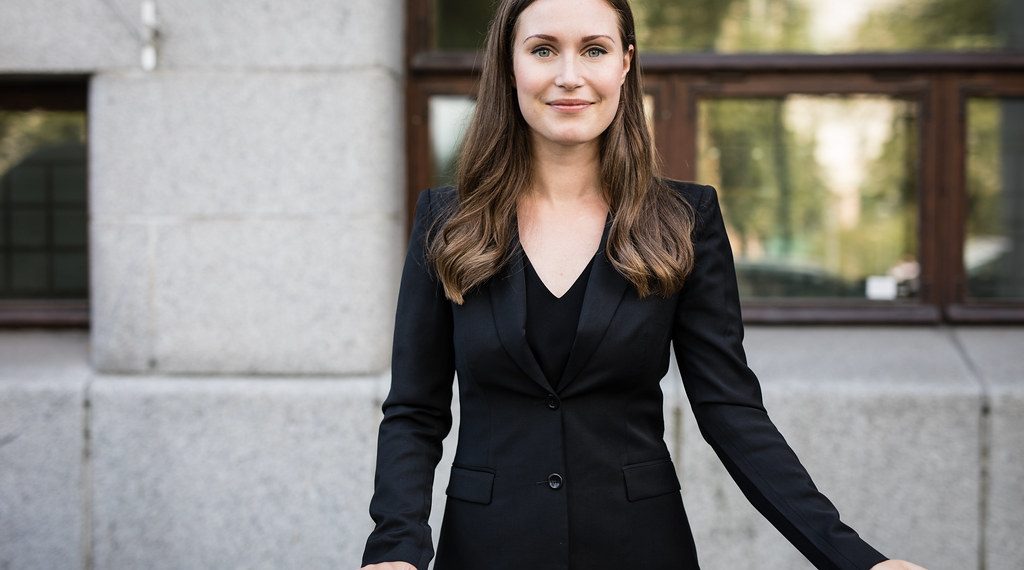 Former US presidential candidate and Secretary of State Hillary Clinton is the latest prominent woman worldwide to lend personal support to Finnish PM Sanna Marin (36) after her dancing video was leaked last week. While tagging the Finnish PM, Hillary wrote on Twitter, “As Ann Richards said, ‘Ginger Rogers did everything that Fred Astaire did. She just did it backward and in high heels.’ Here’s me in Cartagena while I was there for a meeting as Secretary of State. Keep dancing!”

Hillary included a photo of herself in the post, wherein she was dancing with an ear-to-ear smile on her face in a crowded club in Colombia which was shot in 2012 when she held the position of secretary of state. Marin responded with, “Thank you,” accompanied by a heart emoji on her tweet.

Hillary’s support was welcomed by many since Marin has been immensely criticized for her behavior after her dancing video was leaked in which she was partying with friends. Marin found support among women from across the world after facing a major blowback from critics and media. The hashtag #SolidarityWithSanna has been trending on social media wherein women (both Finnish and from all around the world) are posting pictures of themselves dancing and partying with friends and, in many cases, tagging Sanna Marin and using the hashtag #SolidiarityWithSanna as well. Instead of seeing it as something offensive, the women say that they ‘love it!’.

While sharing a photo of her dancing in a crowded street and using the hashtag #SolidiaritywithSanna Fiona Patten, an Australian politician, wrote on Twitter, “if letting off steam at a party is the worst thing your prime minister has done, then you’re a pretty lucky country.”

While many – now including Hillary – came out to defend PM Marin’s right to enjoy the company of her friends, critics say that it portrays inappropriate behavior on her part.
Sanna has time and again driven flak for her seemingly harmless indulgences and was previously criticized for attending all too many music festivals and spending too much time partying rather than governing. In October 2020, she was also trolled for donning a low-cut blazer, though at that time as well, people came out in her support by sharing pictures of themselves wearing the identical outfit. Hashtags #ImWithSanna and #SupportSanna also trended at that time and called out critics for their apparent sexism.

Many people also outwitted the critics by bringing up the fact that a score of male politicians has been recorded saying or doing inappropriate things, yet they never face the same amount of backlash. These people argued that this happens due to this chauvinistic notion that men are allowed to take part in an occasional inappropriate indulgence. For instance, Vladimir Putin and previously Donald Trump are big examples of this biased approach.

Meanwhile, the Finnish government reportedly said that the 36-year-old prime minister took a drug test, and it came out negative. In light of the drug test reports, the Finnish media faced cannon fire for alleging, without any tangible evidence, that PM Marin was under the influence of drugs when the video was shot and that people at the party resorted to substance abuse.

The Finnish PM responded to the allegations of drug abuse in the most emotional manner. While confirming the authenticity of the leaked video, she said, “I have never used drugs in my life, not even in my younger years. I wish we lived in a society where my word could be trusted. But when suspicions like this are raised here, that’s why I took these tests.”

Sanna, the world’s third youngest prime minister, further said that she has never missed a single day of work and that she is a human too. “I am a human too, and I too sometimes long for joy, light, and fun amidst these dark clouds,” Sanna added.

Fortunately, the incident has not resulted in any serious calls for PM Marin to resign, and the ruling Social Democrats stand behind their prime minister.

Born Sanna Mirella Marin on November 16, 1985, has been a Member of Parliament since 2015. Sanna was prime minister Antti Rinne’s successor following her resignation in the wake of the postal strike controversy in 2019. At the age of 34, she was the youngest person to hold the country’s top office in its history. She first gained prominence after her video clips where she was seen chairing contentious meetings were shared heavily on social media.

In the years following her high school graduation, Sanna began her affiliation with the Social Democratic Youth. To support her studies, she worked as a cashier in a bakery and graduated with bachelor’s and master’s degrees in Administrative Science from Tampere University. In 2015, she became an MP from an electoral district called Prikanma and was again re-elected in 2019. The same year, she became the youngest prime minister in Finnish history and is currently the third youngest prime minister in the world after Gabriel Boric, the president of Chile, and Dritan Abazović, the prime minister of Montenegro.

China Charges 28 in Restaurant Attack on Women in June

The Best Way to Run A Business Meeting