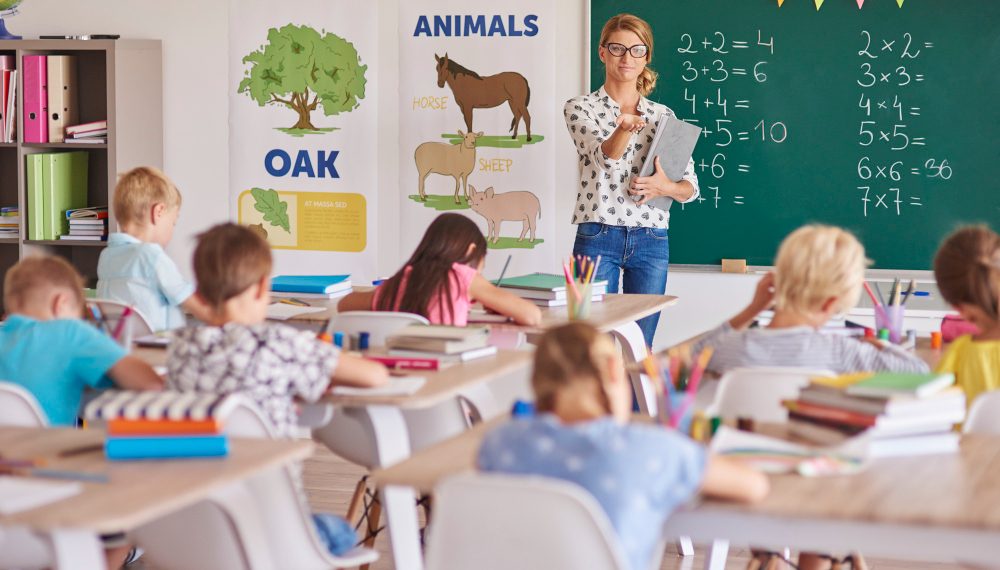 Teaching in the United States was once considered a career for men. Gender composition took a radical shift in the mid-19th century when the public school system came into being. Along with bringing in exclusivity for children of all social classes and gender, the shift also opened doors for the education profession. In the next few decades, more women found their place in colleges and subsequently in the teaching sector as girls who could not or did not want to be homemakers had few (mostly in nursing) or no other job opportunities. The disparity is glaring mostly in elementary and middle schools, where more than 80 percent of teachers are women. Many reasons could possibly lead to the over-representation of women in teaching jobs, including social influences and other work attributes such as greater flexibility, and work-life balance.

Teaching is mostly considered a ‘feminine’ profession. Although the number of men in the sector is rising, the trend is confusing, and an imbalance still exists. Much of it boils down to misunderstandings of what teaching entails, and how those assumptions clash with gender norms. For example, in the US, teaching has long been seen as a relatively low-status profession. Women carry the belief that they are more nurturing than men and hence are the ideal candidates to fill the need for teachers. This gender disparity stems from the fact that occupations with more men in them are given higher status. Research says that employers place less value on work done by women than on that done by men.

Gender imbalance, in fact, also has its roots somewhere in disparity when it comes to compensation. Teachers overall tend to have meager salaries worldwide. Women, for many reasons, might be more willing to accept teaching’s low wages because the profession is more suitable to them than other careers as it helps them cater to their family life better due to more number of leaves and added benefits. According to data, women who work in sectors other than teaching have seen their pay rise by 25 percent since 1970 while the average pay of men has fallen. Still, men earn more in non-teaching jobs, while teaching salaries for women closely match the average pay for women in other jobs.

Teachers argue that the adoption of new academic standards and the use of standardized tests to evaluate their job performance and efforts make teaching a less attractive career option. This, coupled with less and less respect is not working in favor of men in the teaching sector. Men who do become teachers tend to be promoted more quickly into senior administrative positions. This is evident from the fact that nearly half of all school principals are men.

Steps to close the gap between male and female teachers can be taken to ensure the wider participation of men in the teaching sector. To start with, providing additional scholarships for men in teaching could act as an incentive. Ensuring that a teaching career plan fulfills the ambitions and expectations of both male and female teachers should be the focus. Last but not least, improving the image of teaching as an essential job to enhance a society should be instilled in the minds of the younger generation.