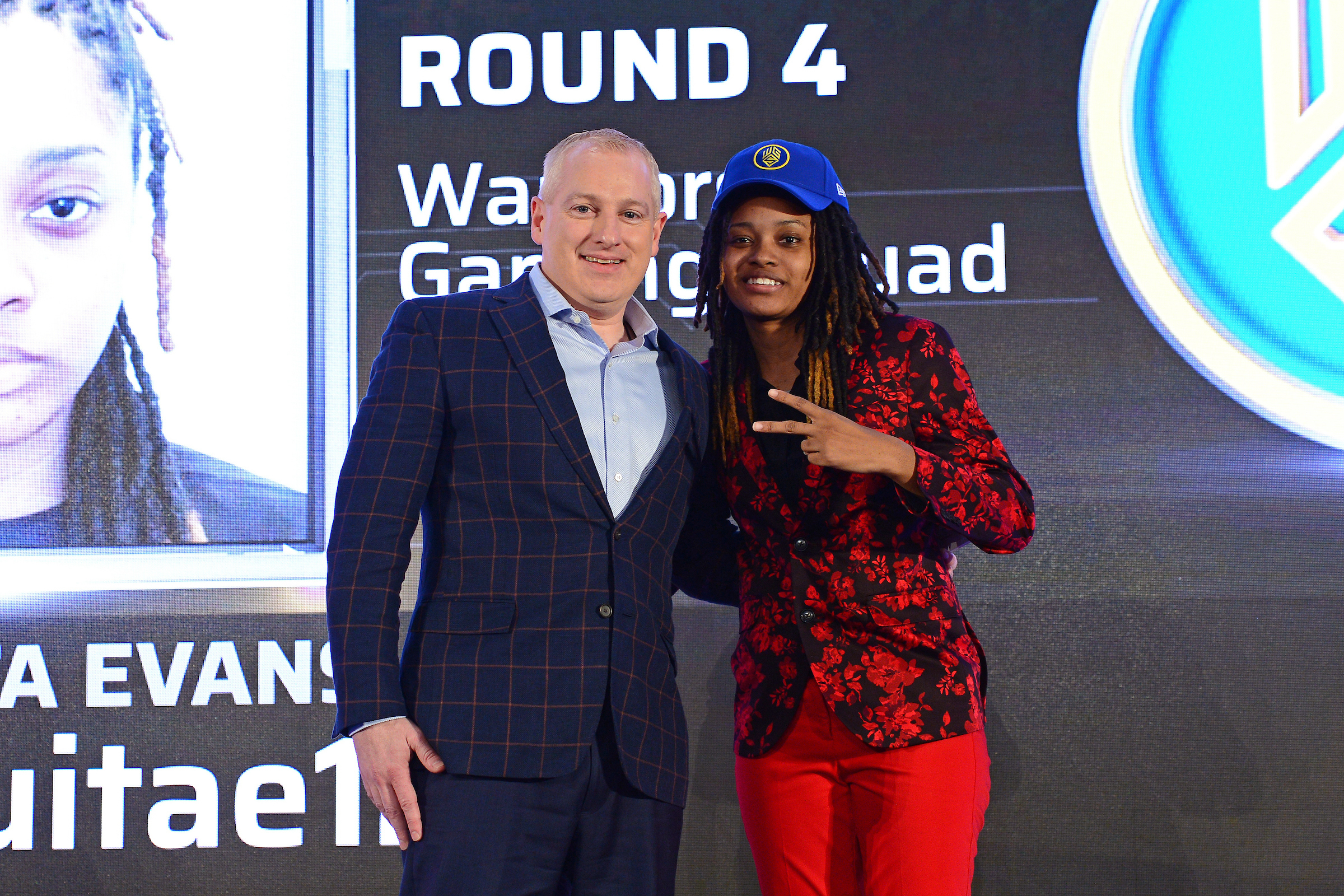 BROOKLYN, NY - MARCH 05: during the NBA 2K League draft on March 5, 2019 in Brooklyn, New York at the Barclays Center. NOTE TO USER: User expressly acknowledges and agrees that, by downloading and/or using this photograph, user is consenting to the terms and conditions of the Getty Images License Agreement. Mandatory Copyright Notice: Copyright 2019 NBAE (Photo by Jennifer Pottheiser/NBAE via Getty Images)

Taking a Shot at the Big Boys

Video games have come a long way since the days of arcade. The rise of esports has turned the heads of many people with many gamers taking home winnings as high as $10 million. Like many industries however, the video game industry continues to be dominated by men.

While there are professional women esports players, but they are considered exceptions to the rule. Women being able to attend professional competitions continue to be a surprise to everyone. An all-woman esports team can compete but they are limited to having their own tournaments.

Chiquita Evans being the first black woman to be draft to the NBA 2K League is not just an important moment for the game but for esports in general.

The NBA 2K League is an esports event organized by the NBA in partnership with Take-Two Interactive. The teams are mainly offshoots of the main NBA team. The League started in 2017 with 17 teams and currently has a lineup of 21 teams.

What makes her selection inspiring is that by being part of a team, she gets to enjoy the benefits her male counterparts have. As a member of the team, Chiquita will sign a six-month contract with a base salary of at least $32,000, in addition to housing and other benefits like medical insurance.

Getting to where she is now was not easy for Chiquita. Those who are familiar with the video game scene know that female players tend to get bullied, or worse, threatened. When her name was called, Chiquita said the experience was both amazing and surreal. Even from the start she knew that she deserved to be part of the draft pool given how hard she worked and the sacrifices she made.

Like many female video game players, Chiquita had to go through a more difficult route. In many games for example, once other players realize that they are playing with a female gamer, that female player is typically locked-out, so to speak, from playing the game. For NBA 2K games, female usually experience not having the ball passed to them.

Chiquita experienced the same in her case, she knew what was needed for her to control what she could control. Thus, even if nobody passes the ball to her, she continued to play and give it her best. She would rebound and play defense. When she had the ball, she would pass it to an open player. What Chiquita did was that even if other male players ignore, she would just play her best.

What the Future Holds

Esports is here to stay and with women comprising around a quarter of the fan base, the number of professional women esports players are sure to grow. Chiquita being drafted is but a small to what is clearly a long journey. She was drafted in Women’s History Month is a good sign that the industry is moving forward, just slowly.

The Missing Element in the Goal Setting Process

MOTIVATION – Not Just a Factor but a Driving Force for Women