How Health Inequities Put Women of Color at Risk

by The Editorial Team
in Wellness
Reading Time: 4 mins read

According to a recent study, Black women experience a 3.5-time higher maternal mortality rate than white women. This risk goes beyond income and education as college-educated black women run a 1.6-time higher risk of pregnancy-related mortality than those white women who do not even have a high school diploma. The maternal mortality rate among black women in the US is one of the many glaring instances of health inequities that women of color face.

Other areas where such disparity is quite noticeable include cancer, mental health, heart disease, and Alzheimer’s disease. In this article, we will investigate the various inequities in the health sector that are faced by women of color and the risk to lives that it poses.

What are Health Inequities

Health inequities are referred to as differences in health outcomes among the population. Such inequities are a manifestation of discrimination in health-based services faced by various sets of people due to their race, age, gender, geographic location, and socioeconomic status. These inequities are caused due to a lack of opportunity or access to vital factors like health insurance, affordable health care services, and other health-related resources. Women of color face health inequities due to systematic or overt biases from health care providers.

Jessica Davenport-Williams took every possible step to ensure a safe and healthy pregnancy and delivery. She listened to her healthcare providers, attended her prenatal appointments, and also gave birth in a highly regarded hospital. Despite all that, she had to go through a horrible experience during the process.

“I hemorrhaged during both of my deliveries and had to plead with a physician during my second childbirth to convince her to take a safety precaution based on my experience with my first birth,” Davenport Williams said. “If I’m an educated person with private insurance and experienced what’s considered one of the top causes of maternal morbidity and mortality, I can only imagine the experience of others who feel disregarded or may not even understand the barriers they are up against.”

Her experiences made her launch a nonprofit organization called Black Girls Break Bread, aimed at improving the health of Black women and girls. The organization tries to tackle the root causes of the racial disparities in health. It addresses the inequities Black women of reproductive age face and collaborates with health care providers to provide physical and mental health services to the community members. The organization also distributes food and supplies to new mothers and their babies.

According to Davenport-Williams, cortisol (stress hormone) levels affect pregnant and reproductive-age women regardless of their racial or socioeconomic background, and its impact on women of color must be discussed in a more extensive manner.

“The number of microaggressions and racial bias experienced by Black women have such lifelong effects that heighten during pregnancy, which is already stressful on the body.”Williams feels that it is critical to address health inequities by analyzing various social determinants of health that contribute to such disparities. From lack of proper nutrition to education, employment, safe housing, and transportation, all these factors must be observed to determine the gaps that lead to various chronic illnesses and diseases.

Speaking of Chicago, Davenport-Williams observes that many obstetric hospitals in the southern parts of Chicago (areas that house the majority of the Black population)  have shut down in recent years due to excessive financial burden. This was due to operating within old buildings and using outdated medical equipment alongside the expenses of running a hospital. Davenport-Williams says,  “There’s a trend of closures of inpatient obstetrics units nationwide and predominantly in community hospitals based in Black communities.”

Apart from not getting quality healthcare services in their locality, Black women are often ignored or not even believed when they state their issues. People do not just face such problems with lower incomes. Even celebrities like Serena Williams and Beyoncé have gone through similar experiences. They have made shocking revelations about their birthing experiences in some of the top-ranked hospitals in the country.

Read Also: How Your Genes Impact Your Risk for Common Health Issues

Some of the most common causes of maternal deaths, especially among Black women, are due to conditions that are not necessarily fatal if addressed in time. These include preeclampsia and eclampsia (blood pressure conditions), cardiomyopathy (disease of the heart muscle), embolism (blocking of blood vessels), and hemorrhage (severe bleeding).

Apart from pregnancy issues, uterine fibroids are another primary health concern among Black women. Uterine fibroids are non-cancerous uterus growths, and their prevalence and treatment can significantly impact a woman’s quality of life. While most women develop these by the age of 50, black women are likely to develop them earlier. Almost 50% of black women are diagnosed with fibroids by age 50. Most of them either experience symptomatic fibroids or develop fibroids at a younger age requiring medical attention.

Therefore, if we want to achieve health equity, healthcare providers, policymakers, community groups, and patients must collaborate on various social determinants like access to quality education, quality healthcare, and healthy food. This will not only help in reducing the health disparities but also improve the overall health outcome. 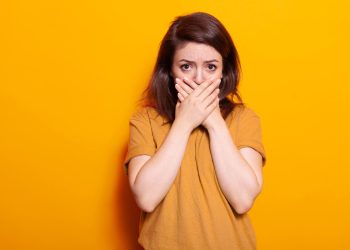 How Can Women Escape the Likability Trap 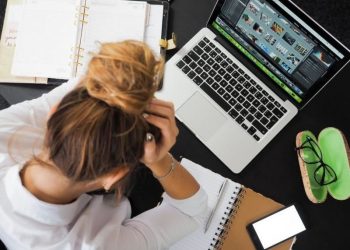 How to Get Rid of Brain Fog and Boost Your Focus 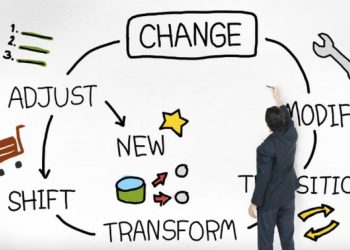 How to Deal with Changes that Are Out of Your Control

Why Email Marketing Is the Best Way to Engage Customers

A Woman's Intuition: The Powerful Tool of Success