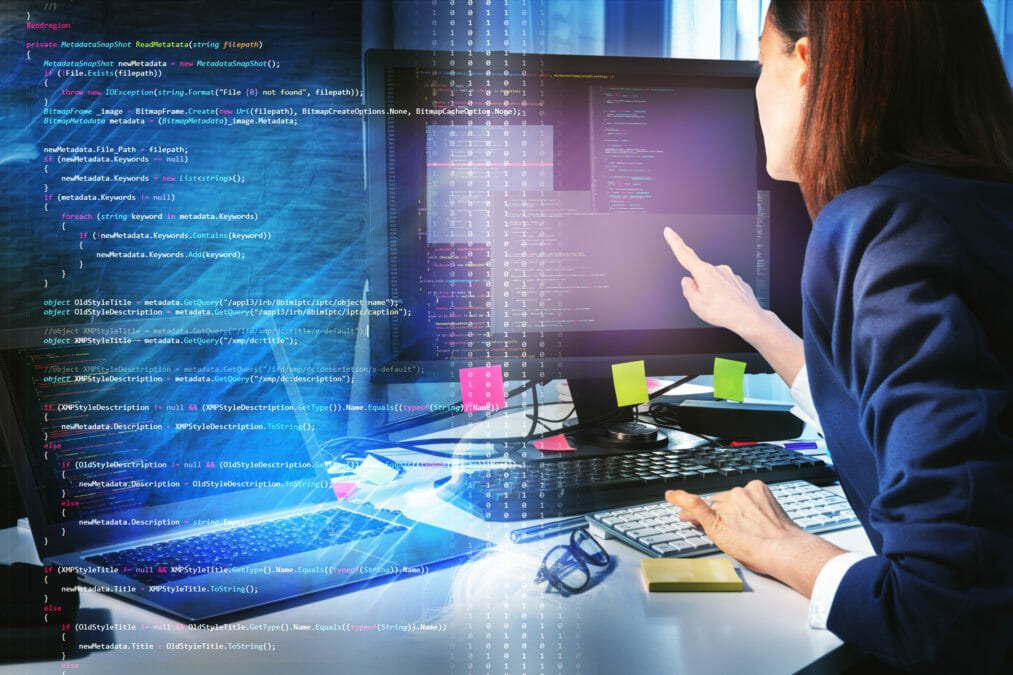 Womenfolk continue to be underrepresented on the work front. That includes the tech sector as well even though it has evolved to be one of the biggest employers off late. This happens to be a sad reality in spite of us having moved two decades into the twenty-first century already.

Closer scrutiny will throw up even more interesting facts and figures as this was not how things have been all through. For women were seen being enthusiastic about technology jobs even a few decades back. The decay can well be traced back right to the educational scene where there has been a steady decline in women opting for computer science courses.

To put things in a better perspective, women who were awarded computer science degrees made up just about 18 percent in 2012, a report from Change the Equation, a Washington-based non-profit CEO-led coalition aimed at promoting STEM education claimed. The same figure about a decade ago stood at 27 percent.

Moving over to the employment scene, the top tech companies such as Microsoft, Apple, Google, Amazon, Facebook, and so on are found to have less than 30 percent women in tech roles. The Company reports finding that compiled the above data also pointed out Amazon to have the highest number of women – 27 percent – employed in the technology. Facebook, Apple, and Google each have 23 percent women in tech jobs while Microsoft has the lowest at 20 percent.

A survey among 1,000 women employees conducted by Indeed to find out what led women to debunk tech companies provides an insight into the possible reasons. As has come to the fore, the biggest factor appears to be a bias in favor of men when it comes to career growth and trajectory. At least 28.1 percent upheld this as the reason for them to quit their tech jobs.

At least a quarter of the respondents also alleged the bias towards men extended to the wages as well as men ended up earning more and are also more likely to have an increment as well compared to their women counterparts. Forty-six percent said they are paid less while forty-five percent allege, they have lower chances of wage growth. Other reasons like sexual harassment ranks lower among probable causes for women to shun tech jobs.

These apart, tech start-ups that have come to shape much of the technology landscape off late have turned out to be a male-dominated affair. All of these have cumulatively led to women shying away from tech jobs over the years, which makes for a sharp contrast from the fact that the first programmer, Ada Lovelace happens to be a woman.

With this being the ground situation, the role of another tech company is commendable in its efforts to make more women interested in technology jobs. Its Twitter and the microblogging site made it a point to ensure their #HelloWorld developer event, Flight held in 2015 in New York City was well represented by members of the fair sex as well.

The company had even gone to the extent of creating a task force as early as a year ago to ensure their developer’s conference is as popular among women as it is among the menfolk. They also got in touch with the various employee resource groups at other tech companies such as Google, Facebook, Pandora, Yelp, and so on to make all aware of the Twitter conference.

Similarly, the company also made it a point to engage with the various student groups at Berkeley and Stanford’s Women In Computer Science, the National Society of Black Engineers, and the Society of Hispanic Engineers to make them aware of Flight. They had also stressed specifically on the fact that they were encouraging more women participation this time.

Among the other non-profits, they interacted with to promote Flight include Ada Initiative, Girl Develop It, Latino Startup Alliance, Girl Geek Dinner/Women 2.0, Lesbians Who Tech, TechWomen, Technovation, and PyLadies. Not content with such efforts, Twitter also organized an #ILookLikeAnEngineer event which was sort of an inaugural event that marked the launch of Flight.

Twitter extended the invitation to students at the Grace Hopper Celebration of Women in Computing whom its staff has met just a week prior to its Flight event. On the whole, this can well be considered an all-out effort to make sure their developer’s conference had the maximum possible exposure among not only technology enthusiasts but also women from all walks of life.

Fortunately for Twitter, their efforts reaped dividends. For there had been a steadfast rise in the number of women registering for the event, which stood at 29 percent in 2015 compared to 18 percent in 2014. Unfortunately, Twitter went on to cancel Flight from 2016 onwards, deciding instead to hold more regional events throughout the year instead of a single big event.

This, they claimed will help them better interact with its developer community and other members. Nonetheless, the company’s genuine efforts to make technology jobs appeal more to women is indeed commendable. They also laid down a roadmap to ensure they aren’t just preaching but have a sizeable representation of women among their own workforce.

It remains to be seen though if such efforts pay off in the long run. Other companies too need to take the cue and have a similar zeal to ensure they have equal gender mix among their employees. Also, of course, the real reason why women started to be disenchanted with technology jobs in the first place has to be effectively addressed as well.

It is only after this that we can expect to see a more balanced representation of men and women in the technology job sector. After all, with half of the world’s population being women, it is only natural for them to make up at least half of the office space, if not more to make it all seem natural and vibrant.

How the Olsen Twins Build a Fortune Besides Acting Career

Building the Bridge from Profits to Peace