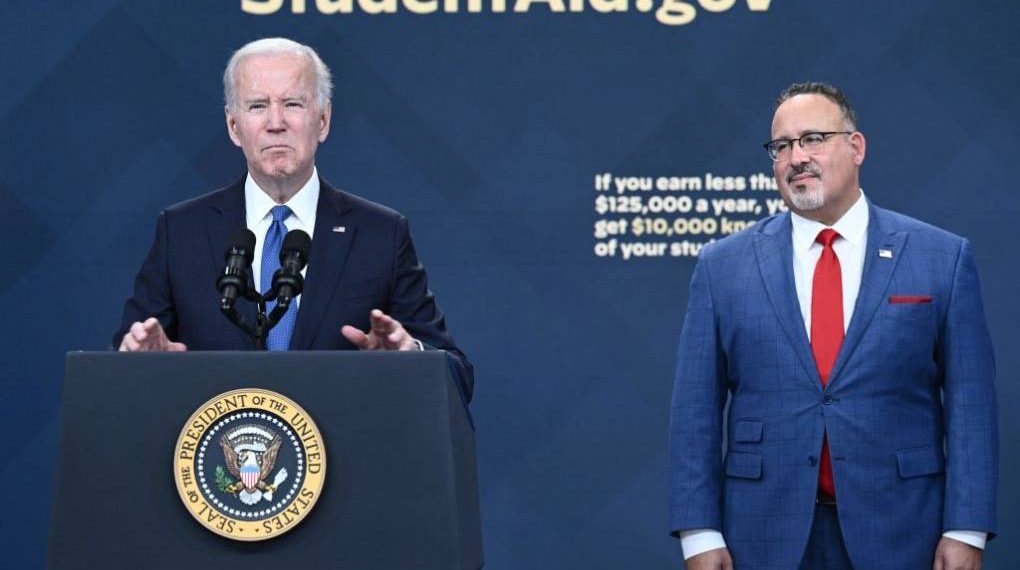 The concerned appeal in the Supreme Court was considered an uphill battle from the beginning because the lower courts had already ruled that the Brown County Taxpayers Association did not have any legal “standing” or right to bring the challenge to the student loan forgiveness plan. Under normal circumstances, the taxpayers have no general right or standing to sue the government for how it uses taxpayer funds.

Justice Barrett acted out of her judicial discretion on the matter, and since she has jurisdiction over the lower court that ruled on the case, she declined to refer the matter to the full court. Her denial was a single sentence on the court’s docket.

US District Judge Henry Edward Autrey, a federal judge in Missouri, had also rejected the lawsuit that was brought by the GOP-led states on the pretext that the plaintiffs lacked legal standing to bring the challenge against the plan. The plaintiffs in the suit that was brought before Autrey asked the court to put the student loan cancellation plan on hold until Autrey’s final ruling on the case. The lawsuit in the federal court in Missouri was filed last month by Attorney Generals from the states of Missouri, Arkansas, Kansas, Nebraska, and South Carolina, including the legal representatives from the State of Iowa.

The states have also filed an appeal, sending the case before the 8th Circuit Court of Appeals. It is likely to be adjudged there by a panel of conservative judges. President Biden’s administration is also currently facing lawsuits from Attorney General of Arizona Mark Brnovich and other conservative groups, including the Cato Institute and the Job Creators Network Foundation.

Many of the legal challenges are based on the claim that the government, or the Biden administration for that matter, does not have any sort of legal authority to put forth a blanket student debt forgiveness plan. However, the defendants for the government argue that United States Congress gave powers to discharge the debt to the secretary of education in the HEROES Act, 2003.

The legal challenge that was dismissed on Thursday was seen as the most formidable challenge since six states filed it. It was a “very plausible challenge to the Biden Jubilee,” Luke Herrine, a law professor at the University of Alabama who had previously worked on the legal strategy that pushed for student debt cancellation, said on Thursday.

President Biden’s student loan forgiveness plan was first announced in August this year, and it aims to deliver debt relief to millions of American borrowers, most of whom are anxious since the federal student loan payments are going to resume in January 2023, after nearly three-years of pandemic-related pause.

Student loan cancellations that can go up to $20,000 for every eligible borrower could most likely begin on Sunday because while the application process was officially opened last Monday, the Biden administration agreed in court to hold off until October 23. Once the application process begins, most qualifying student loan borrowers may receive their debt relief within weeks.

Under the plan, all those eligible individual borrowers of the student loan who earned less than $125,000 in 2020 or 2021 or those married couples or heads of households who had an accumulated income of less than $250,000 per annum in 2020 and 2021 will receive a waiver of up to $10,000 from their federal student loan. Moreover, if the borrower is a recipient of a federal Pell grant, the individual can receive up to $20,000 in debt forgiveness.

The Hierarchy of Needs of Professional Women

How to Start an Online Clothing Store from Home