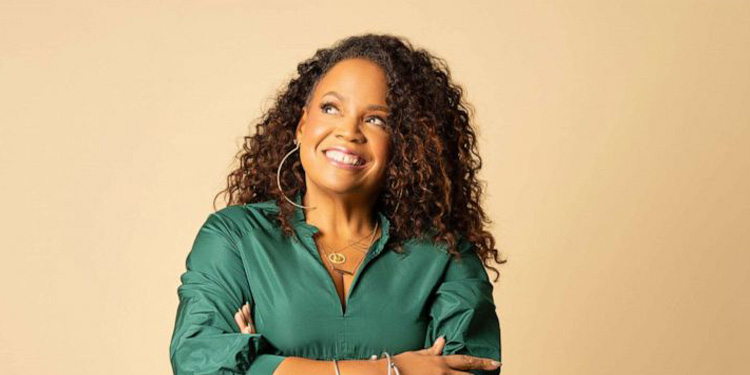 While the common string that binds Walker and Price is their pioneering work in beauty care products, Walker, according to Price, is her inspiration.

There are quite a few parallels between former bondswoman Madam C.J. Walker and Lisa Price: The Next C. J. Walker. Despite their humble beginnings, both these Black women icons rose to lofty heights by the dint of their determination and perseverance. While the common string that binds Walker and Price is their pioneering work in beauty care products, Walker, according to Price, is her inspiration.

At the turn of the twentieth century, Walker built a business empire with her homemade recipes for hair and scalp care products. She has been recognized as the first self-made Black female millionaire in the United States. Even today, Walker’s legacy, which goes further than her business achievements, inspires the current generation of African-American entrepreneurs contending for their share of the pie in the multibillion-dollar Black cosmetics business.

Lisa Price: The Next C. J. Walker is one such Black woman entrepreneur, who has conquered a major share of the beauty product industry. Founder of the Carol’s Daughter beauty products, Price is a familiar name among Black woman entrepreneurs in the United States today. Inspired by her mother Carol, she started with Lisa’s original moisturizer, and today her brand Carol’s Daughter is an expansive beauty line comprising more than 300 products. In fact, Price has also authored a book on her achievements – ‘Success Never Smelled So Sweet.” No doubt, she has often been compared with Madam C.J. Walker.

Like Walker, Price’s exploits bear testimony to her talent, drive, and determination to give customers what they actually want. Similarly, many decades back, Walker invested just $1.25 to develop what was called ‘Madam Walker’s Wonderful Hair Grower’ to become a pioneer of the modern cosmetics industry, creating marketing schemes, training opportunities, and distribution strategies as innovative as any entrepreneur of her time.

Walker and Price are dissimilar too. For Price, launching her first beauty product was certainly a hobby. In an interview, she said,

“I was just experimenting in the kitchen like you would with a food recipe. I was  trying to find the ultimate moisturizer.”

Fragrances always fascinated Price and without any formal training in business, she mostly depended on her instincts and read the constituents on the labels of other skincare products prior to experimenting with her own potion.

Initially, she was only making products for her family and friends. However, her mother Carol Frances Hutson recommended that Price take her lotions to a flea market at the neighborhood church. When people started liking and buying her products, Price realized that she could make money from what she loved. All this dates back to 1993 when there were very few organic beauty products and even fewer for the use of African-American women.

It was comparatively easy for Carol’s Daughter to target a market that was never tapped before. Her lotions were made from all-natural ingredients. Before opening her first store in Brooklyn, Price sold her products in the neighborhood, online and by mail-order. Price was apprehensive that she wouldn’t be able to pay the rent of her store, but on the opening day, there was a long queue of people wanting to buy her products. Gradually, word of mouth spread that Oprah Winfrey used Carol’s Daughter’s peppermint foot cream and, in 2002, she appeared on the Oprah Winfrey Show. Now, there was no looking back for Lisa Price: The Next C. J. Walker as her business dreams turned into reality.

For quite some time, Carol’s Daughter was a family business with cash flow always worrying Price. Despite putting in her best and pouring money into her business, Price often feared whether she would be able to survive if things turned bad. This very thought led her to bring in an investor. In 2004, Steve Stoute, a record executive, became a partner in the business, and together Price and Stoute involved celebrities like Will Smith, Jay-Z, and Jada Pinkett Smith to invest in Carol’s Daughter. With celebrities investing in their business, it was now easy to begin dialogues with major retailers. In 2011, when Carol’s Daughter launched a fragrance – My Life, it sold over 60,000 bottles on HSN in less than six hours.

Today, Carol’s Daughter is on an expansive mode, and from one store in Brooklyn; it has opened several stores across the United States with a flagship store in Harlem. Price also traveled to London to launch Carol’s Daughter. In fact, the future of Carol’s Daughter couldn’t be better. In Price’s words, if she hadn’t gone through the experiences, she wouldn’t have believed in this success story.

Like Madam C.J. Walker, Price is also an active philanthropist and a board member of FFAWN, a charity to empower women and inculcate confidence to ensure that they too achieve their dreams through education, encouragement, and empowerment. She is committed to giving back to the community through her business as well as personal life. She also takes part in fundraising walks and events for the Lupus Foundation of America.