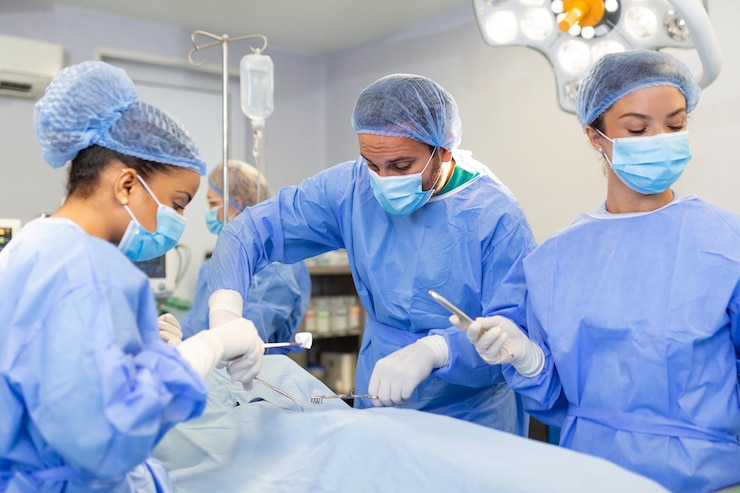 According to a new study published by the British Medical Association (BMJ), there are no differences in the rates of complications or death between male and female surgeons, although female surgeons are more likely to be assigned, to high-risk patients.

The researchers informed that globally, women still constitute a minority in the surgical field, and therefore, called for more opportunities for female surgeons to help reduce gender-based inequity.

Although female physicians worldwide have increased in number during recent years, women still are a minority in the surgical field. Previous studies in the US and Canada concluded that the proficiency of female physicians and surgeons was either equal to or better than that of their male counterparts. But the new study puts that into question.

To compile the data for Japan, researchers used the data from the National Clinical Database (NCD) in Japan, which includes information on over 95% of surgeries performed in the country between 2013 and 2017.

They focused on common procedures for stomach and rectal cancer, like distal gastrectomy, total gastrectomy, and low anterior resection. These parameters were chosen because the number of women surgeons who performed these surgeries was sufficient to analyze the data without the identification of individual surgeons.

The researchers found that female surgeons had not performed more than 5% of these procedures and were less likely to work in high-volume centers than male surgeons. Female surgeons were also more likely to be assigned high-risk patients, e.g., malnourished patients, those on long-term steroids, or having higher-stage diseases. On average, female surgeons tend to have fewer post-registration years and fewer minimally invasive (keyhole) surgeries than their male counterparts.

But despite these and other patient-related factors, the researchers found that there were no differences (overall) in the rates of death or surgical complications in the number of procedures performed by male and female surgeons.

Since the research was observational, no firm conclusions could be drawn on the cause and effect. The researchers were not able to rule out the possibility that the results occurred due to other unmeasured factors. However, the researchers suggested that the possible reasons could be that there are reduced training opportunities for women and that there is preferential treatment of male trainees, in addition to the competing demands of traditional women’s roles, including raising a family.

They also said that due to a lack of details on surgeons’ individual work and personal living conditions, results should not be applied to other categories of surgical procedures or to those performed by surgeons with other specialties.

However, the study is strong on the parameters that it has used since it has used a highly accurate clinical database that details preoperative conditions and surgical outcomes, accounting for important factors.

“Many aspects can impede the successful development of female surgeons,” the researchers say. “Nevertheless, in this analysis, we found that no significant difference existed in the mortality rate or the number of complications in surgeries done by female surgeons, suggesting that women are equally successful in their surgical skills as men.”

The researchers added that “more appropriate and effective training for female surgeons can further improve the surgical outcomes.”

Experts say that change at the societal level, at work, and at home is necessary to support women in the workforce. Leadership is crucial to driving this change, including a commitment from the government, surgical societies, hospital management, and departmental leads. “Rapid change is warranted in the interest of both clinicians and patients,” the experts added.

How Does Low Self-Esteem Affect Women