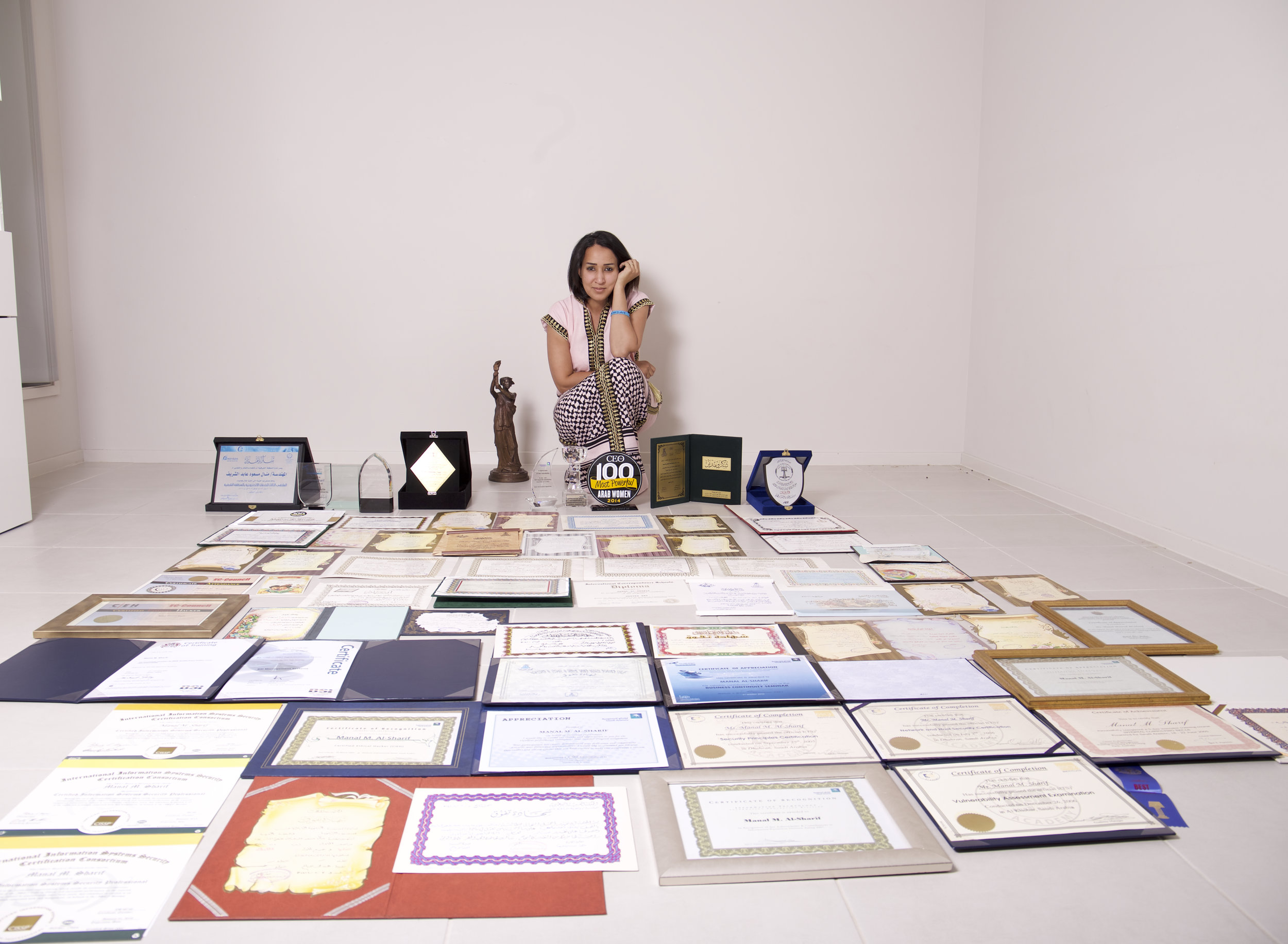 “My face is my identity. No one will cover it. I’m proud of my face. If my face bothers you, don’t look. Turn your own face away, take your eyes off me. If you are seduced by merely looking at my face, that is your problem.
Do not tell me to cover it. You cannot punish me simply because you cannot control yourself.”
― Manal al-Sharif, Daring to Drive: A Saudi Woman’s Awakening

Manal al-Sharif, born in Mecca, Saudi Arabia on 25 April 1979, is a Saudi Arabian women’s rights activist. She initiated a campaign in 2011 for the women’s right to drive. To initiate this campaign, Manal first filmed herself driving. Wajeha al-Huwaider, filmed Manal while driving a car as part of her campaign. To throw the Arab Kingdom into disarray, she later posted that video on YouTube and Facebook. The video of her driving went viral, and gained over 700,000 views on YouTube in a day.

As a result Manal was detained and released on 21 May 2011. Again she was arrested the following day for nine days. On May 30th, Manal was released on bail, with the conditions of returning for questioning whenever she will be requested, along with not driving and not talking to the media about the event. But her detention kicked off a movement, due to The New York Times and Associated Press groups association with the women’s driving campaign in the wider pattern, further resulting in the conservative country altering its laws and finally making it legal for women to drive last year.

Manal al-Sharif has graduated from King Abdulaziz University and has obtained her Bachelor of Science in computing and a Cisco Career Certification from there. Until May 2012, she was working as an Information Security Consultant at state-owned oil producer, Saudi Aramco. She has also written for Alhayat, a Saudi daily.

On June 2017, Manal’s first book, Daring to Drive: a Saudi Woman’s Awakening, was published by Simon & Schuster. The book is available in multiple languages such as German, Arabic, Turkish and Danish. She is also the founder of the Women2Hack Academy, it is a program that is intended to foster tech talent in Saudi Arabia, with a focus on information security.

Her journey of breaking social norms began when she became the only woman working as an IT security specialist in the Saudi national oil company, Saudi Aramco. Following her driving campaign, Manal has continued to remain an active critic of the Saudi government, she has been tweeting on several social issues, which includes imprisoned female foreign workers in the country, the murder of Lama al-Ghamdi, and the lack of elections for the Shura Council. Her work has been significantly recognized by several International forums including Foreign Policy, Time, and the Oslo Freedom Forum.

Manal made history in Saudi Arabia by compelling the Arabian Kindom to alter their laws, eight years ago when she broke the law herself. Now, after Saudi Arabia, she is set to speak out again by driving over 3,000 miles across the US to raise awareness among Americans on human rights abuses.

On 2011, Manal was named as one of the top 100 Global Thinkers of the year by Foreign Policy magazine.

In the same year, she was also listed in Forbes list of Women Who Rocked (Briefly).

Manal was named one of the Fearless Women of the year by The Daily Beast and the same year the Time magazine named her one of the 100 Most Influential People of 2012.

At the Oslo Freedom Forum, Manal was one of three people who were awarded the first annual Václav Havel Prize for Creative Dissent.