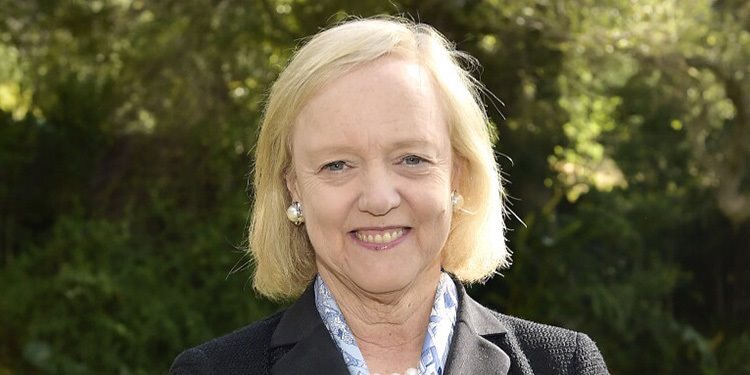 Meg Whitman is one of the most influential female entrepreneurs based out of the US. Besides being a great business leader, she is also a political activist and philanthropist. She is one of those female leaders who believe in leading society and bringing change. Her leadership skills are exemplary, from serving as a senior executive in some of the most famous corporations to being a CEO of leading enterprises. She has managed to accomplish various things in such a little time. Here, we will talk about some of the things you should know about this dose of inspiration.

CEO of HP and eBay

Meg has been a true leader and guided many companies on the right path. She has also served as CEO of some leading organizations, including HP and eBay. However, she is not afraid to work in a startup environment, and her latest role involves working with NewTV as a CEO. NewTV is a new-age media startup where Meg is currently creating magic with her leadership skills.

“Problems are good as long as you solve them quickly.”

No doubt, she is an effective leader. One of the things that we really appreciate about her is Meg’s bold nature. She always speaks her heart out and is never afraid of sharing her views with the world. She has had strong political views and has always been vocal about the same. It is not just her native place, California, where she was involved in politics. She also took the stage and spoke on the national stage for the Republican party. Her involvement in politics can be because of her family’s involvement and background in the field. Her great-great-grandfathers have also served as US representatives and worked for the nation. We can relate that this could be one of the reasons behind her intense involvement in the political sector.

Meg always wanted to be a doctor

Meg always had dreamt of becoming a successful doctor. She even studied Maths and Science because she wanted to pursue the field. However, destiny had some other plans for her. Over time, her interests changed, and she planned to change the field. She studied economics and worked as a critical brand manager. Her interests in the brand and marketing field ignited significantly, and she started working in the field. From working as a brand manager to a consultant and vice president to CEO, her journey has been exemplary.

She had a significant share of contributions to eBay’s success. When she began her journey with them, eBay had only 30 employees. Besides this, the website also used basic fonts and design, which was not that appealing. Meg Whitman changed the entire scenario of the company and helped the company raise from $4 million to $8 billion annually. The best thing is that her contribution was visible from the day she joined the company. The website also crashed that day and gained a lot of attraction from users.

She spent $144 Million of Her Personal Funds

Election and politics have been one of her interest areas. She even participated and ran in the 2010 election for governor of California. She even spent $144 million from her own pocket, which was considered an enormous amount. Despite all her efforts and hard work, she lost the election. However, that defeat didn’t stop her from participating in the political field.

Apart from being an ambitious business leader, Meg has always been considerate about environmental issues. She keeps supporting different causes related to the environment. She even started a charitable foundation along with her husband. Other than this, Meg also actively supports the Environmental Defense Fund. It is an influential group of environmentalists that aims at providing solutions to critical environmental problems. She has been a prime supporter of this group and supports other smaller organizations.

“We believe that an honest, open environment can bring out the best in people.”

Her perspective on leadership and the idea of focusing on your mission makes her unique. She truly believes that a leader should be honest and encourage other people to live their best lives. She believes that a leader has the capabilities to influence and inspire others. Meg also mentions that winning the hearts of consumers can be challenging, especially in this ever-changing business environment. Therefore, it is necessary to make them feel valued and be focused on your goals.

Meg has an outstanding contribution in all fields, be it love for business, passion for politics, and care for the environment. She is a true leader who inspires millions of other females to live the life they desire. She has also faced various struggles as a business leader and a politician. However, her determination and will to lead have always been strong and something that we all must learn from her.