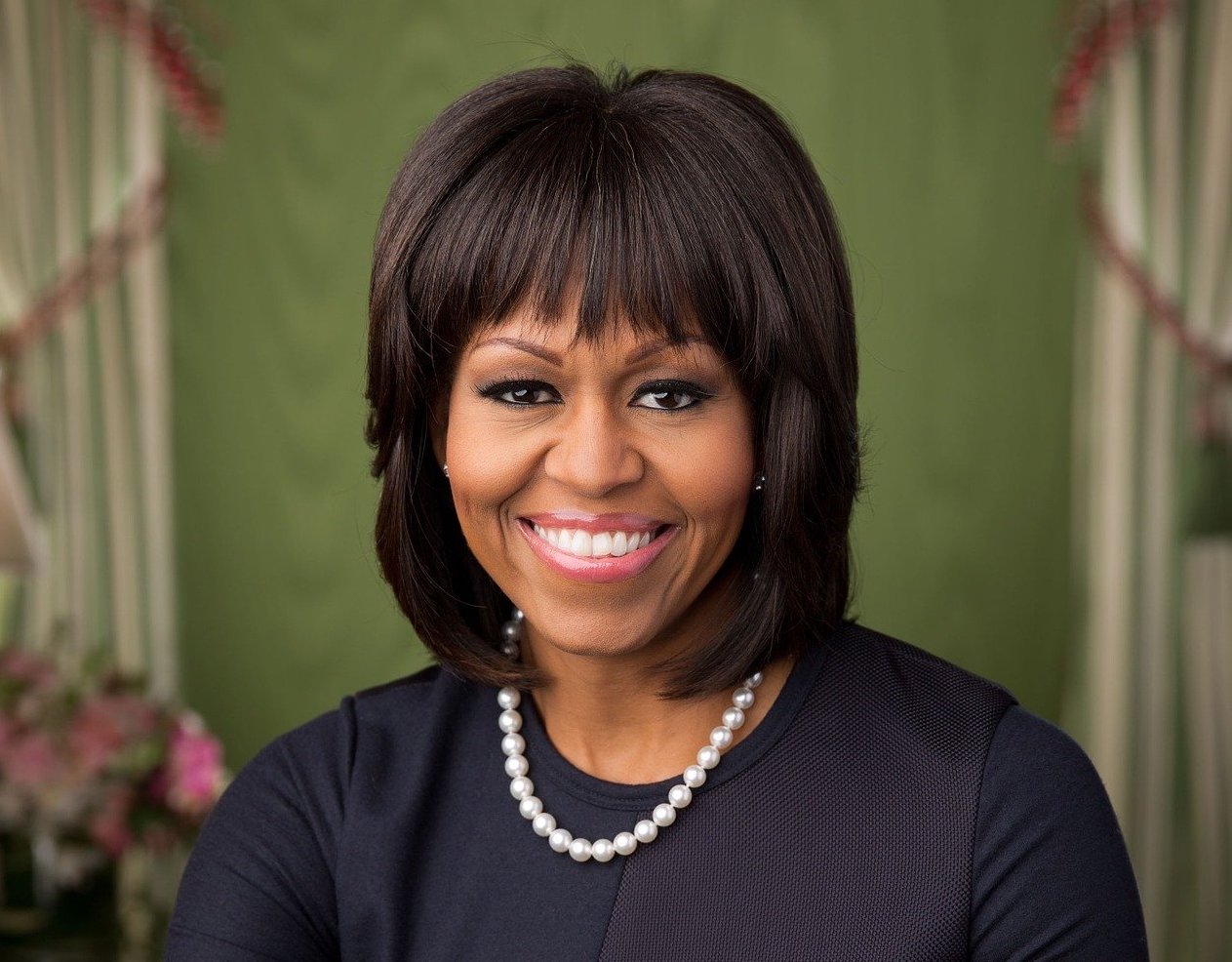 Michelle Obama: The Champion for Women

‘I have learned that as long as I hold fast to my beliefs and values – and follow my own moral compass – then the only expectations I need to live up to are my own.’ – Michelle Obama

This is HER Story.

Miche, Renaissance, My Rock – what do these words have in common? They are all names used to address the former First Lady of the United States – Michelle Obama. She recently rocketed to fame as a bestselling author with her November 2018 release ‘Becoming.’ Michelle Obama’s journey from childhood to becoming the First Lady of the United States or FLOTUS is an inspirational story of courage, and drive that turned the dreams of one little African-American girl to vivid reality.

So, where did it all begin? In a small apartment in the South Side, Chicago. Michelle was born to Marian and Fraser Robinson who were a couple of modest means. Her childhood days were influenced by her extended family consisting of her grandparents as well who hailed from multiracial backgrounds. Though her parents were not wealthy, Michelle says they were rich in principles and values which helped steer her through her life’s challenges. In Becoming, Michelle often cites her formative childhood years as significant influences that helped shaped her present. Her father and his death due to its complications left deep emotional scars on her but also gave her the drive to work hard and achieve the dreams her father had envisioned for her. She was a high achiever during her school years and went on to study at Princeton. Despite graduating in the top ten percent of her class, Michelle’s journey through her University years was fraught with discomfort and feelings of being a misfit among the predominantly White students.

She narrates an incident where the guidance counselor condescendingly told her she might not be ‘right’ for Princeton. Amidst the questioning glances at Princeton, Michelle began to realize that the world was not an easy place to survive in for a woman of her race. She graduated cum laude in the year 1985 with a major in Sociology. Michelle did not let any of the undermining influences of her life overwhelm her and went on to attain her J.D. from the prestigious Harvard Law School in 1988. She began working at Sidley & Austin, a law firm in Chicago which is where she met her future husband and President-to-be when she was assigned as his mentor. ‘You are important in your own right,’ is one of the things that Michelle Obama said later in her career but embodies the spirit she lives by. She made herself significant in her own eyes, and with hard work and faith in her abilities propelled herself up the ladder of life.

Michelle is an organized thinker who takes her time to make decisions. That was the case with her decision to date and later marry Barack Obama as well, as she slowly warmed up to Barack. After a few years of dating, Michelle decided to take the leap to get married to Barack when he grabbed her by surprise with his dinner date proposal. October 3rd, 1992 marked the momentous occasion of the wedding of Michelle with Obama. Their marriage is the turning point that set Michelle off on a path that made her confront many challenges but also honed her personality and made her the glamorous woman of substance she is today. In her words ‘you must never view your challenges as a disadvantage. Instead, it’s important for you to understand that your experience facing and overcoming adversity is one of your biggest advantages.’

Michelle became a mother first in 1998 when she welcomed her daughter, Malia into the world and later again in 2001 when Natasha or Sasha as the Obamas call her entered their lives. Obama once said in an interview that their daughters had a great role model in Michelle and their respectful interaction was a positive influence on the children about how good relationships should be. Meanwhile, in 1996, Barack Obama decided to contest the elections for Illinois state senator. Michelle had a successful career as an attorney with the Chicago, but she chose to divert her energy to Barack’s blooming political career and decided to take up a role in public services. She served as the Associate Dean and then the Executive Director at the University of Chicago Hospitals up to 2005 and then pulled back from her work to devote more time to Barack’s election campaign as he entered the presidential election race. Barack Obama went on to become the first African-American President of the United States and took office in 2009, and Michelle Obama became the First lady of the United States.

Michelle Obama is known for her most popular designation as First Lady, but her personality is far more multidimensional than can be encapsulated in just one official assignment. Michelle was almost the tallest First Lady ever, but her achievements as the country’s first lady go even higher. In 2010, she began the ‘Let’s move’ campaign targeting obesity in children. In the same year, Michelle got The School Lunch program passed which required the addition of more healthy constituents to the school lunch provided to children from low-income backgrounds. All this, and more she does with a flair and glamor that has got her on the cover of Vogue magazine three times!

Michelle has taken up causes that are close to heart. Being a mother of two beautiful girls, she understands the importance of education in a woman’s life. She initiated the ‘Let’s Learn’ program to promote education for girls who lack the privilege of school education. In a world where women who are homemakers are derided for not occupying a significant role financially, Michelle chose to develop and nurture a vegetable garden and give home-based skills the respect they deserve. The garden boasts of 50 different vegetables and fruits that drive home her healthy living principles. Michelle Obama is also a champion for women all over the world by showing women that encouraging them to stand up for themselves and each other.

Despite becoming a global icon for women’s causes, education, and physical activity, Michelle is humble enough to say ‘There are still many causes worth sacrificing for, so much history yet to be made.’

Decoding Technology: Alaina Percival and Her Vision for Women in Technology

An interview with Laura Shovan