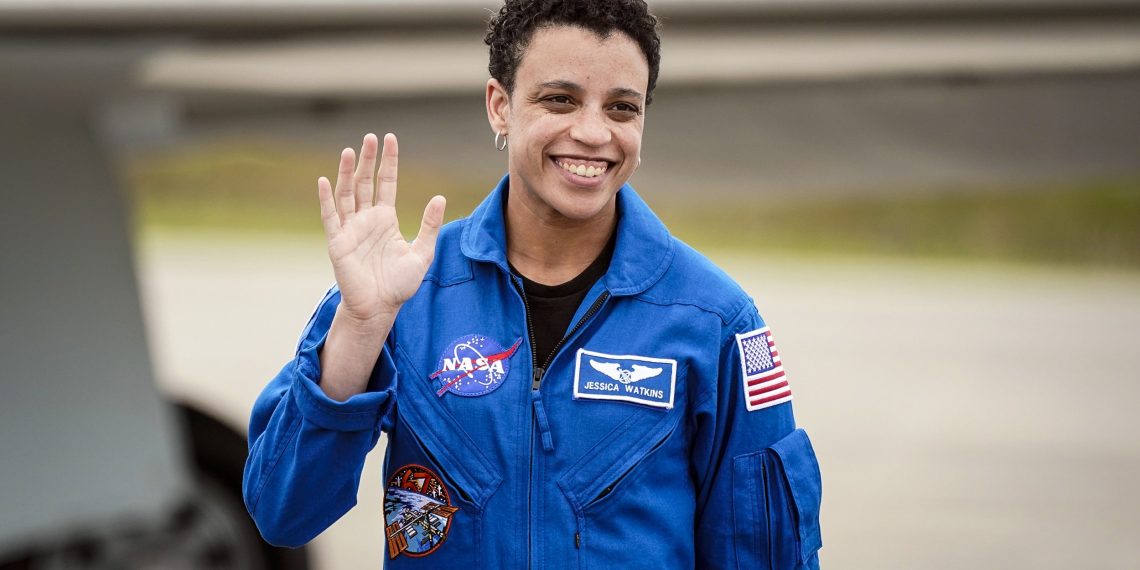 NASA astronaut Jessica Watkins will reach a new milestone for diversity in the space industry when she joins a small but trailblazing list on Saturday. She will become the fifth Black woman to go to space and achieve the rare distinction of serving abroad at the International Space Station (ISS).

Others Black women who have gone to space before Watkins include Mae Jemison; Stephanie Wilson, who has spent more time in space than any Black other women; Joan Higginbotham; and Sian Proctor, the first Black woman to pilot a spacecraft.

Though Watkins has drawn praise from several quarters, including experts, her mission shows how much effort Black women need to make to get into the white, male-dominated profession. Mae Jemison, who made headlines in 1992 when she became the first Black woman to go to space, said, “There are few Black women in this field because women are underrepresented in science. However, things are looking better in some ways.”

Watkins joined NASA as an intern and held many distinct positions as a geologist and researcher before being chosen as an astronaut candidate in 2017. Watkins holds a bachelor’s degree in geological and environmental sciences from Stanford University and subsequently did her doctorate in geology at the University of California, Los Angeles (UCLA).

Watkins’ career with NASA has been long and she accomplished a lot at the agency. She played vital roles at NASA’s Ames Research Center and studied near-Earth asteroids at the agency’s Jet Propulsion Laboratory. She was also a part of the science team for the Mars Science Laboratory rover Curiosity.

In a previous interview, Watkins was excited about the upcoming trip and agreed that her mission is not only a barrier-breaking moment but also the natural progression of the field. “We have reached this milestone, this point in time, and the reason we are able to arrive at this time is because of the legacy of those who have come before to allow for this moment,” Watkins said. “At the same time, recognizing this is a step in the direction of a very exciting future. So, to be a part of that is certainly an honor.”

The crew will blast off from Kennedy Space Center on Merritt Island, Florida, early Saturday for a six-month stint in the ISS laboratory and conduct research and do maintenance on the station, the space agency said. Watkins will work alongside three other crew members — astronauts Robert Hines and Kjell Lindgren of NASA and Samantha Cristoforetti of the European Space Agency.

Watkins’ achievement is undoubtedly a great step forward for the space industry and as evidence of the agency made in diversity, much remains to be done. A report from the Space Frontier Foundation, a space advocacy organization, found that nearly 90 percent of people who have been to space are white men. And the space industry as a whole – from researchers and managers to writers and photographers – is “only marginally better.” The report also discovered that white people in the space industry are more likely to make six-figure salaries than Black employees.

According to Kim Macharia, a Black woman who is the chair of the Space Frontier Foundation, said, “The fact that it has taken this long to get African American people on the ISS is disappointing. But it is nice to see this focus is finally happening.” She emphasized that though crews began living on the ISS in 2000, it took more than a decade for a Black astronaut, Victor Glover Jr., to serve a long-term mission on the station.

Bernard Harris Jr. in 1995 became the first Black person to walk in space. Just nine years earlier, Ronald McNair became the second Black astronaut to go to space; he died in the explosion of the space shuttle Challenger in 1986.