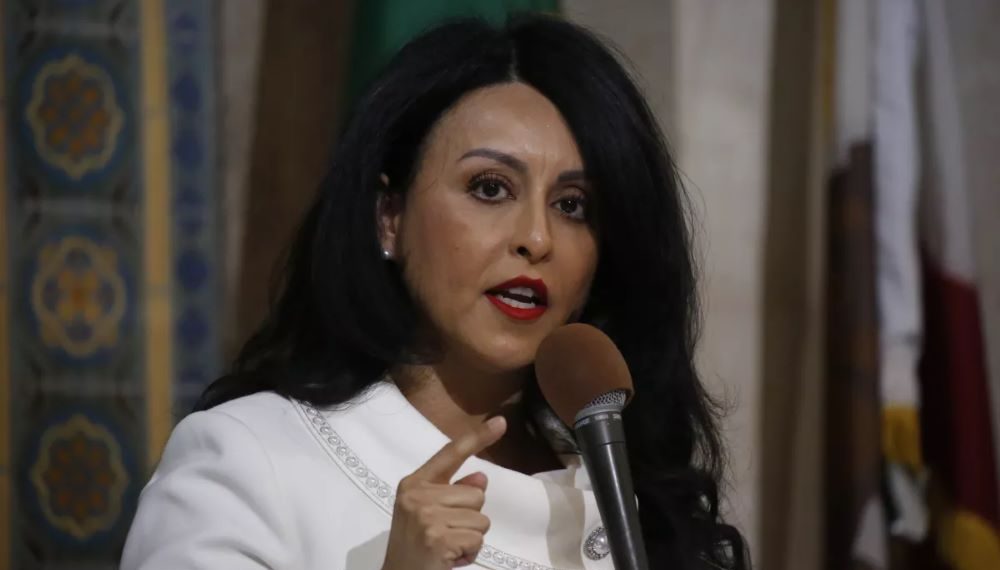 The former president of L.A. City Council, Nury Martinez, who had earlier stepped down as President of LA City Council, following the publication of a recording wherein she was captured making racist remarks, has also resigned from the council on Wednesday.

“It is with a heavy heart that I resign my seat on Council District 6,” Martinez said in a statement on Wednesday.

In the leaked recording that was published on Sunday by the Los Angeles Times, Nury Martinez was heard referring to Mike Bonin, a Black son of a white councilman as “changuito,” a Spanish term that means little monkey, and told council members Kevin de León, Gil Cedillo and Ron Herrera, president County Federation of Labor, all of whom are Latinos, that Bonin “needs a beatdown.”

Just hours after the recording came out, Martinez issued an apology. She also resigned as president. However, she had resisted the calls to step down from the council, even when pressure mounted from every corner of the political area to force her out.

Cedillo and de León, who were also present during the whole conversation, have not indicated that they plan to give up their seats on the council.

On Tuesday, President Biden said that he hoped that the council members would step down.

“He believes that they should all resign,” White House press secretary Karine Jean-Pierre said. “The language which was used and tolerated during that conversation was unacceptable and appalling.”

Council meetings that were held on Tuesday and Wednesday were also disrupted by protesters who flooded the council building gallery and vented out their anger over the revelations.

“What do we want? Investigations! When do we want it? Now!” the crowd chanted during the live feed of the meeting on Wednesday.

The raucous protest continued, despite assurances given by President Pro Tempore Mitch O’Farrell that everyone, including Martinez, Cedillo, and de León, were not present at the meeting and would not be allowed in the chambers.

Amid boos and jeers, the council meeting was adjourned. O’Farrell also announced that all the agenda items would be postponed until Friday. In the leaked recording, Martinez was also heard making comments about immigrants from Oaxaca in Mexico in Koreatown by referring to them as “little, short dark people.”

Martinez was elected to the LA council in the year 2013 and became president in 2020. She described Bonin as a “little bitch,” on the recording and disparaged District Attorney George Gascón.

“F*** that guy,” Martinez commented in the clip while referring to Gascón. “He’s with the Blacks.”

On Tuesday, Bonin also spoke about the leaked recording during the council meeting.

“I am reeling from what these people said. Trusted servants of people who voice hate and bile,” he said.

The secretly recorded meeting in 2021 remained private for more than a year until the Times published it on Sunday, triggering a political earthquake.

“I do not believe that we can have the healing which is necessary to govern while council members de León Cedillo, and Martinez, remain members of this council,” O’Farrell commented on Tuesday. “With a heavy heart, I say these words, but this is a deeply tragic moment for this city.”

The controversy has transcended the whole political demography of Los Angeles.

“There should be an investigation, and the officials involved must resign,” Rep. Karen Bass, a candidate for the mayor, said during a final debate on Tuesday night hosted by NBC. “We need a new direction and new leadership in LA.

“Council members should be free from corruption, which is the basic and minimum standard. You would not accept it at all if the same was happening in any other industry, other than maybe in politics,” Rick Caruso, a businessman by profession and Bass’s only mayoral opponent, commented at Tuesday’s debate.

Before the scandal came to light, Nury Martinez was endorsing Bass, who, if elected, would be the first Black woman as mayor in LA city.

For his part, de León characterized his comments on Sunday as “wholly inappropriate” and said that she regretted contributing to the insensitive comments that were made about her colleague and his family in private.

The three Black members of the LA council, namely Heather Hutt, Curren Price, and Marqueece Harris-Dawson, put out a joint statement in response to the tape. The trio called it “a dark day in LA politics for the LGBTQ + community, African-Americans, Angelenos, and Indigenous people who put their trust and faith in their local government.”

How to Start a Dropshipping Business In 2022

How to Take Criticism Well at Work: A Guide

Leading with Empathy: The Most Important Leadership Skill