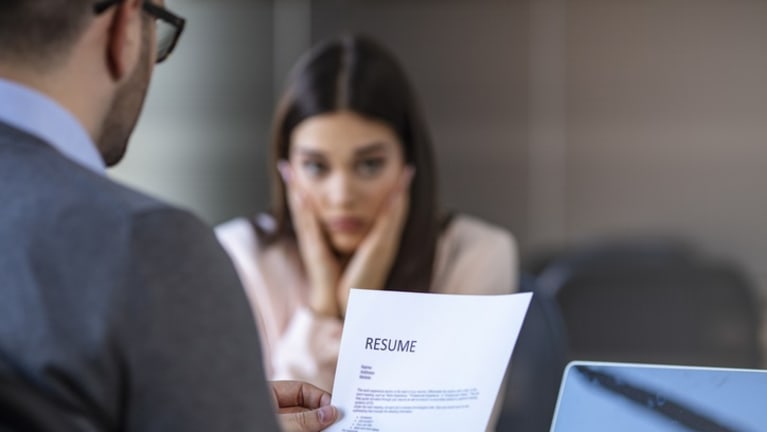 Even when they have similar qualifications and experience, a new report by Oxfam reveals that Indian women face wage discrimination in the job market and earn far less than men.

Founded in 1942, Oxfam is a confederation of 21 independent and charitable organizations that focus on alleviating global poverty. The organization’s discrimination report, 2022, indicated that societal and employers’ prejudices result in reduced wages for women.

Researchers at Oxfam evaluated the government data on jobs, wages, health, and access to agricultural credit within numerous social groups between 2004 and 2020. By evaluating the data through statistical models, the researchers were able to quantify discrimination.

Researchers found that on average, men earned 4,000 rupees ($50) more than women on a monthly basis. The researchers also found that other marginalized communities were subjected to discrimination in the Indian job market as well.

Amitabh Behar, CEO of Oxfam India, says, “The inequality for women and other social groups is not only because of reduced access to education and work experience but also due to prejudice and discrimination.”

Discrimination in the job market happens when members from different social groups and backgrounds are treated differently, despite having identical capabilities and work experience.

India is often called out by the international community and rights groups for mistreating women and girls. Millions of female fetuses are aborted every year, and this has led to a skewed sex ratio between men and women in the country. Further, beginning from birth, most women and girls face domestic violence, workplace discrimination, wage discrimination, prejudice, and neglect that often continues throughout their lives.

India’s gender inequality in the labor force is also well known, with a smaller number of women in the workforce than men. According to the official data produced by the Indian government, in the year 2021, 25.1% of the labor force comprised women. These statistics are considerably less than in many other countries, including Brazil, China, Russia, and South Africa. It also portrays a significant decline in women’s participation in the workforce since, in 2005, when 42.7% of the workforce consisted of women.

Despite India has witnessed rapid economic growth during the past few decades, researchers say that this is a huge cause of concern as it reveals an immense withdrawal of working women from the workforce. Though in the last couple of years, it is suspected that perhaps the pandemic accelerated the trend, the reducing numbers are still unprecedented anywhere around the world.

The report suggests that the degree of gender wage discrimination can be best explained by the existence of a large segment of well-educated and qualified women not desiring to join the job market due to household responsibilities or traditional gender roles.

“It is, thus, patriarchy that makes a large segment of women, who have the same or even higher qualifications as compared to men, stay outside employment, and this has shown no improvement over time.”

In the year 2019, Periodic Labor Survey data of India revealed that there were around 92.4 million young women in the country and only 9.5% of them were in paid work in both formal and informal sectors. Surprisingly, more than 66% were homemakers. Apart from women, the report also revealed that groups and communities that have been historically oppressed, such as Dalits (untouchables), tribesmen, and Muslims, also face discrimination in the job market.

Discrimination in Indian society does not permeate only the social and moral dimensions of the country; it also leads to adverse economic consequences. The Indian GDP has already been witnessing a decline, and unjust discrimination may further the fall. All the stakeholders in the country need to come together to build a discrimination-free India, or else things may get worse.

Asian American Women Fall Off by 80% at Corporate Leadership Levels, A New Report

Dawn Airhart Witte: Being Beyond Sustainable