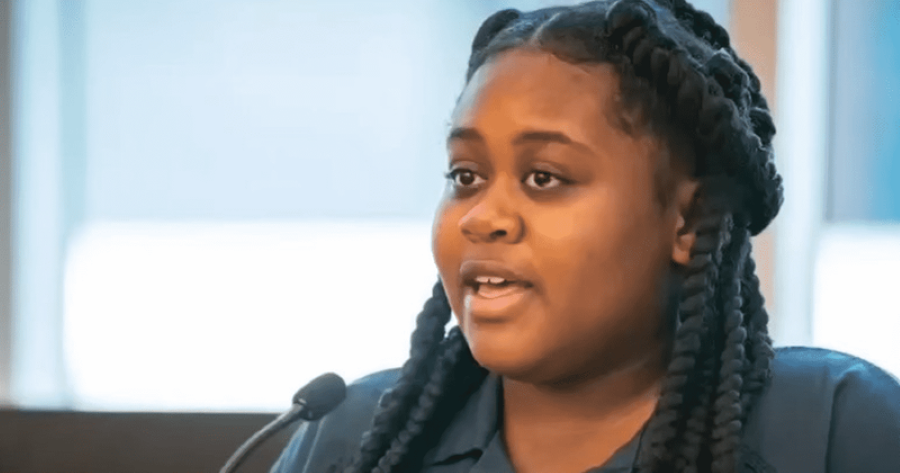 Who is Pieper Lewis? Iowa Teen who Stabbed Her Rapist

Pieper Lewis, 18, who was sentenced to five years in probation in September this year after having stabbed her rapist to death, escaped from custody at a women’s center in Des Moines.

According to a probation violation report, Lewis came out at around 6:15 a.m. from the Fresh Start Women’s Center and cut her GPS monitor off, setting off an alarm and alerting the residential officers on duty.

Lewis pleaded guilty to willful injury and voluntary manslaughter of Zachary Brooks, a father of three, in June 2020. She alleged that Brooks had sexually assaulted her many times and that she stabbed him in a fit of rage.

On September 13, David M. Porter, a Polk County Judge, handed Lewis a deferred judgment in which she was to spend five years on probation at the Fresh Start Women’s Center, Des Moines. She was also ordered to pay $150,000 to the family members of Zachary Brooks.

To pay for Lewis’s restitution, a GoFundMe campaign was launched by one of her former math teachers Leland Schipper and collected over half a million from over 9,000 donors. Schipper wrote that the extra cash will be used for Lewis to pursue a college degree or start a business, giving her “a financial capacity to help other young victims of violent sexual crimes!”

As a 15-year-old runaway who slept in the hallways of an apartment building in Des Moines, Lewis alleged that she was pimped out to many men, including Zachary Brooks, by her boyfriend. Prosecutors did not dispute in the court that Lewis had been a victim of sex trafficking but argued that the victim had been asleep when he was stabbed 30 times by Lewis and did not pose any immediate threat to her.

The $150,000 restitution that she was ordered to pay elicited widespread criticism. However, the judge said, “the court is presented with no option” since Iowa law made restitution mandatory.

At the time of sentence, Lewis was looking at up to 20 years in prison for involuntary manslaughter and willful injury. However, under the terms of probation, her sentence was deferred. Pertinently, a probation violation report that was issued following her escape read that her deferred judgments should now be revoked, and the original sentence imposed.

Prosecutors had recommended that Lewis be placed on probation and spared the strict prison sentence after two intense days of testimony at her sentencing hearing on September 7 and September 23. Her attorneys also asked for a deferred judgment.

Before killing Brooks, Lewis, then 15, said that she ran away from what she claimed was an abusive relationship with her birth mother in early 2020. Eventually, she ended up living with a 28-year-old musician in Des Moines, who she said was her “boyfriend,” and later forced her to have sex with adults, including older men like Brooks, for money. The prosecutors in her case acknowledged that her boyfriend sexually trafficked her. However, the alleged trafficker has still not been charged in the case.

Having witnessed so much of a conundrum, what would become of Pieper Lewis, if she were to be found or caught remains a major question. There is an all-out possibility that her sentence would be imposed, and the probation revoked.

8 Strategies for Community Building in Business