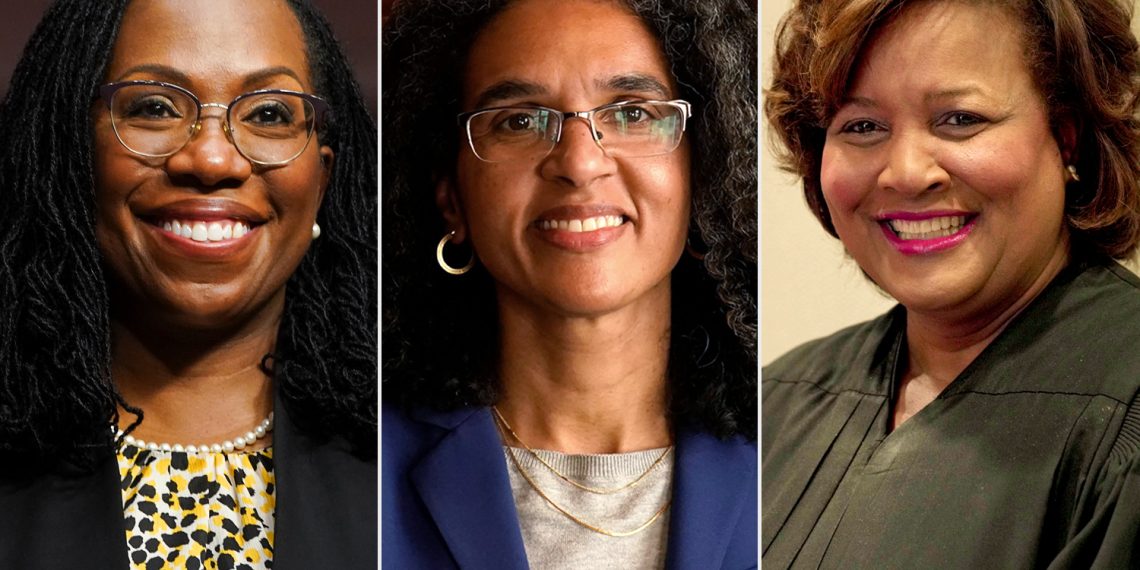 It is expected that President Joe Biden will soon name his nominee to replace Supreme Court Justice Stephen G. Breyer, who will retire this week. According to media reports, President Biden has shortlisted three Black Women judges – Leondra Kruger, Ketanji Brown Jackson, and Michelle Childs for the top judicial post.

In January, President Biden had announced he would share his pick by the end of February. At the same time, he had reiterated his pledge to appoint a Black woman for the post. Here is what we know about the three contenders who are being considered as a potential replacements for Justice Breyer.

While President Biden is yet to reveal the name of his nominee for the Supreme Court post, he has said that his choice would certainly be a Black woman “with extraordinary qualifications, character, experience, and integrity.” In January this year, Biden had nominated J. Michelle Childs to the Court of Appeals for the District of Columbia Circuit.

Fifty-five-year-old Justice Child is a graduate of the School of Law of the University of South Carolina and has worked as the commissioner of South Carolina’s Workers’ Compensation Commission from 2002 to 2006. She has also served in the labor division of the South Carolina Department of Labor, Licensing and Regulation from 2000 to 2002. She is considered to be an expert in labor law and worked on the employment law volume of the American Law Institute’s Restatements of the Law, an influential collection of treatises that define the principles in specific areas of law.

Another potential contender for the Supreme Court post is the California Supreme Court Justice Leondra Kruger. She has served on the high court of the state for seven years. Earlier, 45-year-old Kruger served in the Justice Department’s Office of Legal Counsel as well as in the Office of the Solicitor General. She has argued 12 cases before the United States Supreme Court.

Kruger, a graduate of Harvard and Yale Law School, clerked for Supreme Court Justice John Paul Stevens prior to entering private practice in Washington, DC, and teaching at the University of Chicago Law School. If appointed to the Supreme Court bench, Kruger will not only be the first Black woman on the Supreme Court but the fifth justice of Jewish heritage.

Judge Ketanji Brown Jackson is among the first picks of President Biden for the federal bench and many consider her to be at the top of his list of the SCOTUS nominees. In March 2021, Biden nominated 51-year-old Jackson to replace Attorney General Merrick Garland in the United States Court of Appeals for the District of Columbia Circuit, which is among the most important federal courts in the country.

Jackson’s appointment was confirmed by the Senate three months later, with Republicans Lisa Murkowski, Susan Collins, and Lindsey Graham joining all 50 Senate Democrats in voting to support her appointment. After receiving her bachelor’s and law degrees at Harvard, Jackson clerked for Breyer from 1999 to 2000. Previously, she served as a US district judge in the District of Columbia and on the US Sentencing Commission.

How Supreme Court judges are nominated

In the case of the death or retirement of a sitting Supreme Court justice, the US President has the power to nominate his choice to fill the vacancy. This can happen during a judicial term or during a recess. Subsequently, the Senate will hold confirmation hearings to decide on the candidate’s qualifications and vote on whether or not to confirm the nominee. Only 51 “yes” votes out of 100, known as a simple majority, need to be confirmed. With the Senate split 50-50, even if all Senate Republicans voted against the nominee, Vice President Kamala Harris has the authority to break a tie in her role as President of the Senate, and would presumably vote to approve Biden’s nominee.