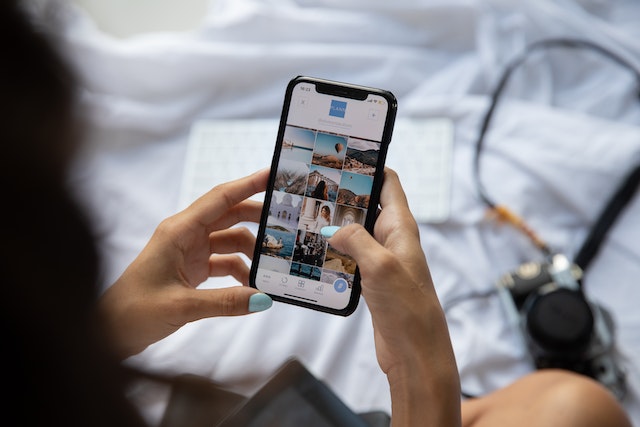 Continuing its trend to subjugate women of strength, a court in oil-rich Saudi Arabia handed a 45-year sentence in prison to a woman for social media posts.

Citing court documents, DAWN (Democracy for the Arab World Now), a Washington-based organization founded by Jamal Khashoggi, said in a statement that Nourah Bint Saeed Al-Qahtani was sentenced to 45 years in prison “likely within last week” by a special criminal court in Saudi Arabia. Her charges were: “using the internet to tear the (Saudi) social fabric” and “violating public order by using social media“.

The conviction of Qahtani is the latest example of a crackdown on women activists following a visit by U.S. President Joe Biden to the country. Little is known about Qahtani or the nature of her social media posts. Many international watchdogs said that they are continuing to investigate the case.

Qahtani does not seem to have had a Twitter account, or at least not in her own name. A lot of Saudi Arabian citizens are said to use pseudonyms and fake profiles to post satirical content, which is critical of the Kingdom’s policies. A lot of them have already faced detention and arrest.

A few weeks ago, Salma Al-Shehab, a doctoral candidate at the University of Leeds in Britain and a mother of two, was also sentenced to 35 years in jail for following Saudi dissidents and activists and retweeting their tweets on Twitter.

These latest cases of prosecution of the women activists put a whole different complexion on the Riyadh-Washington relationship. In July this year, President Biden cited human rights concerns in a meeting with Crown Prince Mohammed Bin Salman, and the Kingdom’s treatment of its women and human rights activists has been a major sore point between the traditional allies.

The relatives of political prisoners in Saudi Arabia initially hoped that President Biden’s visit would bring about the release of their loved ones who have been languishing in jails for a couple of years as part of the crackdown on dissent in the Kingdom.

Saudi laws are designed to give the Kingdom’s judicial and law and order authorities maximum discretion, including the power to detain/arrest individuals for vague grounds such as “disturbing public order” and “endangering national unity”.

Last week, Washington said that it had raised concerns about human rights with Saudi Arabia over Shehab’s arrest, her sentence, and her 34-year travel ban.

Prince Mohammed Bin Salman, who is regarded as the de facto ruler of Saudi Arabia, is said to be the architect behind the crackdown on dissent. Though he has initiated reforms such as allowing women to drive and started projects that create jobs, he said to have two personalities, one that he shows to the world and one that he has in Saudi Arabia.

Abdullah Al-Aoudh, Director of Research for the Gulf Region at DAWN, said in a statement issued here on Wednesday that the “Crown Prince would not allow such vindictive and excessive sentences if he felt that these actions would be met by meaningful censure by the United States and other Western governments. Clearly, they are not.” Aoudh was blatant in his attack on the Western nations and the U.S. for their lack of efforts to protect human rights in Saudi Arabia.

Saudi Arabia is very clear about its policy on political prisoners. The country instead denies that the convictions are politically motivated and executed in retribution. Last month, the Minister of State for Foreign Affairs, Adel Al-Jubeir, told Reuters: “We have prisoners in Saudi Arabia who have committed crimes and who were put to trial by our courts and were found guilty.”

“The notion that they would be described as political prisoners is ridiculous,” he added.

Saudi Arabia refuses to budge from its hardcore stance to allow human rights to foster in the Kingdom. However, Saudi-US relations have been strained of late due to the country’s tumbling human rights records, the treatment of its women, and the 2018 murder and dismemberment of journalist Jamal Khashoggi inside the Saudi consulate in Istanbul, Turkey.

In its Third Consecutive Win, Canada Defeats US in Women's World Hockey

10 Things A Strong Woman Does Differently