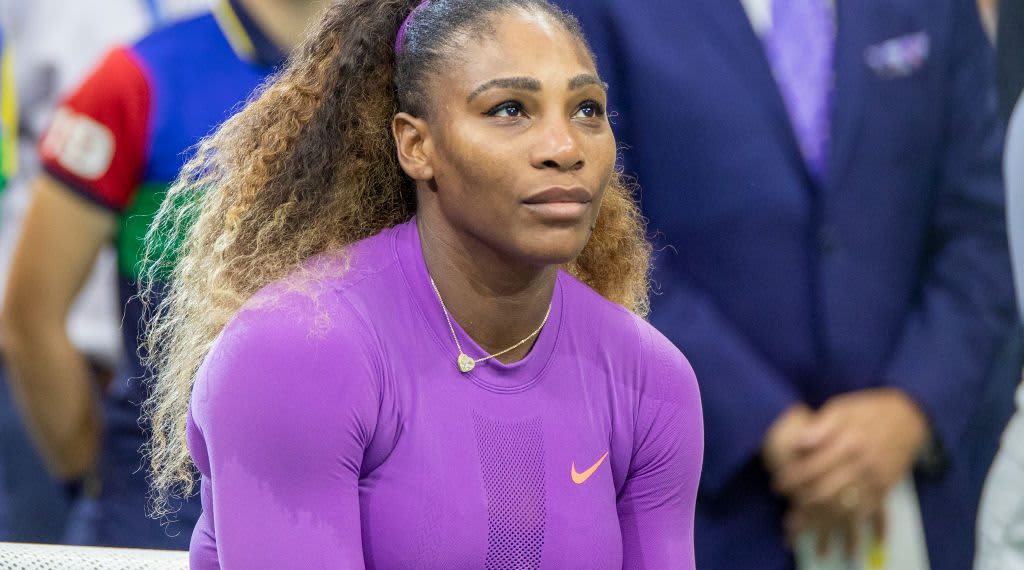 In a recent essay published in VOGUE, Serena Williams, a 23-time major champion and one of the most prolific tennis players of all time hinted that she would be bidding adieu to tennis soon. It is assumed that her retirement would likely come in the aftermath of the US Open, which will begin on August 29. Citing the reasons, Williams, 40, said that she intends to focus on her family, have another child, and develop an investment firm of her own. Williams is married to entrepreneur Alexis Ohanian and has a five-year-old daughter named Olympia.

In the first-person essay published in VOGUE, Serena wrote, “Believe me, I never wanted to have to choose between tennis and a family. I don’t think it’s fair. If I were a guy, I wouldn’t be writing this because I’d be out there playing and winning while my wife was doing the physical labor of expanding our family. Maybe I’d be more of a Tom Brady if I had that opportunity. Don’t get me wrong: I love being a woman, and I loved every second of being pregnant with Olympia.”

Williams made her professional debut in tennis 27 years ago as a teenager and went on to become one of the most prominent sportspersons globally. Williams may soon be a gone sight from the tennis court; her older sister Venus (42) continues to play and has not announced any plans to quit. Starting her professional career in the year 1995, Williams won her first major singles title in 1999 at the US Open. Along with her sister Venus, Williams was raised by her parents Richard Williams and Oracene Price. Thus far, Williams has earned 23 Grand Slam singles titles, right behind Margaret Court, who has won a record 24.

Though her all-time records remain untouchable, Williams’s performance has been on the decline for many years now. She bagged four consecutive Grand Slam tournaments at the peak of her career in 2014-15, and the feat began to be known as Serena Slam. Unfortunately, as her injuries piled up and younger competition began to emerge, her invincibility began to diminish to a great degree. Though Williams reached four Grand Slam finals in 2018-19, she has not managed to lift a major trophy since the Australian Open in 2017, which she had won while secretly pregnant with daughter Olympia.

To tie the record for both men and women that was set by Margaret Court with her 24 Grand Slam titles before the ‘Open Era’ in 1968, Williams has been in the chase of the 24th trophy since 2017, but it has been both frustrating and elusive for her. The pursuit of the 24th title has been very upsetting for her, marked by long absences and crushing defeats. Williams often came close to the 24th title, but it was snatched from her in the US Open finals by Naomi Osaka and Bianca Andreescu and in the Wimbledon finals by Angelique Kerber and Simona Halep.

“There are people who say I’m not the GOAT because I didn’t pass Margaret Court’s record of 24 Grand Slam titles. I’d be lying if I said I didn’t want that record. Obviously, I do. But day to day, I am not thinking about her. If I’m in a Grand Slam final, then yes, I am thinking about that record. Maybe I thought about it too much, and that didn’t help. The way I see it, I should have had 30-plus Grand Slams. I had my chances after coming back from giving birth. I went from a C-section to a second pulmonary embolism to a Grand Slam final. I played while breastfeeding. I played through postpartum depression. But I didn’t get there. Shoulda, woulda, coulda. I didn’t show up the way I should have or could have. But I showed up 23 times, and that’s fine. Actually, it’s extraordinary. But these days, if I have to choose between building my tennis résumé and building my family, I choose the latter,” Williams wrote further.

Williams added that she does not like the word ‘Retirement’ because it does not seem modern to her; however, she would like to treat it as a transition to a new phase in life. Since 2017, Williams has been treated as a living legend, and the prospect of retirement always loomed over her. Every time she committed to playing in another Grand Slam, the fans wondered whether it would be her last. Williams has won 365 matches, featured for 319 weeks at world No. 1, and claimed $94.5 million in prize money. With a net worth of $260 million, Williams is the highest-earning female sportsperson of all time.

With her retirement, Williams would leave behind an extraordinary legacy that would remain a beacon of hope for many and would continue to inspire countless generations of women in the future.

Five Reasons Why Entrepreneurs Should Develop an Agile Mindset