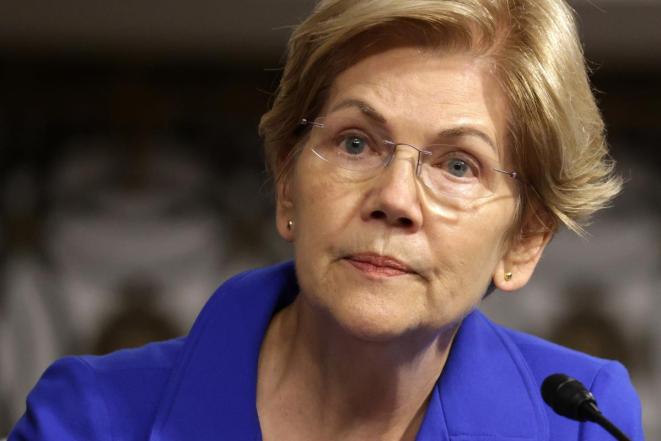 After President Joe Biden announced the student loan forgiveness plan in August this year, under which students would receive up to $20,000 in federal debt relief for having borrowed under $125,000 a year at the end of August 2022, Republicans quickly criticized the plan. They called it a costly, unfair, and illegal plan. Many of those Republicans followed those comments into legal action. Over the past few weeks, several lawsuits have come out from GOP state attorney’s general and conservative borrowers.

While many of these lawsuits are yet to prevail, Democratic lawmakers and even President Biden have slammed those efforts. Similarly, Democrats are not falling short of pushing back the conservative efforts to stop Joe Biden’s student loan forgiveness plan in its tracks.

Senator Warren further said that it would not work. She said that “it shows their priority: putting the profits of loan servicers over the relief of working-class and middle-class Americans.”

Warren’s remarks came after President Biden defended his loan plan over the weekend in the Congressional Black Caucus while speaking of his administration’s accomplishments.

“I know, I am being banged up by the Republicans, but bring it on,” Biden said, while denouncing the Republican effort to hamper his student loan forgiveness plan.

Calling the plan a game changer, President Biden said that he does not want to hear a single word from such members of Congress whose families were given “tens of thousands of dollars and several million in pandemic relief loan forgiveness. The same ones are criticizing…Give me a break…Come on…They voted for that!”

Biden’s comments were a dig at the GOP lawmakers whose loans were forgiven through the Paycheck Protection Program, created during the pandemic to give medium and small business owners financial relief. Many of these members of Congress criticized President Biden’s debt relief program; therefore, some Democrats and the White House called it “hypocritical”.

It is not clear as of now how the lawsuits may progress. Last week, six GOP-led states filed a lawsuit together against student debt relief. Later, the state of Arizona filed its own lawsuit, but a federal judge declined to block the loan forgiveness plan following a suit that was filed by an Indiana lawyer who argued in the court that he would be harmed by the said debt relief. President Biden’s administration continues to maintain that it has the authority to carry out such relief under the HEROES Act, 2003, which gives the Education Secretary the authority to either modify or waive student-loan balances in regard to a national emergency like the pandemic.

Those criticizing this relief argue that it is overstepping the authority, therefore, contradicting the Democrats’ claim that the loan forgiveness plan is well within the law. In pursuit of proving their point, the Republicans have also shied away from taking the legislative route to block the debt relief. For example, GOP Sen. Rick Scott introduced legislation requiring the US Congress to approve any blanket debt relief plan, which triggered Warren to call it a “shameless attempt” to block the plan.

“Sen. Scott’s bill is another desperate effort of the Republicans to block the cancellation of student debt for millions of Americans,” Warren fumed.

Warren said that while, on the one hand, “Republicans are happy to pass tax breaks and regulatory loopholes for the billionaires and giant corporations, on the other, they are fighting, tooth and nail, to keep the working families from getting a penny of relief.”

Financial Advice for Women in Their 20s

Nicole Batiste: Own Your Power