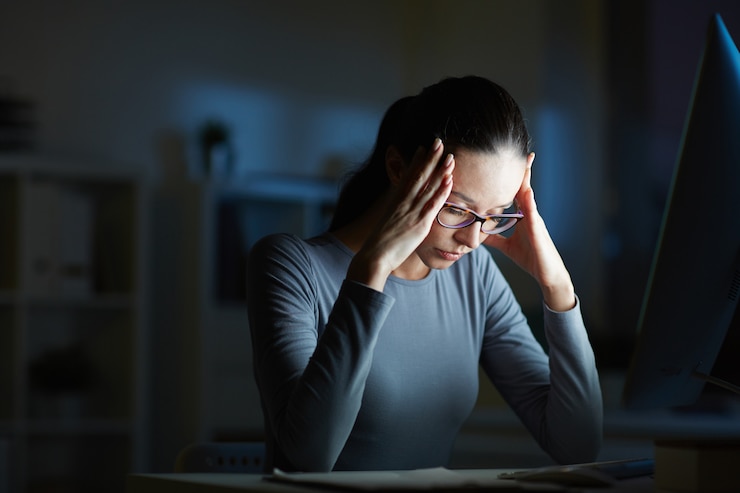 Stress and Anxiety Levels in Women at a 10-year High: Survey

According to the latest study on the well-being of women and girls conducted by Gallup, an analytics firm, and Hologic, Inc., a medical tech company, the levels of worry, anger, stress and anxiety were found to be at a 10-year high. The study surveyed 66,000 subjects in 122 countries. The authors of the survey found that 43% of respondents experienced worry in 2021, 41% said they were feeling stressed, 32% expressed feelings of sadness, and 26% said they were feeling angry.

Compared to 2020, worry, anger, and stress among women rose by 3% in 2021. Moreover, sadness increased by 6%. These statistics are at a record high, given the data collected by the Gallup World Poll in the last decade. Gallup began tracking women’s emotional health in 2011, and the experts say that this downfall stems from the lack of progress and, in many cases, a backward momentum.

“These markers should serve as a wake-up call for the world leaders to think more actively for women, whose well-being reciprocates into the health of families, societies, and the economy,” Steve MacMillan, President, and CEO of Hologic told USA Today.

The study also revealed that the gender gap in emotional health had widened during the past year since nearly 39% of men reported feeling worried and stressed, while 26% reported feelings of sadness and 21% felt angry.

Mental health experts say the survey indicates that women have disproportionately borne the emotional burden of the COVID-19 pandemic since many families had to face job insecurity, unstable income, and interruptions in the medical and childcare services. According to experts, a lot of this burden resulted from the conceptions of traditional roles, which puts the responsibilities of caregiving and household management on women, even in developed countries.

Dr. Elizabeth Fitelson, director of the women’s program in the psychiatry department of Columbia University, says, “Many of these burdens still disproportionately fall on women despite their jobs and having to juggle multiple roles.”

Though the pandemic forced both men and women to leave their jobs in droves, the studies show that men returned quickly to the workforce compared to women.

According to an analysis conducted by the National Women’s Law Center and the data from the Bureau of Labor Statistics, compared to the pre-pandemic levels, women are still down by 100,000 jobs, while men hold 132,000 more jobs as of July 2022.

A 2021 survey conducted by the Kaiser Family Foundation further found that countless women quit their work or took unpaid sick leaves due to the closure of schools or daycare centers.

Health experts also say that women are disproportionately affected by domestic violence. The American Journal of Emergency Medicine reported that cases of domestic violence have increased from 25% to 33% around the world.

Dr. Sofia Noori, a clinical instructor in the department of psychiatry at the University of Yale and co-founder of the Women’s Mental Health Conference, says that all of these factors compound, and when you are constantly exposed to stressful situations, “your nervous system does not get a chance to rev down, and thus, you are continuously in a fight or flight state.”

Health experts repeatedly warned that experiencing too much stress for a considerable period of time (without having any access to resources that can help an individual deal with those stressors) could lead to toxic or chronic stress and anxiety.

The experts say that one of the best ways to support the mental well-being of women is to improve the social safety nets and implement such policies that make it more feasible for women to have access to health care, food security, housing, etcetera. Mental health is also largely unrecognized and understudied in women; therefore, more awareness needs to be created in this area. Mental health treatment is paramount to managing the aftermath of crises, toxic stress, and trauma in women.

“Women are the cornerstones of our families, society, and the economy,” Dr. Susan Harvey, vice president of worldwide medical affairs at Hologic, said during a conversation with USA Today. “We need to pay attention to it and to everything that it signals.”