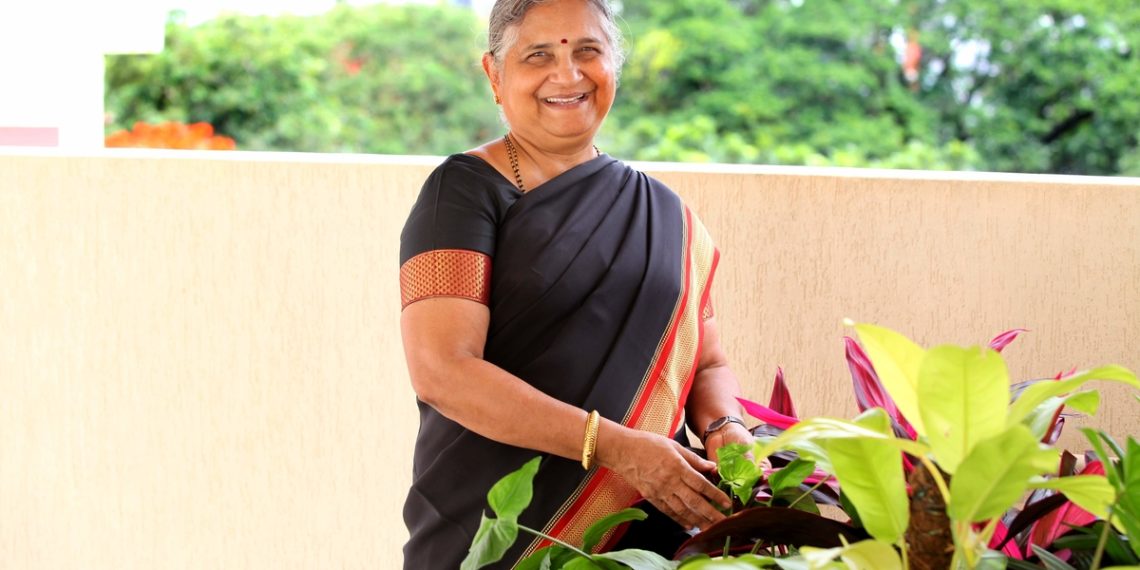 Some women, be it Mother Teresa or Kalpana Chawla, are born to inspire. They have been a source of motivation and a catalyst for social change. Sudha Murthy is one such name that has significantly impacted Indian society. She is a writer, philanthropist, and entrepreneur.

Sudha Murthy is highly revered for being a prolific writer, facilitating the education of poor children, and being one of the brains behind Infosys, a leading IT company in India whose net worth was over $14 billion in 2021. One of the exciting facts about Murthy is that she made her debut by acting in a Marathi film titled ‘Pitruroon.’ The film is based on her Kannada novel ‘Rhun.’ She is extremely fond of movies and, believe it or not, Murthy watches about 265 movies in a year.

Murthy’s philanthropic contributions have earned her global recognition. From becoming the first female engineer of India to becoming the chairperson of Infosys, her efforts to usher in a change in society, coupled with her educational journey, have played a vital role in her making.

Sudha Murthy is a Maharashtrian by birth. Born on August 19, 1950, Sudha Murthy’s father, Dr. R.H. Kulkarni, was a surgeon, and her mother, Vimala Kulkarni, was a homemaker. Her mother has supported her in all her endeavors since her childhood. Since her young days, Murthy has been passionate about doing something extraordinary. Her education played a significant role in shaping her as a successful author, even though her educational path was more technical. Her hard work and commitment are clear from the fact that she emerged as a top student during her Bachelor’s and Master’s degrees. She completed her BE in Electrical Engineering and won a gold medal for her exceptional academic performance. Later, she considered the option of higher studies and pursued her ME in Computer Science in 1974 from the Indian Institute of Science, Bengaluru.

Since her early days, Murthy has always advocated women’s rights and has been a pioneer in spreading education, especially providing education to women and the underprivileged. Once, she wrote to Indian automobile giant Tata Motors, earlier known as Telco, about the company’s men-only policy. Interestingly, the company group chairman J.R.D. Tata soon called her for an interview, and she was able to convince the former that women are equally talented and skilled in engineering as their male counterparts. Later, she joined the company and became the first female engineer to be employed in India. Her position in the company redefined its job policies.

In addition to supporting her husband, Narayana Murthy, in founding Infosys and providing him with the initial investment, Murthy has written an enormous volume of literature, including books for kids. Through her writings, Murthy encouraged the young and elderly to inculcate a habit of reading in them. Her education and ceaseless efforts toward improving society have made her a brand name. She has helped spread awareness about education, public hygiene, poverty alleviation, and women’s empowerment through her Infosys Foundation.

Murthy won many awards in recognition for her work in various domains. She has received several awards for her academic excellence. In 2019, IIT Kanpur awarded her Honorary Doctor of Science (DSc) degree. Her achievements include a list of literary works in many languages. Initially, she started to write in Kannada and later wrote in English.

Murthy started Infosys Foundation in 1996 and is its chairperson and trustee. She has built 2,300 houses in flood-affected areas through the foundation and built 7,000 libraries in schools and 16,000 toilets. She is also an active member of the Gates Foundation.

Murthy believes that massive possession of material wealth and money doesn’t define a person. Explaining her point with a story from her personal experience, she once said that when she was heading for her flight at Heathrow Airport in London, she was called ‘cattle class’ by a fellow passenger.

Incidentally, the passenger was a woman dressed in western clothes. She asked Murthy, dressed in Indian attire, to stand in the economy class queue and not the business class queue. Murthy could show the lady her boarding card, but she didn’t. Later in the day, Murthy met the lady once again at a meeting chaired by Murthy. While the woman was shocked to see Murthy lead that meeting, she had made her point without saying a word.

Several things inspired Murthy. Among them, she stands by the belief that money always changes hands, and giving back to society fosters significant goodwill. Her noble beliefs are reflected in her active participation in social work for art and culture, public hygiene, healthcare, poverty alleviation, and women empowerment and education.

Sudha and Narayan Murthy’s daughter Akshata Murty is a London-based Indian fashion designer. Her husband Rishi Sunak is a British politician and Chancellor of the Exchequer.