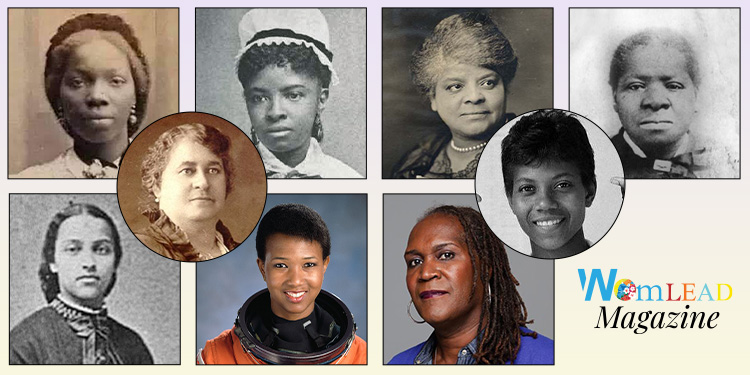 History is replete with stories of several intelligent, powerful, and motivating Black women who have broken all barriers and racial inequality to transform the world we live in today. Some of them were writers, poets, doctors, scientists, and many more. Some have been remembered for their lofty achievements, while the stories of many others still remain untold. Here are the 10 most powerful black women you’ve never heard about.

Born in West Africa in 1753, Phillis Wheatley was the first Black American woman poet whose book of poems was published in 1773. When she was just 8 years old, Wheatley was taken to New England as a slave. She was purchased by the Wheatley family and renamed Phillis Wheatley. Once she was caught writing on the wall with chalk and seeing her enthusiasm for writing, the Wheatley family started tutoring the young girl in reading and writing.

Later, she studied English literature, Greek, Latin, and the Bible. In 1773, an accomplished Phillis Wheatley moved to London with the help of her family and published her first book of poems. Thereafter, she went back to America and was freed from slavery.

Born in 1845, Mary Eliza Mahoney is credited with being the first Black woman to be a nurse in the United States. Before she joined the New England Hospital for Women and Children, Mahoney served as a cook, washerwoman, and even a janitor.

Mahoney’s career spanned over 40 years during which she served as the director of Howard Orphan Asylum in New York’s Long Island, and founded an institution for American nurses – which was later renamed American Nurses Association. Even after her retirement, she continued her struggle to establish the rights of the minority. In 1920, Mahoney was among the first women who were registered to vote in Boston.

Ida B. Wells-Barnett was born enslaved in Mississippi in 1862. All through her life, this iconic Black American woman struggled to end lynching – a common punishment for Black people in America in those days. She also fought for the right to vote for minorities. Wells-Barnett owned two newspapers – Headlight and Free Speech and The Memphis Free Speech. Wells-Barnett continued fighting for the rights of Black women and civil rights for minorities. She was awarded the Pulitzer Prize posthumously.

Bridget ‘Biddy’ Mason was the first Black woman millionaire and a real estate moghul in Los Angles. She was enslaved in 1851 and her owner took her to San Bernardino, California. However, California had already entered the Union and became a free state in 1850. This change made her owner leave California, as the law stated that if he did not leave the state within 30 days; his “property” could sue him. Mason exactly did that and became free.

After her freedom, Mason served as a midwife, nurse, and even a businesswoman to prosper. She purchased a large property in downtown Los Angeles. It is estimated that she was worth about $56 million in the present day. However, Mason also gave back to society by founding a school, orphanage, and the First American Methodist Episcopal Church.

Daughter of a master mason, Mary Jane Patterson was the first African-American who created history when she graduated from Oberlin College in 1862. She was barely 16 years old when her family moved to Ohio for their children’s education. After Patterson completed her studies, she secured the job of an assistant teacher in the Philadelphia-based Institute of Colored Youth’s Female Department. Subsequently, she served as a teacher at the Preparatory High School for Colored Youth, which was renamed Dunbar High School. Patterson served as the first Black principal of the school from 1871 to 1874.

Daughter of a master mason, Mary Jane Patterson was the first African-American who created history when she graduated from Oberlin College in 1862. She was barely 16 years old when her family moved to Ohio for their children’s education. After Patterson completed her studies, she secured the job of an assistant teacher in the Philadelphia-based Institute of Colored Youth’s Female Department. Subsequently, she served as a teacher at the Preparatory High School for Colored Youth, which was renamed  Dunbar High School. Patterson served as the first Black principal of the school from 1871 to 1874.

Mae Jemison was the first Black American woman who traveled into space in 1992. Besides being a physician, she is an engineer and NASA astronaut. Mae Jemison entered Stanford University at the age of 16 and earned her degree in chemical engineering. Later, in 1981, she earned a doctorate in medicine from Cornell University.

Andrea Jenkins is the first African-American transgender person to hold public office in the United States. Before she was elected to the Minneapolis City Council, Jenkins already had 25 years of experience in public service. She has served as a nonprofit director, policy aid as well as and employment specialist. Besides being a performance artist, writer, and poet, Jenkins is a transgender activist and has campaigned for climate change, restraining police excesses, and ending voter suppression.

Maggie Lena Walker created history when she defied racism and gender inequality to become the first African-American woman president of a bank in the United States. Daughter of a former slave, Walker studied in public schools and served as a teacher. She also founded a newspaper before establishing the St. Luke Penny Savings bank in 1903. Later, she also served as the chairwoman of the bank when it merged with two other banks in Richmond

Sprinter Wilma Rudolph was hailed as “the fastest woman in the world”, and she became the first Black American woman to secure three gold medals at the 1960 Summer Olympics in Rome. Rudolph was honored when she found a place in the US Olympic Hall of Fame. After earning a degree from Tennessee State University, Rudolph campaigned for civil rights and even refused to participate in a segregated homecoming parade organized in her honor.