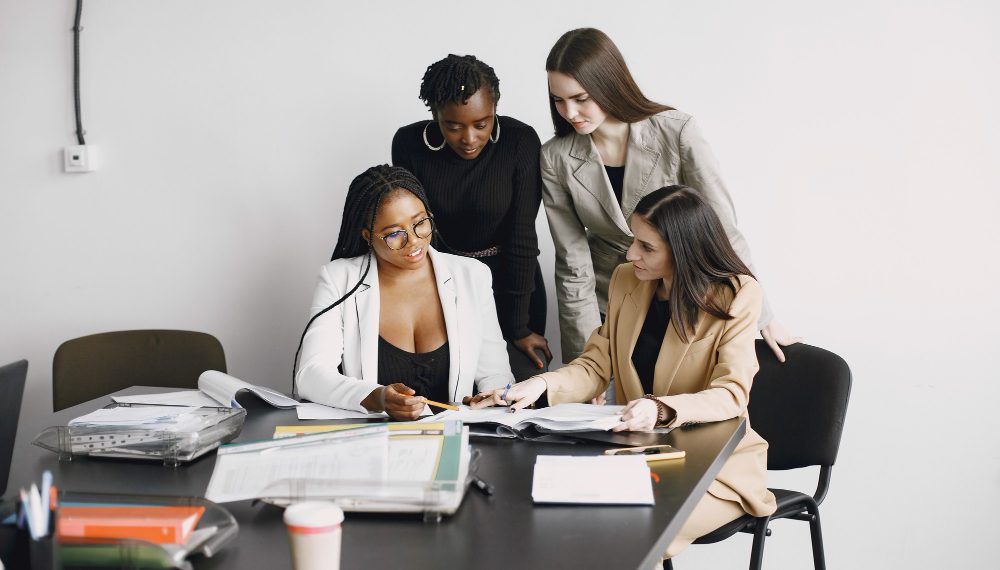 As we celebrate Women’s History Month every year, we also need to celebrate the major strides made by women in the labor market. The entry of women into paid work has been one of the major factors in America’s prosperity. Notwithstanding this progress, many women are still unable to achieve their goals. The gap in earnings between women and men, though smaller than it was years ago, is still significant. Moreover, women continue to be underrepresented in certain industries and occupations. At the same time, many women still struggle to strike a work-life balance. Women’s advancement has also been hampered by barriers to equal opportunity and workplace rules.

In the early 20th century, most women in the United States did not work outside their homes. Even those who did were mostly young and unmarried. In those days, only 20% of all women were “gainful workers” and just 5% of those married were categorized as such. To a certain extent, these statistics belittle the contributions of married women to the. African-American women were about twice as likely to participate in the labor force as were white women at the time, mainly because they were more likely to remain in the labor force after marriage.

However, several economists have shown that women in the 18th and 19th centuries played a more important role in the economy than we might have thought. They were critical to their families’ economic well-being as well as their local economies. Besides their rearing of children or taking care of household responsibilities, they took an active part in growing and making the products that families bartered or sold for a living.

Women’s role in the market economy receded as the production of goods became mechanized and moved outside of the home. Their labor force participation also dropped substantially towards the end of the 19th century. Thereafter, after 1890 and very much into the 20th century, there was a gradual increase in the women’s workforce in the United States. Boston College economist Claudia Olivetti has shown that the dip is less significant for economies that began significant development after 1950.

A rise in women’s participation in the economy

According to economists, there were four periods after the nadir of women’s participation in the labor market. The first three of which were evolutionary, while the final one was revolutionary. In the first of these phases, from the late 19th century to the 1920s, it was primarily poor, uneducated single women who entered the workforce, often as pieceworkers in manufacturing or as employees in other people’s homes. Married women largely stayed home, and the single women who worked generally exited the workforce upon marriage. In the 1910s, we see more women working in teaching and in clerical positions, which began a period of major growth.

The period from the late 1970s to the early 21st century witnessed a “quiet revolution” wherein women’s overall labor force participation rate rose but not much. The percentage of women of childbearing age with a child under the age of 1 in the workplace rose dramatically during this period from 20% to 62%. Young women in their late teens during the 1970s changed their career expectations and anticipated long, continuous careers that would not be cut short by marriage and children. This development, in turn, encouraged them to invest more in their education, with increasing numbers going to college and beyond, thus preparing them for careers that gave them status closer to men in the workplace.

Some researchers point to the potential positive impact of implementing paid family leave and expanded access to childcare on prime-age women’s labor participation rates. A recent study showed that national family policies can have a significant positive impact on women’s labor force participation. The researchers found that investments in childcare and early childhood learning had significant impacts on women’s labor force participation. They also found a positive impact on maternity leave policies of up to 50 weeks. Interestingly, another research showed that family policies that benefit only women can undermine their potential impact, as they might affect employers’ attitudes toward female employees.

Apparently, a change in direction for US policies related to childcare and early education, along with a strong national paid leave policy for family leave could help to reverse the downward trend of US women’s labor force participation and put it back on the same path that most other developed countries are on. The 20th century witnessed the restoration of women’s strong participation in the workforce, while the 21st century has seen a disturbing reversal.

Challenges for Women’s Workforce in America

The United States faces a number of longer-term economic challenges, including the aging of the population and the low growth rate of productivity. One recent study estimates that increasing the female participation rate to that of men would raise our gross domestic product by 5%. The workplaces and families, as well as women themselves, would benefit from continued progress.