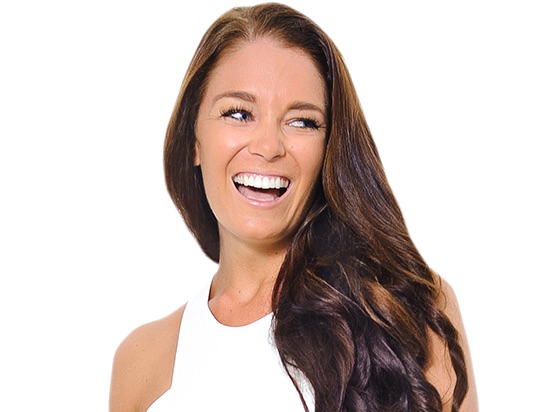 by Regan Hillyer
in HER Story
Reading Time: 5 mins read

To her surprise, he father said “Ok, I just want you to be happy” but then said, “So Regan, what are you going to do?” to which she had no idea.

Regan Hillyer is a Serial Entrepreneur, Philanthropist, Mindset Coach and Global Speaker. She is the founder of Regan Hillyer International, a company dedicated to providing personal development and business training to men and women who have a big message they want to share with the world.

Regan grew upAuckland, New Zealand. Growing up she had no idea what she wanted to do. Her family believed in following the system: working hard, getting good grades, going to college or university, getting a job and then, hopefully, finding some life satisfaction along the way.

Her father wanted to be an architect so it made sense to naturally follow the route that she thought she would be good at. At 18 years old, whilst studying to be an architect, she had her ‘a-ha moment’ which in reality wasn’t as pretty as it sounds: she was asked to imagine her life as an architect but in 20 years on. She totally freaked out, felt sick to the stomach and had a strong urge to get up and run out of the seminar. She simply couldn’t imagine her life as an architect. She called her father, shaking and in tears, and explained this was not her path. To her surprise, he father said “Ok, I just want you to be happy” but then said, “So Regan, what are you going to do?” to which she had no idea. She made a decision there and then that she was not going to go down the ‘right’ path and went on a long journey of self-discovery through personal development.

She first started googling things like “How do I quit my 9-5”,”How can I fix my life?” which led her to find an e-book of a self made millionaire and she attended a seminar of his. This then led her to start investing in herself and attending events that pushed her far out of her comfort zone. As a self-claimed ‘seminar junkie’ she started investing in herself and at times, spending nights on a friend’s couch when she couldn’t afford her rent – doing whatever it took to change her own life to be able to help others do the same. Regan went on to rack up 100k of personal debt of credit card loans to try and figure it all out. To do everything she possibly could to create a life of freedom and to help people. She dabbled in everything from property investment to starting businesses to sales and marketing. But her life still looked the same.

Desperate, she turned to her mentor at the time: “maybe I’m not cut off for this, maybe I’m not meant to be successful, maybe success is for other people, maybe I should have been an architect…” Her coach, simply turned around, looked at her and laughed…

“Ah Regan”, he said, “you haven’t of the 80/20 rule have you?”. To which he then went on to explain that success is 80% mindset – the inner game, and 20% strategy – taking action. He asked her how much mindset she was doing to which she replied and realized she was doing hardly any mindset work.

This was the moment when Regan started investing in herself; in her mindset. Investing in things like NLP, hypnosis, she became obsessed with matrix energetics, matrix works and so much in that realm. Sure enough, everything started to shift and she started seeing results in her life.Regan looked happier, she started her coaching business and started to make money and share her story. For the very first time she felt a sense of purpose: Not only was she helping people but they were coming back to her and saying thank you because she had shifted their thinking. She was coaching people on a one to one basis but after a while, she realized she had built herself a job and it was capped. She was on the phone coaching people back to back and she didn’t have the time freedom she craved and she wanted to reach and help more people.

She started speaking at events and filling her own rooms. She made her first million dollars in a year. Everyone kept saying, “wow you must be so happy!”. But she didn’t realize how unhappy she was. One day when Regan hosted an event, the people attending had invested thousands of dollars. As she was standing outside the room, reaching her hand out to open the door, the same sickly feeling in her stomach (that she had in the architecture seminar at 18) came over her again. She ran the event but afterwards started scorning herself that she should be grateful for where she was and what she had achieved, asking herself “what is wrong with me?”

Regan then went to Bali. She committed to figuring out what that ‘feeling’ was and after some more self discovery, she worked out that making money wasn’t what life was all about. She had been hiding behind brands and the truth of what she knew. She figured out she wanted to help a whole lot more people than who she was helping in those rooms. She had to do some things differently and knew her external reality was from within. She knew if she wanted to, she could manifest anything she could. Pulling herself back into alignment, she then committed to playing a bigger game.

Regan is the founder of Regan Hillyer International, a company dedicated to providing personal development and business training to men and women who have a big message they want to share with the world. Regan has trained thousands of people, helping them build multiple six- and seven-figure businesses location-free, using powerful mindset changing tools and cutting-edge business development strategies.

The 4 Fundamentals to building a High-Performance Team