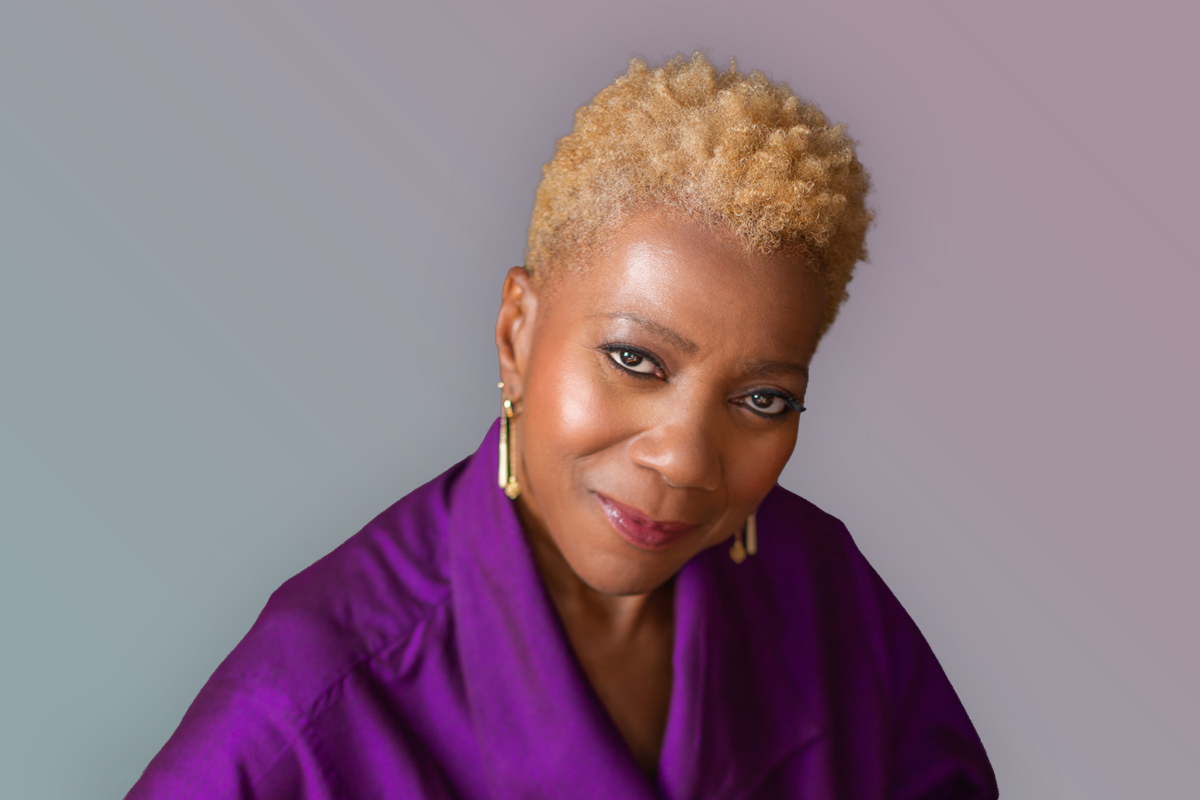 Carmen Lundy's mantra is "do what you love and do it to the max."

by Naghilia Desravines
in HER Story
Reading Time: 3 mins read

Carmen Lundy is an extraordinarily gifted, sophisticated vocalist and uncompromising jazz singer, and performer. She is also a multi-talented artist who is revered for her excellence as a vocalist, composer, arranger, producer, actress, painter, and pianist.

Born in 1954 in the vibrant arts and live music hub of Miami, Florida, it is no wonder that Carmen chose a career in the arts. She hails from a musical family. Her mother was a lead singer in a gospel group called the Apostolic Singers, while her brother, Curtis Lundy, is a well-known bassist.

She started piano studies at six years old, and she was singing in the church choir by the time she was 12. She later went to the University of Miami, where she received her BA in Music, majoring in Opera. While studying at the university, she joined a jazz band, which led to her deciding to focus on vocal jazz.

Lundy started her career in Miami when she was only 18 years old, taking up singing gigs in the Miami Beach Hotels. She moved to NYC in 1978, where she says, “she hit the ground running.”  She performed her first New York engagement at the Village Vanguard in Greenwich Village as part of the Thad Jones/Mel Lewis Jazz Orchestra. She made numerous appearances in New York City in the early 80s performing with Bill O’Connell and Steve Berrios, pianists John Hicks and Onaje Gumbs, among others.

Lundy released her first solo album, Good Morning Kiss, in 1985, and it topped the Billboard chart for 23 weeks. Her second album, Night and Day, was released in 1986. Her most recent release was her album, Modern Ancestors, in October 2019. Lundy’s other notable releases include Code Noir (2017), Soul To Soul (2014), and Changes (2012), among others. Most of her releases have topped the Best Albums and Top Ten albums lists.

She has composed and published over 120 songs in her three-decade career. Some of her compositions have also been recorded by other artists as Ernie Watts, Straight Ahead, and Kenny Barron.

The New York Times quoted Lundy as “One of the most respected jazz voices of her generation.” And The New Yorker named her as “A model of persistence, Lundy has soldiered on with ever greater self-possession; her recordings, including the recent ‘Modern Ancestors,’ resound with musical assurance – she composes much of her material – and outspoken political fervor.”

In 2018, Carmen Lundy’s song “Kumbaya” from her Code Noir album won the RoundGlass Music Award as the Best Jazz Single. In 2016, she was honored with the 2016 Lifetime Achievement Award in Jazz by Black Women In Jazz and The Arts in Atlanta. She was also honored with History Maker status by the esteemed The Historymakers® organization – the most extensive African American video oral history collection based in Chicago.

Carmen Lundy’s mantra is “do what you love and do it to the max.” She is currently working on a project that her mother’s gospel music group inspires to honor and celebrate their dedication and passion as Black women in music.

Paula Day: You Attract What You Believe You Are Worth

How Women Can Find and Own their Voice