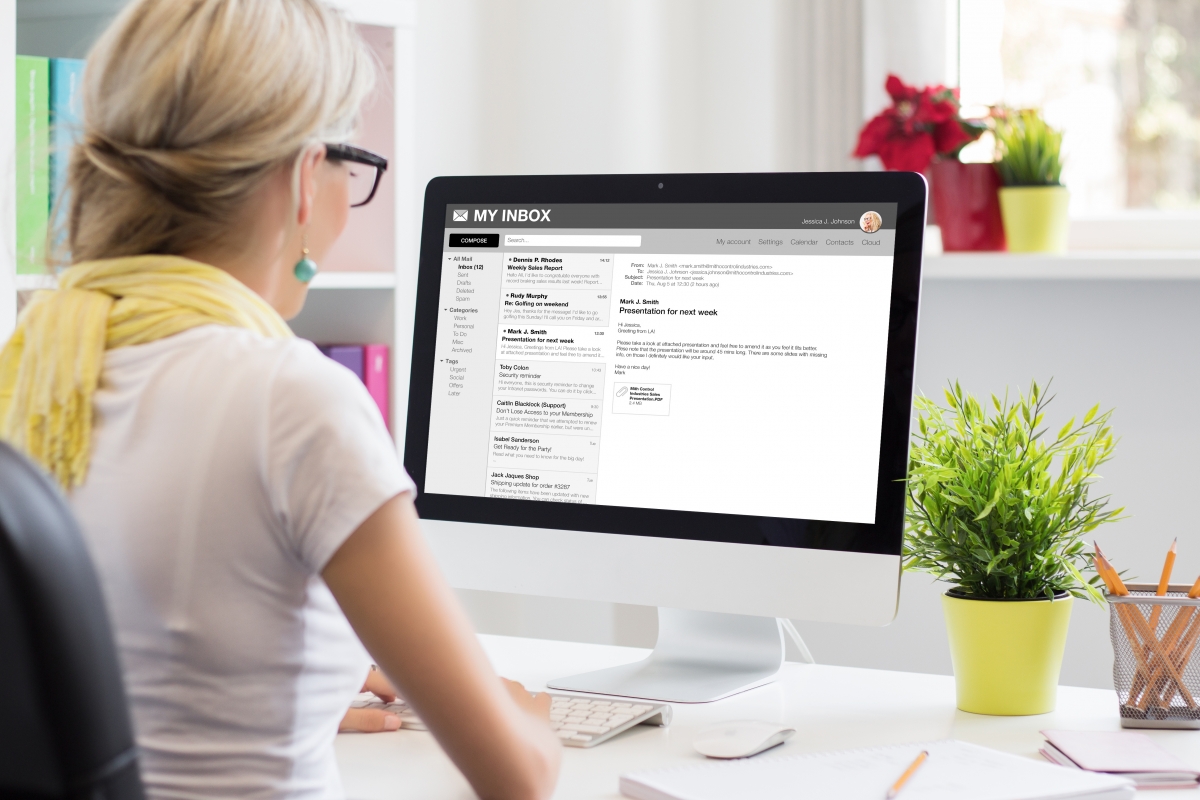 As the world gets increasingly smaller with the internet connecting small business owners with customers around the world, it is essential for entrepreneurs to be well versed in email etiquette. Knowing how to communicate well via email is also important at a time when the world is forced to move away from physical offices to a digital work environment. One question that many people have is whether it is acceptable to use all capital letters in an email.

Using capital letters may seem like a natural thing to do for some people, who generally ask what’s wrong to follow this practice in an email. The fact is that email as a form of communication has certain etiquettes that people have to follow, just as there are accepted rules in any other form of communication, and not using all capital letters is one of these rules.

All Capital Letters Are Rude:

According to a paper published at the Allied Academies International Conference, courtesy and professionalism are important elements of all forms of business communication, and they especially apply to email correspondence. Email is increasingly being used as the preferred form of business communication, and it is important for an entrepreneur to create a good first impression and build goodwill with potential clients, stakeholders, and employees.

General Rules to Us Capitalization:

Capitalizing every single word will be seen as being rude, but that doesn’t mean the general grammar rules should be ignored. The first letter of a sentence needs to capitalize just like the first letter of proper nouns.

There is a reason why these grammar rules exist. The first letter at the start of a sentence is capitalized to give the reader a pause before introducing a new idea after the previous sentence. Similarly, the starting letters of names are capitalized in order to call the reader’s attention to it.

There may be times when the email sender wants to highlight a particular word or a sentence. Although it is acceptable to use capitalization once in a while, it is always safer to use alternatives and not appear to be shouting at the reader.

Italics are an elegant way of drawing a reader’s attention at a specific word or a phrase. An entrepreneur can also underline some words to emphasize their importance, but this should be done sparingly. If the email has too many words that are in italics or underlined, it can be distracting and even jarring to the reader.

When to Use Capitalized Words:

There may be rare occasions when a business owner feels the need to vent some anger and use capitalized words. If the intention is to strongly convey displeasure or anger to the reader, then capitalized words can be used. However, an entrepreneur has to be cautious when doing this.

An entrepreneur may be tempted use capitalized words while facing an escalating problem or conflict. This is a time when emotions flow freely and they can find their way into emails. The best thing a business owner can do at times of stress is take a break or take on some other activity.

Emails that are related to problems or conflicts should be written when the entrepreneur is calm and relatively stress-free. It is important to note that people don’t get to see each other’s facial expressions while corresponding through emails, which leads to misconceptions and escalations of problems that can be avoided. An in-person meeting or a FaceTime call should help to resolve the issue quickly rather than allowing the situation to linger over multiple back and forth emails.

Emails and The Future:

Emails are not just used for business communication; it is increasingly being used for personal correspondence as well. The situation has led to a blend of formal and informal forms of online communication. Even business acquaintances may start having friendly conversations via emails over time after getting to know each other.

Use of capitalized words in emails while interacting with a person who is well known to the entrepreneur is less risky. However, as a general rule of thumb, a business owner should stay polite and professional when dealing with a person associated with the business.

5 Ways a Business Management Solution Can Help Your Brand Grow

Elizabeth Elting: The woman who has braved all odds to break barriers