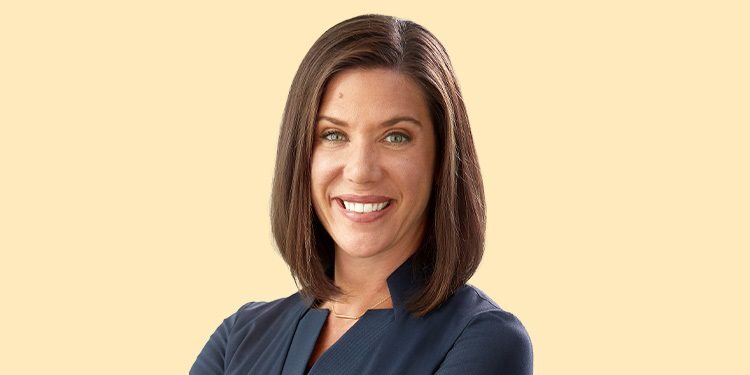 Women CEOs of the S&P 500 Companies

by The Editorial Team
in Leadership
Reading Time: 7 mins read

It is often said that the glass ceiling in corporate boardrooms is intact. However, some cracks are seen in recent times. While the number of women CEOs in the largest companies is still significantly lower compared to men, their ranks continue to grow. In fact, women are at the helm of a number of the world’s most recognized brands today. Perhaps, you may not have heard their names yet. They have proven to the business industry that they have what it takes to win as a driving force in their respective fields.

Mary Barra is Chair and Chief Executive Officer of General Motors. She was elected Chair of the GM Board of Directors on January 4, 2016, and has served as CEO of GM since January 15, 2014. Under her leadership, GM envisages a world with zero crashes, to save lives; zero emissions, so future generations can inherit a healthier planet; and zero congestion, so customers get back a precious commodity – time. Barra is focused on improving the customer experience and strengthening GM’s core vehicle and services business, while also working to lead the transformation of personal mobility through advanced technologies like connectivity, electrification, and autonomous driving.

Corie Barry is CEO of Best Buy Co. Inc., the leading provider of consumer technology products and services. The company has approximately 100,000 employees in North America and earns $47 billion in annual revenue. Under her leadership, Best Buy is driving toward being one of the best places to work in America, doubling the significant customer relationship events to 50 million and growing annual revenue to $50 billion by fiscal 2025. Prior to becoming CEO in June 2019, Corie served in several other executive positions, playing a critical role in developing and executing the company’s Building the New Blue growth strategy and related transformation.

Safra A. Catz has been the Chief Executive Officer of Oracle Corporation since 2014 and a member of the company’s board of directors since 2001. Prior to this, she served as President of Oracle and has also served as the company’s Chief Financial Officer. Earlier, Catz held various other positions since starting at Oracle in 1999. She currently serves as a director of The Walt Disney Company and previously served as a director of HSBC Holdings plc.

Jane Fraser is the Chief Executive Officer of Citi, the world’s most global bank, serving millions of consumers, businesses, and institutions across 160 countries and jurisdictions. She is the first female CEO in the firm’s history. Jane has deep experience across Citi’s consumer and institutional businesses and, in many ways, helped to shape Citi into the company it is today. Before becoming CEO in February 2021, she was President of Citi and CEO of the Global Consumer Bank, responsible for all of Citi’s consumer businesses, including retail banking and wealth management, credit cards, mortgage and operations, and technology in 19 markets. Previously, she served as the CEO of Citigroup Latin America from 2015 to 2019.

Adena Friedman became President and Chief Executive Officer of Nasdaq on January 1, 2017, and is a member of the Board of Directors. She is credited with significantly shaping Nasdaq’s transformation into a leading global exchange and technology solutions company with operations across six continents. Prior to being named CEO, Adena served as President and Chief Operating Officer throughout 2016 and was responsible for overseeing all of the company’s business segments with a focus on driving efficiency, product development, growth, and expansion. She re-joined Nasdaq in 2014, after serving as Chief Financial Officer and Managing Director of The Carlyle Group from March 2011 to June 2014.

Julie Sweet is Chair and Chief Executive Officer of Accenture. She became CEO in September 2019 and assumed the additional position of chair in September 2021. Previously, she served as Chief Executive Officer of Accenture’s business in North America, the company’s largest geographic market. Prior to that, she was Accenture’s general counsel, secretary, and chief compliance officer for five years. Before joining Accenture in 2010, Julie was a partner for 10 years in the law firm Cravath, Swaine & Moore LLP. Julie also serves on the World Economic Forum Board of Trustees and on the board of directors for the Business Roundtable, for which she chairs its Technology Committee.

Gail K. Boudreaux is President and CEO of Anthem, Inc., a Fortune 50 company and leading health benefits provider, serving more than 43 million insured members through its affiliated health plans. Anthem serves over 107 million lives through its broad portfolio of health insurance and services subsidiaries. Throughout her more than three decades in the healthcare industry, Boudreaux has established an outstanding record of successfully leading multi-billion-dollar businesses. As former CEO of United Healthcare, Boudreaux led the largest business division of UnitedHealth Group, where she had responsibility for approximately $120 Billion in revenue and managed more than 60,000 employees serving 45 million consumers.

Rosalind Brewer joined Walgreens Boots Alliance as Chief Executive Officer in March 2021 and is a Director on WBA’s Board. Brewer most recently served as Chief Operating Officer and Group President at Starbucks from October 2017 to January 2021. Prior to Starbucks, she served as President and Chief Executive Officer of Sam’s Club, a membership-only retail warehouse club and division of Walmart, Inc., from February 2012 to February 2017. Brewer previously held several executive leadership positions with Walmart beginning in 2006.

Michele Buck is the Chairman of the Board of Directors and President and Chief Executive Officer of The Hershey Company. Buck has held several senior leadership roles within the company. Most recently, she served as Chief Operating Officer, leading Hershey’s day-to-day North American operations and overseeing Hershey’s operations in Central and South America. Before joining Hershey in 2005, Buck served 17 years at Kraft/Nabisco in numerous senior positions and at the Frito-Lay division of PepsiCo.

Debra A. Cafaro is the Chairman of the Board and Chief Executive Officer of Ventas, Inc., a real estate investment trust that owns approximately 1,200 demographically driven healthcare, research and innovation, and senior living properties in North America and the United Kingdom and serves as a leading capital provider to premier care providers and research institutions. Cafaro set and oversaw the execution of a long-term strategy that drove Ventas’s market capitalization to $28 billion in 2019, from $200 million since her leadership began in 1999.

Meanwhile, there is good news for Black women executives. As of January 2022, they held at least a third of net new seats in the S&P 500 companies, continuing a torrid pace set last year as companies respond to calls for more equity of power in the boardrooms.

Women overall held 12 more seats in January 2022 on the boards of companies in the S&P 500 Index, compared with December, the biggest increase in two months, according to data compiled by Bloomberg. Morgan Stanley, Seagate Technology Holdings Plc, Mondelez International Inc., and Centene Corp. each added a Black woman to its board.

Female Genital Mutilation: World Needs to Wake Up to the Menace