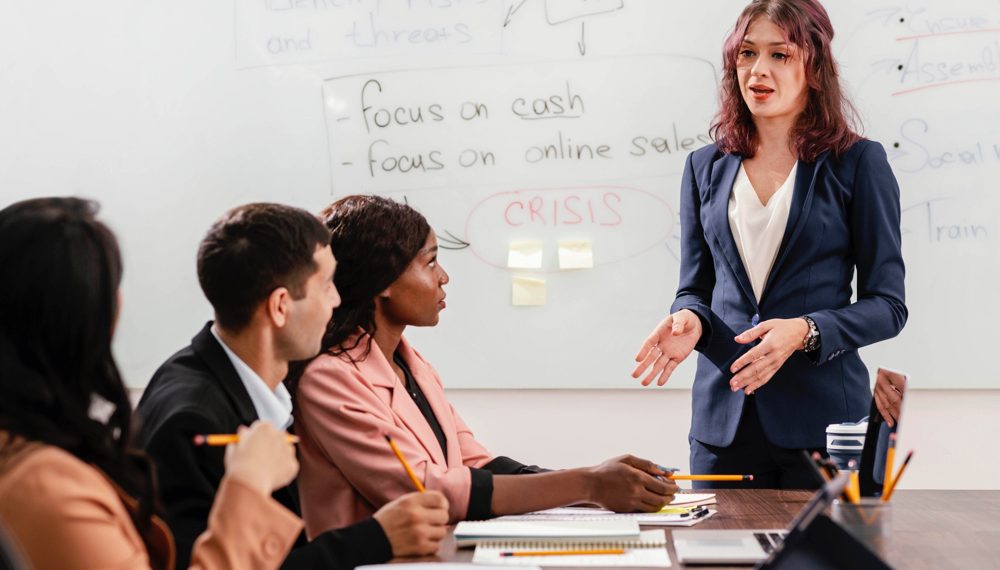 History has time and again shown that effectual organizational, team, and individual performance require strong leadership. Despite this, we single out women leaders instead of simply looking at leadership as a whole and any separate group. The reason behind this is simple. While leadership principles and theories still remain the same, the issues experienced by female leaders are specific. Actually, misogyny, uneven opportunities for growth, pay gaps, pressure, expectations of their family, and cultural norms, are among a few to name. These cause additional challenges for them.

Notwithstanding the above issues, women’s leadership has proved to be the key to the success of any organization. Studies have revealed that gender diversity in the workforce and leadership ushers in distinct outlooks to any business. This, in turn, enhances creativity and promotes innovation as well as the search for new methods of doing things.  Subsequently, it leads to better decision-making and, eventually, better overall success.

At the same time, it is interesting to note that many studies have shown that women have outperformed men on most leadership competencies both in times of crisis as well as in normal times. Hence, it only makes sense for businesses to invest in developing women leaders, their networks, and pipelines. In the same vein, they should also explore the systems, policies, and structures in place, so that they can do everything that is necessary to take advantage of such diversity in the workforce and make certain that women get their share of seats at the decision-making table.

There is no doubt that in spite of the successes and contributions of women to businesses and society in general, historically they have been experiencing greater barriers compared to men. In recent years, there have been some improvements in the situation, but women continue to face inequities like the gender pay gap, lack of support from mentors and career advancement. In addition, they also lack personal connections that are needed for career advancement, which most men have. According to a report by the United Nations, such disparities are omnipresent, highlighting the need for more changes.

A UN document says, “The data is clear. Despite women’s increased engagement in public decision-making roles, equality is far off: women hold about 21% of ministerial positions globally, only three countries have 50% or more women in parliament, and 22 countries are headed by a woman. At the current rate of progress, gender equality will not be reached among Heads of Government until 2150, another 130 years.”

What is shocking is that there is widespread violence against women in public life. Women leaders actually struggle with lack of access to finance, online hate, and violence, as well as biased norms and exclusionary policies that make it even harder for them to go up through the ranks. Still, women persist, and time and again prove that when they lead, they bring transform their entire communities and the world at large. This goes on to prove that wide-ranging and diverse feminist leadership is key to sustained global development as the world continues to challenge crucial challenges – from the Covid-19 pandemic to climate change.

03
of 03
Transformational change through learning

In order to bring in gender equity, the United Nations System Staff College (UNSSC) has explored means to contribute its part in supporting gender-balanced workplaces across the UN System.  Since 2015, the Leadership, Women and the UN (LWUN) program has been a backbone of the offerings of the Knowledge Centre for Leadership and Management. The focus is on advancing the transformational, principled, and inclusive leadership culture envisioned in the UN System Leadership Framework.

The LWUN program offers the participants a unique opportunity to discover diverse leadership approaches and their situational applications, dynamics of power, the gender and cultural dimensions of leadership, influence, and negotiation, as well as a more profound personal-professional consistency and self-awareness to develop a set of skills for transformative and charismatic leadership.

On completing the program, women leaders are prepared to caringly lead themselves through the challenges and opportunities for women in leadership roles, increase the impact of their work, and unlock their own and teams’ leadership potential as well as influence the leadership culture of their organizations. Throughout the program, networks are developed, relationships formed, friendships made, and a strong, as well as effervescent alumni community, stands at the ready to provide continued growth and support to these brilliant women leaders.

In order to overcome gender disparities, it would necessitate continued, extensive and rigorous efforts by everyone. By ensuring understanding of what gender in the workplace is, what equality means, and how these actually manifest in practice; learning can serve as an integral part of helping to close the gap. In fact, we will start witnessing real changes being at the workplace when there is awareness and women develop the skills to lead on all fronts.