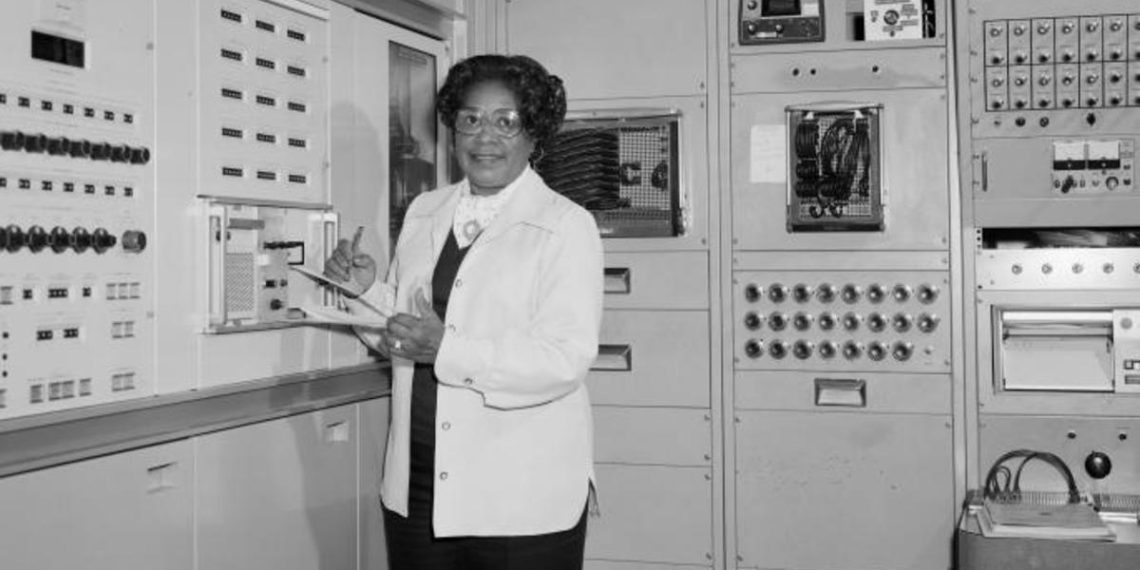 Women Who Brought Us the Moon

A little over 50 years ago, Neil Armstrong and Buzz Aldrin became the first men to walk on the moon. The momentous achievements of NASA’s Apollo 11 program and the men who risked their lives by flying to the moon are celebrated across the world. However, some remarkable women helped make the moon landing possible. Perhaps, many are not aware of these amazing women and their contributions.

Women comprised less than 5% of NASA’s workforce during the Apollo era. But they played critical roles in helping the astronauts get to the moon and return home safely. They had multiple roles in the mission’s success. The roles were – designing spacecraft, calculating flight trajectories, engineering software, helping with astronaut training, monitoring astronauts’ vital signs during spaceflight, and much more. They were the human computers of the Apollo 11 mission.

Poppy Northcutt was the only female engineer at NASA’s Houston Mission Control in 1955. She was among the thousands of women who began their careers at NASA as computers. NASA created this job much before the advent of electronic machines when human talent was necessary to accomplish all the mathematical calculations required for experiments. Women have historically filled such positions, as demonstrated by the groups of female computers who worked at the Harvard Observatory and the Royal Observatory Greenwich in the late 1800s.

However, when Sue Finley joined the Jet Propulsion Laboratory in Pasadena, CA, she noticed the ubiquitous presence of female employees. Her supervisor, a woman, and all her co-workers in the computing section were women. On the evening of January 31, 1958, the country was on the precipice of historic achievement. The laboratory would finally catch up with Sputnik 1 and 2, the world’s first satellites launched by the Soviet Union in October and November 1957. Barbara Paulson was in mission control that night, and she tracked America’s first satellite, Explorer 1, as it left Earth’s atmosphere and entered space. When Paulson announced that the satellite had made it into Earth’s orbit, the room erupted in celebration. NASA was established officially six months later, but the moon was already in the sights of people working at the Jet Propulsion Laboratory.

While Finley started adapting their designs and trajectories to launch robotic lunar missions, her team focused on sending the first camera to the moon as part of the Ranger series of tasks from 1961-to 1965. Next, they would send uncrewed spacecraft as part of the Surveyor, from 1966-to 1968, which gathered further data on temperature and surface substrate to aid Apollo planning. Finley was also a member of the team designing an array of giant radio antennas called the Deep Space Network, which would form a massive tracking and communications system.

In the 1960s, women at the Jet Propulsion Laboratory were highly trained mathematicians, and many had advanced degrees. Helen Ling, born in China and experienced a tumultuous childhood formed under the pressures of WWII, came to the United States for college. She earned her master’s degree in mathematics before joining the computing section in a managerial role for over three decades. Janez Lawson was the first African-American hired in a technical position at the laboratory. Though she had a bachelor’s degree in chemical engineering from UCLA and would be employed today as an engineer, in the 1950s, her gender and race impeded her employment, and she was hired as a computer.

The largest group of African-American computers in the United States was based at the Langley Memorial Aeronautic Laboratory in Hampton, Virginia. Employees of different racial backgrounds worked beside one another at many NASA centers, but employees working in the Jim Crow South remained segregated. African-American women were grouped in a section labeled the “West Area Computers.” This separation meant that they were paid far less than their white counterparts, but all working quarters, lunch areas, and bathrooms were segregated by race.

In 1962, when President John F. Kennedy said, “We choose to go to the moon in this decade and do other things, not because they are easy, but because they are hard,” he spoke to the heart of NASA operations across this decade the country. At the Cleveland Flight Propulsion Laboratory in Ohio, the group of female computers focused on developing rockets powerful enough to break the chains of gravity and function in the vacuum of space. Chief among the female programmers at the laboratory in Ohio was Annie Easley, an African-American woman with a bachelor’s degree in mathematics from Cleveland State University.

The advent of electronic computers

However, by the mid-1960s, the world of human computers was in a vast state of upheaval, both in the development of electronic computers at IBM and in the shifting perceptions instigated by the women’s movement in the United States. As part of this social and technological revolution, female computers such as Easley were no longer calculating by hand. Still, they were now responsible for writing the space agency’s earliest computer programs. Easley was programming the Centaur rocket engines, whose technology would be incorporated into the upper stage rocketry to form a critical component for Apollo.

For the women of NASA, their work was, in many ways, just beginning. The decades that followed would be filled with new explorations as they returned spacecraft to the moon and the edges of our solar system. For some pioneering female engineers, new missions still lie ahead.