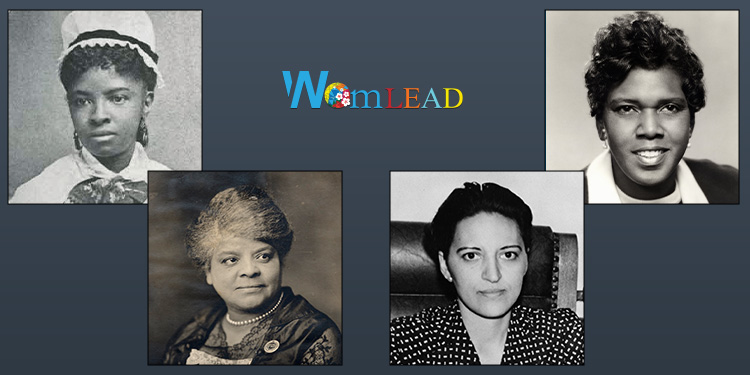 For centuries Black people have influenced the global culture in countless ways, and Black History Month is a wonderful way of celebrating and rejoicing their contributions. It is also an opportunity to thank the important Black Americans who gave us hope and life lessons. These Black Americans endured systemic racism, prejudice, and oppression to give a new life to their successors. The sacrifices of Black women are possibly greater and deserve more recognition. They not only overcame the misogynistic world but these icons also the patriarchal society to lay the institution of Black life and culture.

When you talk about Black women role models, it is likely that you would speak of Michelle Obama, Beyoncé, or Serena Williams. However, these present-day Black women are a long way from the first prominent Black women in history who changed the course of the United States’ history forever. The pioneering work of the influential Black women dates back to centuries, and on the occasion of Black History Month, it is important to bear in mind these women and how they changed the society we live in today. Here we would talk about four Black women who transformed American history.

Challenging all odds, Rebecca Lee Crumpler became the first Black woman physician just two years after President Abraham Lincoln issued the Emancipation Proclamation. Soon after the end of the Civil War, Dr. Crumpler rushed to Richmond, VA, with the aim of providing healthcare to formerly enslaved men and women. Despite facing discrimination from her colleagues, she was focused on helping women and children. Later, Dr. Crumpler returned to Boston to treat people who were unable to pay her fees. Considering her services, Ralph Northman, the Governor of Virginia, declared March 30 as Dr. Rebecca Lee Crumpler Day.

All Black women have been victims of racism and stipulations. Even those with disabilities were no exception. Ida Grey Hamptom, the first Black Deaf woman graduate, had to experience such banishment. Although the Gallaudet University, the only college for Deaf and Hard of Hearing students, was founded in 1864, its doors were closed for Black students until 1950. Nearly 100 years after its foundation, Ida Grey Hampton became the first Black deaf woman to graduate from the university in 1957.

After Hampton obtained her Bachelor’s degree in Education, she left for Florida and joined the Florida School for Deaf and Blind. Later, she obtained her Master’s degree in Special Education and also served at the Multi-Handicapped Department of the University of Florida from where she retired in 1989. In fact, the history of Black people has often been written through Black experience, nevertheless, the contributions of the Black deaf men and women to their culture are equally imperative and transformative.

Jane Bolin is the first Black woman to graduate from Yale Law School and her name is synonymic with the pioneers in the legal arena. After graduation, Bolin joined the New York City Bar Association and later the NYC Law Department. In 1939, she became a judge in the United States and assumed office in the New York City Domestic Relations Court. She continued in the profession for 40 years.

As the legal advisor to the National Council of Negro Women, Bolin focused on the rights of children and women and often talked about her personal experiences as a member of the minority community in the United States all through her higher education and profession. Nevertheless, Bolin was fortunate to witness the pace of change during her lifetime as she was successful in realizing all that were impossible for Black women in those times.

Barbara Jordan was a versatile Black woman who donned the role of a lawyer, a politician, and a professor. She was a candid advocate for equality for her society. When she was a budding lawyer in Texas, Jordan worked for the Democratic presidential nominee John F. Kennedy and his running mate Lydon B. Johnson. Her days as a volunteer for the Democrats inspired Jordan to join politics and following two successive futile campaigns; 1966, Jordan was successful in securing a seat in the Texas Senate.

In 1972, Jordan was among the two Black Americans who were elected to the U.S. House of Representatives. Four years later, in 1976, she became the first African-American woman to deliver the keynote address at the Democratic National Convention. After retiring from politics, Jordan became a professor and continued teaching even after being diagnosed with multiple sclerosis. All the while, she used a wheelchair. For about 20 years, Jordan lived with her companion Nancy Earl.

The story of these four icons is just among the numerous luminous Black women who have successfully created history and still continue to make history. In fact, there are many other names and stories we are still not aware of. These Black women may not have made news for lofty deeds, but they are trailblazers of the creativity, heart, brilliance, and willpower that define Black womanhood.