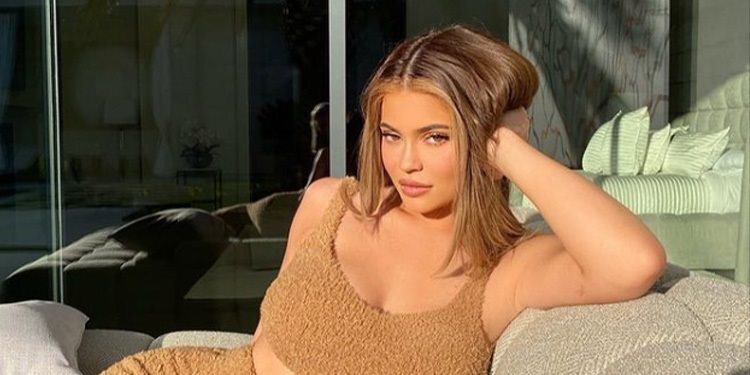 Since its launch, Instagram has proven to be a helpful marketing tool. In the growing age of social media, be it an ordinary man or a business tycoon, every person makes sure to be present on the platform to expand their visibility and showcase their growth over the years. Women across the world and these 8 most followed businesswomen are scripting history. Women are leading everywhere, whether in the corporate world, entertainment world, or in popularity on these social media apps.

Kylie Jenner is a 24-year-old American media personality, model, socialite, and businesswoman. She had inherited the business gene from her family. At the tender age of 14, when most teens struggle with societal drama, Kylie collaborated with PacSun and created a line of clothing, “Kendall & Kylie,” along with her sister. She started her cosmetic line named “Kylie Cosmetics” in 2015. In 2019, Forbes reported Jenner’s net worth was estimated at US$1 billion, making her the world’s youngest self-made billionaire as of March 2019.

Kim Kardashian is a 41-year-old American actress, socialite, businesswoman, and model. In June 2017, she launched her beauty line, KKW Beauty, followed by her fragrance line, KKW Fragrance, and a new range of shapewear called Skims. Since then, she has focused on developing her business and conquering the industry with her presence on social media.

Beyoncé is a 40-year-old American singer, songwriter, actress, and entrepreneur. She introduced a ready-to-wear fashion line with her mother called ‘House of Deréon’ in 2005. Beyoncé also launched a family company called Beyond Productions. She founded her own entertainment company Parkwood Entertainment in 2010. Beyonce became the co-owner of the music streaming service Tidal in 2015. Beyonce has also bought other companies and small ventures. Overall, Beyonce has proven to be an exceptional business leader, apart from her music career.

Rihanna is a 33-year-old Barbadian singer, actress, fashion designer, and businesswoman. The singing sensation founded her makeup and skincare brand, Fenty Beauty, in 2017, followed by her lingerie line, Savage X Fenty, in 2018. In August 2021, Forbes reported that lingerie brand Savage X Fenty was valued at US$1 billion, while Fenty Beauty is worth 2.8 billion dollars, making Rihanna a billionaire.

Reese Witherspoon is a 45-year-old American producer, actress, and entrepreneur. She owns the Type A Films production company, which was transformed into Pacific Standard following a merger. Witherspoon launched an American retail brand focusing on fashion and home décor steeped in Southern charm and named it Draper James. Later, Reese Witherspoon became the chief storyteller for Elizabeth Arden, Inc., helping with the company’s an advertising and marketing campaigns.

Jessica Alba is a 40-year-old American actress and businesswoman. She co-founded The Honest Company in 2012, which sells baby, personal, and household products. As of 2014, the company was valued at 1 billion dollars.

Tony Burch is a 55-year-old American fashion designer, philanthropist, and businesswoman. She founded Tony Burch LLC, a high-end fashion label-based company in 2004 that has 300 stores worldwide. In 2020, Forbes ranked her 88th among the most powerful women globally.

Iris Apfel is a 100-year-old businesswoman, fashion icon, and interior designer. In 1950, she and her husband Carl Apfel launched the Old-World Weavers textile firm. Her career was long and fulfilled; she retired in 1992. She is one of the renowned personalities who took part in design restoration projects, including the White House for nine presidents: Truman, Eisenhower, Kennedy, Johnson, Nixon, Ford, Carter, Reagan, and Clinton. The White House contract was the most accessible client of Old-World Weavers as they wanted to reproduce earlier designs. She is setting the right example that age is just a number. It cannot hinder you from achieving and accomplishing your goals

Looking at these influential personalities, one can just say: start your venture today. There is no better day than today. Building empires takes time but starting one needs courage. As long as one keeps thinking about their age or background and where they come from, they forget they have every opportunity at their disposal only if they go out of their shells and dream to start their business today. It just starts with an idea, a passion, or a need to find a solution.

Marie Forleo said, “The Key to success is to start before you are ready.” So, to see yourself on this list, be the doer, not the dreamer. There are various things you can learn from these highly influential and powerful women influencers.

Natalie Ruiz Journey from Temporary Employee to CEO of AnswerConnect

Women CEOs of the S&P 500 Companies