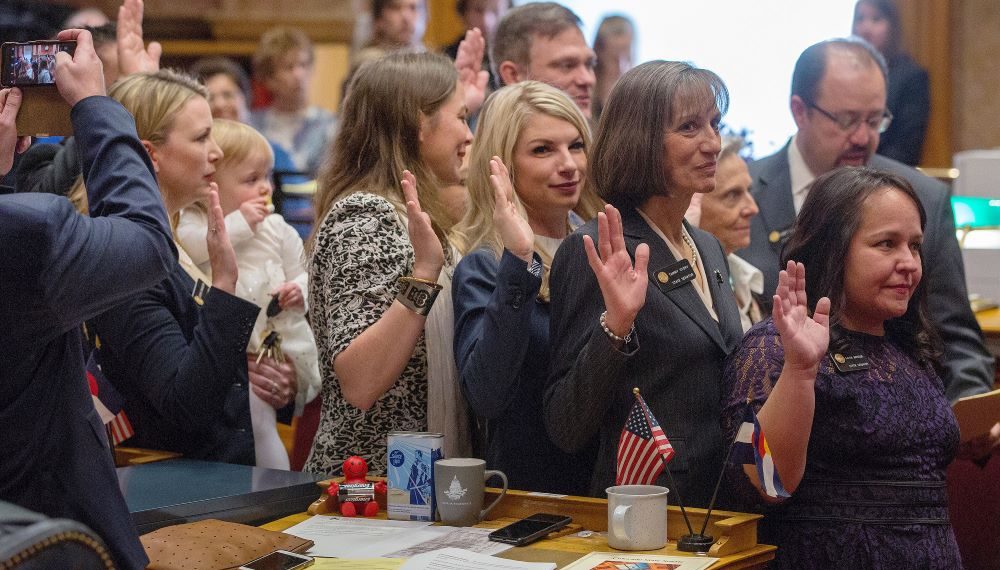 Now, Colorado is the Second US State to Have a Women Majority in the Legislature

As a result of the midterm election, women will now hold 51 out of the 100 state legislature seats in Colorado, making it the second state in the union with a women majority in the legislature.

Colorado joins Nevada in having its entire legislative branch dominated by women. Previously, Colorado was one of a select few states with a majority of women in both the state House of Representatives and Senate.

Additionally, Julie McCluskie, the speaker of the House, Monica Duran, the majority leader, and Jennifer Bacon, the deputy majority leader, will be the first women to hold the top three leadership posts in State’s history.

The Center for American Women and Politics (CAWP) observed that while the new representation of women in Colorado is noteworthy, it is not a considerable improvement. That is because Colorado already had a high degree of female representation and a high CAWP ranking as a result of that.

This positive change is attributed to the long-term efforts made in Colorado to create a support system for women running for elected offices. Organizations like the White House Project and Emerge, as well as elected women officials, have all made it a point to act as a pipeline for future legislators. Women have also significantly influenced the Colorado legislature‘s stances on various issues. Their viewpoints and real-life experiences are being considered in discussions of policy in the state.

Data indicates that when women are elected, policy consequences include more robust paid family leave laws and guaranteed paid sick days, despite the fact that there are barriers for women nationwide, particularly for women of color and those with young children.

This viewpoint was shared by Sondra Cosgrove, who is the executive director of Vote Nevada and a history professor at the College of Southern Nevada. Sondra Cosgrove has been researching the effects of having a majority-female legislature in her own state.

Instead of having a particular “women’s laws,” having a female majority has been more crucial for ensuring that a female perspective is incorporated in the writing and passing of every bill.

However, there is still work to be done to ensure diversity. There was only one Asian-American woman legislator in Nevada in 2019, the year it became the first state with a majority-female legislature. Since then, more Asian American people have been elected to the state legislature, though racial and ethnic diversity was extremely low at that time.

Political activists in almost all the US states have been advocating to create of a support system that may always equally benefit all women regardless of their class, color, party affiliation, or philosophy. It remains to be seen whether more US states would follow suit and allow women to take the wheel.