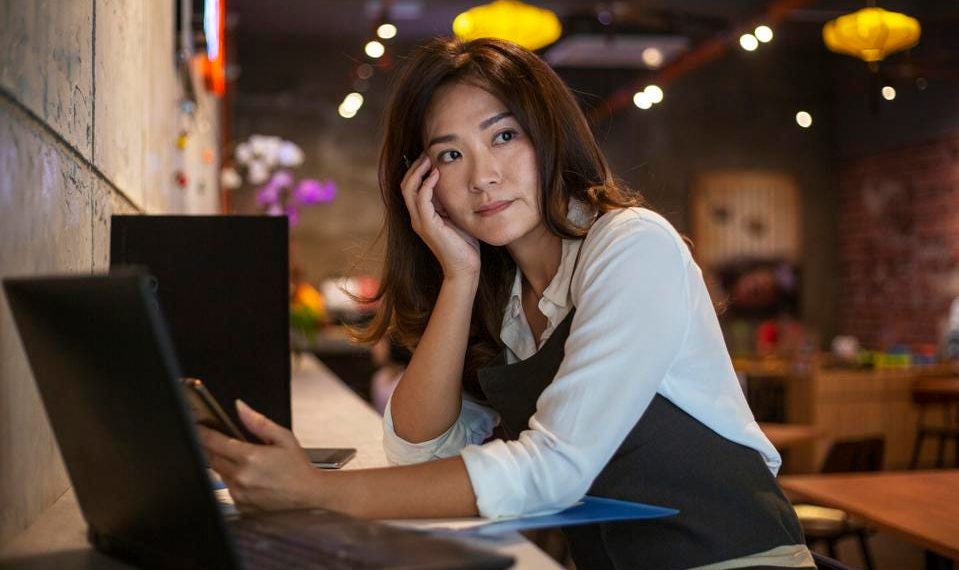 Asian American Women Fall Off by 80% at Corporate Leadership Levels, A New Report

The picture may seem fair for Asian American women, but a recent McKinsey report reveals that the racial group still struggles to advance in the workplace. A new analysis released by the management consulting company McKinsey found that while Asian Americans are heavily represented in corporate jobs, their presence drops significantly at the board of director level, with Asian American women experiencing a particularly severe drop, at 80%.

“It’s not the responsibility of Asian women to fix all of the issues that affect them,” said Michael Chui, a partner at McKinsey who co-authored the study. “It is the responsibility of all of us. And to the extent to which there are more men, we who are men need to help address this problem.”

The racial group, particularly those who are immigrants, is overrepresented in low-paying occupations, including manicurists and cooks. But it is also overrepresented in high-paying professions like the tech industry, with the simultaneous demographics contributing to the highest income inequality among races in the US.

The report pointed out further inequalities among the 8.8 million Asian-Americans in the workforce. Even though they start off overrepresented by more than two times compared to their share of the population at the entry-level, Asian-American representation drops off by more than half overall at the board of director level. And among the Fortune 500 companies, 22 are led by Asian-Americans.

Asian American women meet uniquely strong resistance to advancement by being “penalized” for being both people of color and women. According to the research, the share of promotions for Asian women is 1 for every 2 Asian men at the senior manager level, dropping to 1 for every 6 Asian men at the C-suite executive level.

Margaret Chin, a sociologist and the author of “Stuck: Why Asian Americans Don’t Reach the Top of the Corporate Ladder,” said that in addition to contending with general sexist stereotypes in the workplace, Asian women are often hypersexualized and further typecast as hyperfeminine, acquiescent and compliant, keeping them from being in contention for leadership roles.

“For Asian-American women, it’s impossible to be right,” Chin said. “You have a whole group of people who may put you up for leadership, but somebody might have some of these types of images of you.”

The “motherhood penalty compounds such ideas,” Chin said, which merges with stereotypes around Asian parenting to keep women back. Some Asian-American women she has spoken to have reported that the “tiger mom” stereotype, which assumes Asian women are strict, demanding, and unfeeling caregivers, can harm their advancement in the workplace. Chin said that many are seen as overly preoccupied with parenting rather than work.

“They’re focused on making sure their kids are competitive and the best,” Chin said. “Not only that, but they’re harsh on their kids, too. And with these other stereotypes, you don’t want somebody harsh to be your boss. … It just works against Asian-American women.”

Another major issue that affects Asian-American women, and the racial group more generally, is the failure to be properly networked in organizations, Chin said. Networking isn’t necessarily emphasized in Asian-American families, even though it’s a significant aspect of business in their home countries, like China. Part of that is due to immigrant families’ belief in the “American Dream” and the idea of meritocracy that’s central to it, Chin said.

“The way they’re brought up is that they’re American. And part of the American story is to pull yourself up by your own bootstraps,” Chin said. “But you can’t really do that, because what that story leaves out is that a lot of people have been here for generations. Their parents may be lawyers, corporate executives, or they know people, and they get information from them.”

Chin added, “For the Asian Americans who don’t have access to that information, they don’t know. They just know the ‘American Dream’ story.”

With Asian-American women so scarcely found in leadership roles or effective networking circles, it is even less likely for such information to be passed down among them, said Nadia Kim, a professor of sociology and Asian and Asian-American studies at Loyola Marymount University.

Those who do rise in the workplace, Kim said, end up feeling “grateful” because of the underrepresentation around them, and others may feel unworthy to discuss or challenge their superiors about the possibility of discrimination when they haven’t ascended.

“If Asian-Americans and, in particular, women are not seeing themselves represented in upper management, how confident are they going to be about their own abilities?” said Kim, who emphasized that it’s also critical to discuss Asian-American underrepresentation in leadership, from social justice to schools. “How much are they going to speak back when they’re not gradually promoted stepwise?”

The report found that companies are doing little to remedy such disparities, in part because diversity, equity, and inclusion programs often don’t include Asian-Americans “due to the myth that they are already well-represented in senior roles.” When data about Asian-Americans is collected, it’s often not sufficiently disaggregated, and the variation in circumstances within the racial group — across ethnic groups, education levels, and gender — isn’t reflected, Chui said.

“If you paint the Asian American experience with one broad brush if you treat this group as a monolith and you don’t look at the entire distribution, you won’t be able to actually help the people who need it,” he said.

Chui emphasized that in addition to getting better data to identify disparities, another solution is for others in leadership roles to more proactively take on the responsibility of “sponsoring” Asian-Americans in the workplace by creating more opportunities for them.

Dawn Airhart Witte: Being Beyond Sustainable