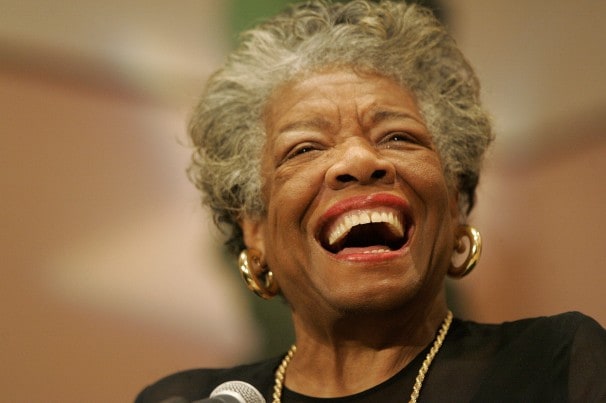 At a time when the world is witnessing serious processions and protests over the agonizing death of a black American called George Floyd at the hands of the police in Minneapolis, US, on May 25, it becomes all the more important to find words that can heal people’s wounds. Racist injuries are more damaging than those done physically. It leaves permanent scars in the mind and soul of those who are at the receiving end and those scars require humane touches to heal.

To speak about human touches, there are personalities who have been immortalized by history and even after years since their departure, their words still have a golden effect. Those individuals have turned their life experiences marked by sorrow into philosophies that help people who look up to them as role models to get inspiration from. One such soul is Maya Angelou.

A civil rights activist who was also known for her other faculties, Angelou saw her parents getting separated at three and was sexually abused by her mother’s boyfriend when she was only eight. The culprit was jailed briefly and after he came out, he was murdered by her kin. Angelou was so dumbstruck by the experience that she turned mute for many years in her childhood, saying: “I thought, my voice killed him; I killed that man, because I told his name. And then I thought I would never speak again, because my voice would kill anyone.”

Angelou started speaking again and she credits one of her teachers and family friend Bertha Flowers for helping her. Flowers introduced her to the work of some of the famous literary names like Charles Dickens and William Shakespeare and also to black artistes like Frances Harper, Jessie Fauset and others. They had a lasting impact on Angelou’s personality. That Angelou herself would also become a renowned literary figure in the days to come was made evident by her words: “There is no greater agony than bearing an untold story inside you.”

Born to a navy dietician and nurse as Marguerite Annie Johnson in St Louis, Missouri, in April 1928, Angelou and her brother were sent by their father to her paternal grandmother who was a wise investor who thrived financially even when the economy was down in the times of the Great Depression. During her days of silence, Angelou developed an extraordinary memory, love for books and literature and a good listener and observer of things around her. Her foundations to become a noble figure were laid in those years.

In 1940, as she moved with her mother and brother to San Francisco, Angelou started learning dance. But at the age of 16, she moved to San Diego where she worked as a nightclub waitress and even danced in a strip club. It was this stint that saw her getting discovered by a theater group. Later, she auditioned for an international tour of ‘Porgy and Bess’ and bagged a role. She travelled to as many as 22 countries in 1954 and 1955. In 1959, Angelou moved to New York where she got involved with the civil rights movement. Over the next few years, she spent time in African countries like Egypt and Ghana where she worked in the media and witnessed African cultural renaissance very closely.

After returning to the US, Angelou started publishing her autobiography, beginning with ‘I Know Why the Caged Bird Sings’. Over the next two decades, four more volumes came besides several books of poems. In 1981, she became a professor of American Studies at Wake Forest University in Winston-Salem, North Carolina. She was nominated for several big awards and read her poem “On the Pulse of Morning”  for the occasion of the inauguration of Bill Clinton as the president in 1993. She died in Winston-Salem in May 2014 at the age of 86.

Clinton said after Angelou’s death that she was a “national treasure” and he and former US secretary of state Hillary Clinton had lost a “beloved friend”. Another former president Barack Obama, during whose stint Angelou died, called her “a brilliant writer, a fierce friend and a truly phenomenal woman”. In 2011, Obama honored her with the prestigious Presidential Medal of Freedom, the highest civilian award in the country. Obama said then while Angelou wore many hats at one time — author, poet, playwright, actress, director and composer – he said “most of all, she was a storyteller – and her greatest stories were true”.

While today’s US is witnessing some heart-breaking protests over the death of an African-American and political polarization is only getting tense over it every single day, it is not to be forgotten that the same nation has witnessed some of the most incredible ‘rags to riches’ stories and they include the one of Angelou. She was not just a literary figure whose works were translated into several languages. Angelou showed to the world that the power of language could change the world into a better place.

Angelou’s life and works have inspired those who fight against oppression of all kinds — racial, gender, religious, sexual or anything. In January 2014, months before Angelou breathed her last, transgender activist Janet Mock said the iconic figure inspired her to pen a memoir, as she helped found “this whole canon of women-of-color writers who’ve written in first-person. But I’ve never seen a trans woman of color received in that same canon”.

The legacy of Maya Angelou:

Angelou’s biggest impact lied in her autobiographical friction. The blend of her memoir, autobiography and fiction created powerful stories that left a strong impact in the minds of readers globally. When her ‘I Know Why the Caged Birds Sing’ was released in the late 1960s, she was seen as a new kind of memoirist who brought in new aspects like critique, one of the first African-American women who had the courage to publicly discuss their personal lives.

It was not easy for black women writers to overcome the obstacles and present themselves as central characters in the literature they penned but Angelou went on to breach the stereotyping. The woman was never afraid to express her mind and passionately defended the rights of women, young people and those who are ignored. She smoothly traversed the worlds of literature and activism and became an integral part of the civil rights movement.

“I’ve seen many things, I’ve learnt many things,” Angelou told the Associated Press in 2013. “I’ve certainly been exposed to many things and I’ve learnt something: I owe it to you to tell you.” The first colored streetcar conductor in San Francisco, Angelou mentored new-age colored celebrities like Oprah Winfrey and Alicia Keys and was called a “phenomenal woman of insight, eloquence and artistry who gave voice to the rawness and loftiness of our history and our humanity” by House Speaker Nancy Pelosi.

The Importance of an “Internal Customer Service” Department