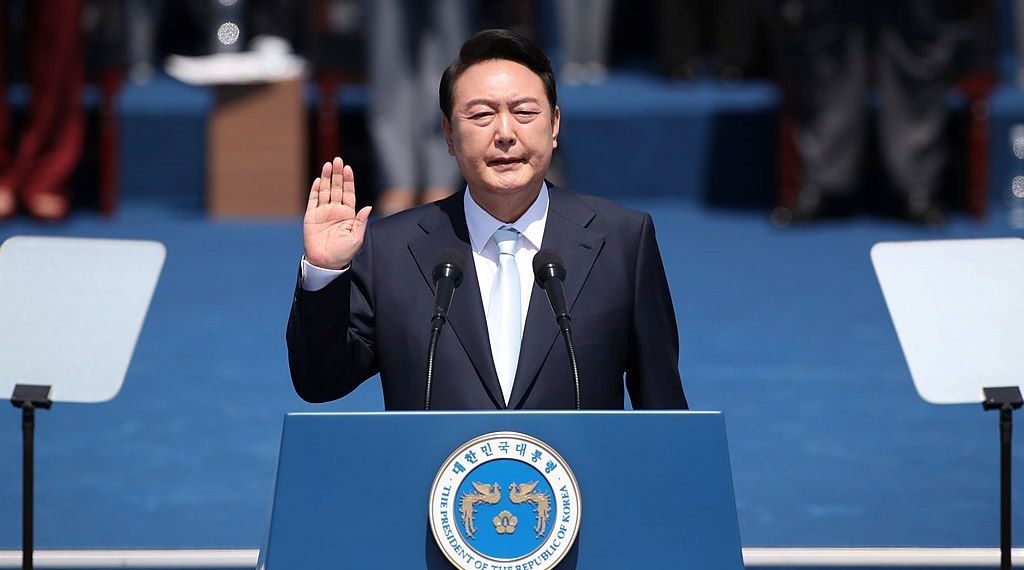 South Korean President, Yoon Suk-Yeol, has again defended his government’s plan to abolish the gender equality ministry in the Country and insisted the scrapping will protect women and lead to an improvement in women’s rights.

Yoon, a hardened conservative from the People Power party who took the President’s office in May 2022, has witnessed fierce opposition to his move. His decision will have to be approved by the members of the national assembly, where his liberal opposition, the Democratic party, holds a majority.

Yoon has time and again accused the Ministry of Gender Equality of treating men as “potential sex criminals”. He promised to introduce strict and tougher penalties for false and bogus claims of sexual assault – a step that rights activists and campaigners is going to deter even more women from coming forward to report the abuse.

On Friday, President Yoon attempted to dismiss the fears that by abolishing the ministry, the cause of women’s rights in South Korea would receive a setback as the Country already struggles to address its poor record on gender equality.

“Abolishing the Gender Equality Ministry will strengthen the protection of women, families, and children, including the socially weak,” Yoon told the Yonhap news agency.

Yoon defeated his liberal opponent from the Democratic party, Lee Jae-Myung, with strong support from the young anti-feminist men who held this belief that their grievances and troubles were being ignored due to a momentum generated by the MeToo movement and renewed focus on gender issues.

While there have no doubt been some improvements in women’s rights in South Korea, including the decriminalization of abortion in 2021 and better enrolment rates of women in higher education, South Korea has recorded the highest wage gap among genders in all the OECD countries, where on average, women are paid a third less than their male counterparts.

Women are poorly represented in corporate boardrooms and the national assembly. The Country has also failed to address and take any action against the rising epidemic of spy cam crime, which is known as Molka in the Country.

The global gender gap report of World Economic Forum, 2022 ranks South Korea at 99th out of 146 countries according to an index that examines the parameters such as jobs, education, health, and political representation of women and LGBTQ.

In September this year, the Country’s government had to deal with a unique outcry as there were calls to strengthen and accentuate the punishments for stalkers following a gruesome incident where a young woman was murdered at her workplace by a male ex-colleague after having stalked her for three years.

Lee Sang-min from the interior and safety minister said the government policies in South Korea must aim to give equal rights to both men and women, and last week he criticized the government’s current focus on inequality experienced by women.

Lee voiced the concern that the gender ministry’s duties might be shifted to the health and employment ministries and added that the government is planning to establish a new agency/ministry that would be in charge of population, family, and gender equality issues. Various MPs from the Democratic party have said the abolition of the ministry would undermine the Country’s commitment to gender equality.

A joint statement issued by the MPs said that it is obvious that government “programs related to family, youth, gender equality that until now the gender ministry was in charge of will surely be reduced.” “It is time to strengthen and improve the gender ministry’s role and function — not weaken it,” the statement read further.

The Korea Times has ventured as far as to accuse Yoon and his People Power party of “taking undue advantage of the gender divide in the Country in service of political gains. It is pertinent to mention here President Yoon is attempting to come true his campaign promise to scrap the ministry.

Imploring Yoon to reconsider his “ill-conceived project”, the newspaper warned that the move would surely “do more harm than good” and “blatantly goes against the current global trend of advocating women’s empowerment”.

How to Bridge the Confidence Gap at Work