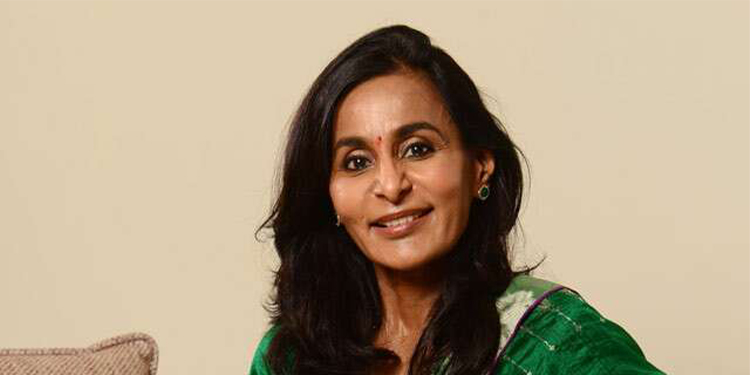 Suneeta is the managing director of Apollo Hospitals, arguably the foremost and trusted healthcare provider in Asia.

There is no disagreement over the fact that women are capable of achieving anything that they really want to. At the same time, it is important to note that their success is central to the progress of mankind in particular, and the world in general. Women possess the power and ability to transform systems as well as inspire and motivate generations. Suneeta Reddy is a perfect example of what women with vision and strong conviction can achieve.

Suneeta is the managing director of Apollo Hospitals, arguably the foremost and trusted healthcare provider in Asia. She is a member of the family that founded Apollo Hospitals in 1989. Her hard work and passion have not only helped Apollo Hospital to build a robust presence across the healthcare spectrum, but also touched the livers of more than 200 million people in more than 140 countries. As the head of the group’s finance and strategy operations, she was instrumental in bringing the first FDI into healthcare in India.

Since her childhood days, Suneeta used to watch her father Prathap C. Reddy, work at the hospital and it is believed that this helped her to develop an interest in healthcare. Suneeta and her three sisters, Preetha Reddy, Sangita Reddy, and Shobana Kamineni, all serve at the Apollo Hospitals founded by their father in the year 1983.

Suneeta graduated with a Bachelor of Arts degree in Public Relations, Economics, and Marketing from Stella Maris College in Chennai. Subsequently, she earned a Diploma in Financial Management from the Institute of Financial Management and Research, Chennai, and has been a part of the Owner/President Management Program at Harvard Business School (HBS), Boston, USA.

Suneeta is a Director of the Board of Chennai International Centre (CIC), and an Honorary Member of the Executive Council of Sai University. She is a patron of the International Chamber of Commerce, India, and also a member of the Ph.D. Chamber of Commerce and Industry. Earlier, she has been the Chair of the CII Healthcare Council for several years and was also the Chairperson of CII Asia Health Summit 2021, and a member of its National Council and Family Business Council.

Suneeta is a member of CNBC International’s Global Sustainability Forum, one of only two members from India. She is also a member of the Harvard Business School India Advisory Board (IAB) and the Harvard Medical School Advisory Board. In recognition of Apollo Hospitals delivering outstanding medical care during the Covid-19 outbreak, she was awarded the Economic Times Businesswoman of the Year award in 2021.

Suneeta serves as a true feminist icon of the 21st century. She has often been quoted speaking about the importance of gender parity, “gender parity brings clear economic dividends.” She has been ranked 4th in The Fortune India Most Powerful Women 2020 list.

An avid fitness enthusiast, Suneeta is mindful about healthy living and following a balanced diet. A compassionate and caring individual, she has provided financial aid to innumerable underprivileged patients, especially to children ailing with thalassemia.