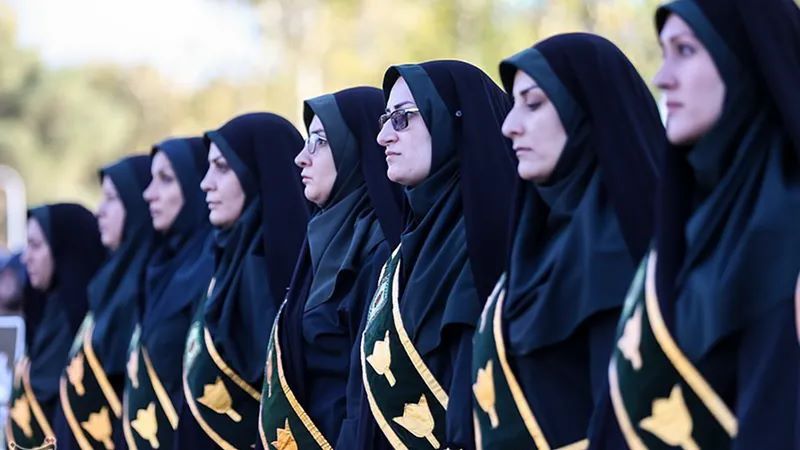 On Monday, the United Kingdom sanctioned the senior security officials of Iran’s so-called “Morality Police” over the detention and use of violence to control women in Iran, and how they behave in public. The experts say that it is time for the United States to initiate action against the current behavior exhibited by the Iranian administration.

Anti-government protests in Iran began on September 17 at the funeral of Mahsa Amini, 22, in her Kurdish town of Saqez. Thus far, these protests have turned into a big challenge to Iran’s clerical leaders, with protesters calling to end the regime of Iran’s Supreme Leader, Ayatollah Ali Khamenei.

Mahsa died in police custody, sparking protests all across Iran and the world. Citing her death and the ensuing protests as reasons, Britain sanctioned the morality police in all its forms, including its leadership Mohammed Rostami Cheshmeh Gachi, and the Head of the Morality Police’s Tehran Division, Haj Ahmed Mirzaei.

“These sanctions send a message to the Iranian authorities that we will hold them to account for their repression of women and for the shocking violence that they have inflicted on their people,” Foreign Secretary James Cleverly said in a statement.

The sanctions were designed to encourage the Islamic Republic of Iran to comply with human rights law and respect international human rights. The sanctions would ensure that those individuals who were named under them cannot travel to Britain. Last week, the foreign ministry of Britain summoned the Iranian charge d’affaires, the country’s most senior diplomat in Britain, to discuss the crackdown on the protestors.

Protests ignited by the death of Mahsa continue to shake Iran in defiance of the crackdown imposed by the authorities. Human rights groups claim that at least 185 people, some of them children, have been killed during the ongoing demonstrations.

Amini’s death has put Iran’s systematic misogynistic behavior under the limelight and raised the question of accountability and impunity it grants to the clerical elite. The country has granted the morality police the status of a law and enforcement agency and given it the power to detain anyone on the grounds of immodest behavior. The morality police have recently introduced “re-education centers” where both men and women are sensitized to the hardcore manifestation of Islam.

These “re-education centers” are detention facilities where women (often men as well) are detained for failing to comply with the modesty rules. Inside the centers, detained people are forced to sit in classes where they are given lessons in Islam and taught the importance of the Hijab (headscarf or veil). Before they are allowed to leave, they must sign a pledge that they will abide by the clothing regulations of the country.

The first of these facilities sprang up in 2019, and without having any basis in any manner of human law, the morality police have arbitrarily detained numerous women since then for not complying with Iran’s forced Hijab. The women are treated like criminals and forced to wear the Hijab and comply with the standards of Islamic morality.

Surprisingly, Iran did not always dictate to its women how to dress. It happened when the current Islamic Republic came along. In 1936, the country’s pro-Western ruler banned the Burkha and Hijab (veils and headscarves) to modernize the country. Then, when the Islamic regime overthrew the Pahlavi dynasty, the Hijab was made compulsory in 1979. In 1983, it was written into law. The morality police were tasked to ensure that the Hijab rules were followed.

Over the years, a number of anti-hijab movements have been witnessed in Iran, often leading to countless arrests and waves of persecution. One of the recent examples is the ‘Girls of Revolution Street’ protest in 2017. This year, the country also witnessed a brief protest on social media on National Hijab and Chastity Day, which is observed in the country every year on July 12 to promote veiling.

In 2018, a survey conducted by a government research center revealed a sharp decline in the number of people supporting the regime’s forced Hijab. Moreover, a report published by the Iranian Students’ News Agency said, “there was a 15% rise in people who believed that Burkha or Hijab should not be compulsory.”

Experts say that Iran is nearing a tipping point as the regime faces mounting discontent due to a crippled economy and increasingly high inflation caused by US sanctions. While experts predict that the regime may feel vulnerable due to the current protests, many question whether the movement will sustain itself in the face of a state crackdown. There is no doubt that many young Iranian women have evolved to sustain the oppressive system, but the average citizen is fed up.

How to Change Your Mindset to Succeed in Life

BNY Mellon, the Oldest US Bank Will Hold Crypto Now

Communicating with the 4 Personality Types in the Workplace