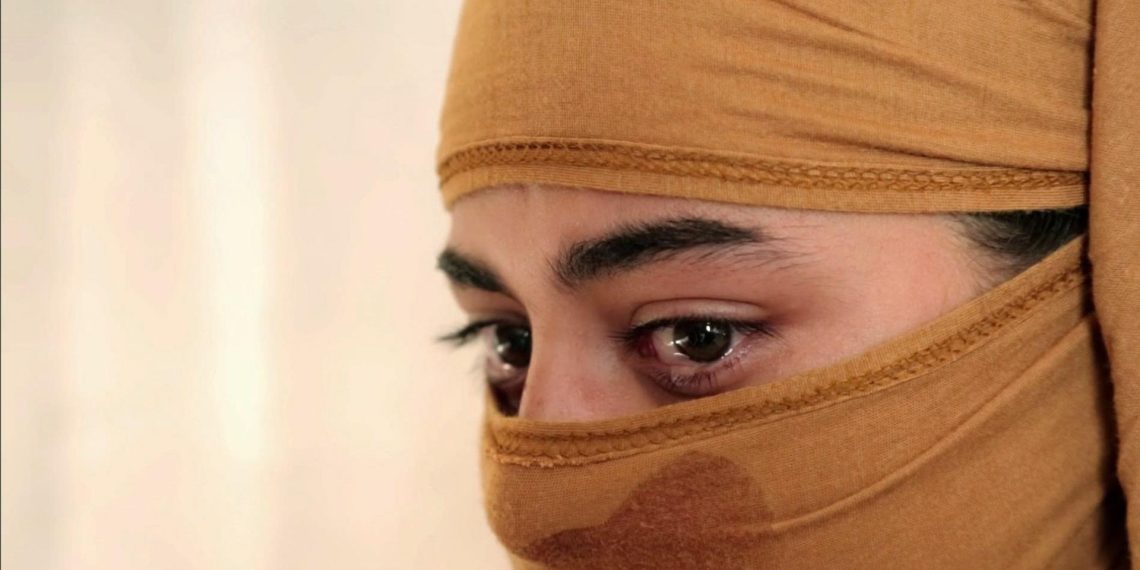 A young Yazidi woman, Wafa Ali Abbas, was rescued by the Women’s Protection Unit of the Syrian Democratic Forces (SDF) from the notorious Al-Hol camp in the northeast of the Syrian desert. This camp houses ISIS families after an eight-year trial during which she was repeatedly sold and raped by ISIS militants.

The rescue operation began with a massive hunt for ISIS militants and to root out ISIS sleeper cells and weapons. Those weapons were hidden in the sprawling camp where tens of thousands of refugees are stuck. The Al-Hol camp is run by the Syrian Democratic Forces, a Kurdish umbrella group that was a vital ally for America during the US operations against ISIS.

During the raid, SDF forces also found explosives, weapons, ammunition, and tunnels that were being used by Islamic State group militants to smuggle illicit items into the camp. The four women were rescued from these very tunnels where they were being held in chains. The fighters from Syrian Democratic Forces also arrested tens of ISIS militants during the massive raid; the US military said on Wednesday.

Nearly 50,000 Syrian and Iraqi citizens are crowded into tents in the fenced-in Al-Hol camp. Nearly 20,000 of these 50,000 people are children. The rest are women, including the wives and widows of IS fighters. There is a separate, heavily guarded section at the camp, which is known as the annex. Here, nearly 2,000 additional women and their 8,000 children from 57 other countries are held; they are considered the fiercest IS supporters.

According to the US Central Command, the Syrian Democratic Forces (SDF) found the four women in the tunnels where they had been chained, tortured, and raped. The operation had been going on for two weeks to dissolve the camp’s ISIS roots. Pertinently, the Al-Hol camp is seen as a breeding ground for extremists. The United States and some other countries have tried to repatriate the families but have had little success thus far.

Syrian Kurdish forces have intensified their searches in Al-Hol in recent months, following the attack by ISIS on a prison in Hasaka in late January, where nearly 3,000 militants and juveniles were held.

That attack left nearly 500 dead, and it took ten days of fighting between the SDF and ISIS to bring the situation under control. Since the fall of ISIS in 2019, this was the biggest attack and gave rise to these fears that the extremist group may soon stage a comeback. At Al-Hol, ISIS militants are presumed to mingle with the refugees, and they say that SDF can do nothing or only little to change the realities within the camp.

Now aged 17, a Yazidi woman Wafa was abducted in 2014 from her village Kocho, in the foothills of Sinjar Mountain, Iraq, when she was only nine years old. She was one of those unfortunate 6,000 Yazidi women and girls who were abducted by ISIS when the group seized control of the major portion of Iraq and Syria and combined the territories. She also had two other siblings, both of whom are missing. According to Wafa, ISIS militants killed the men in her village Kocho and took the women and children as slaves.

Wafaa told the military forces that this Yazidi woman was sold six times in Mosul, Iraq, and Raqqa. She was also compelled to convert to Islam and married twice to ISIS fighters. The US-led coalition and SDF managed to force ISIS out of the territory it controlled in early 2019; after that thousands of the Caliphate’s fighters and their families surrendered to SDF forces. All of them were placed in the Al-Hol camp.

Wafa, too, was brought to the camp with the many other wives and children of her last husband. She was kept confined in here and was rarely allowed to go out. The woman told the rescuers that she was unable to believe that she was finally free.

In a video provided by the Women’s Protection Units of Syrian Democratic Forces, the Yazidi woman Wafaa is shown speaking in a video call with her family members who are currently in Canada. This was the first time since she was seized in 2014 that she was speaking to any of them. The conversation went on in Arabic for the reason that Wafa had forgotten how to speak her native Kurdish language.

Wafa’s religion Yazidism predates Islam, Christianity, and Judaism. However, it is considered heretical devil worship by Muslim extremist groups. The followers of this faith have long been targeted by ISIS and Al Qaeda, along with Christians and other religious minorities in the Middle East.

When the Islamic State group took control of major territories in Iraq and Syria, the Christians were given a choice to choose either execution, conversion to Islam, or fleeing the ISIS territory. The Yazidis, however, were given no such choice.

According to SDF officials, it is likely that there are more girls, just like the Yazidi woman Wafaa, who are still in ISIS captivity. The Al-Hol camp remains to be one of those places, and only the coming days will tell whether any poorer women are awaiting the breath of freedom from the wretched extremists.